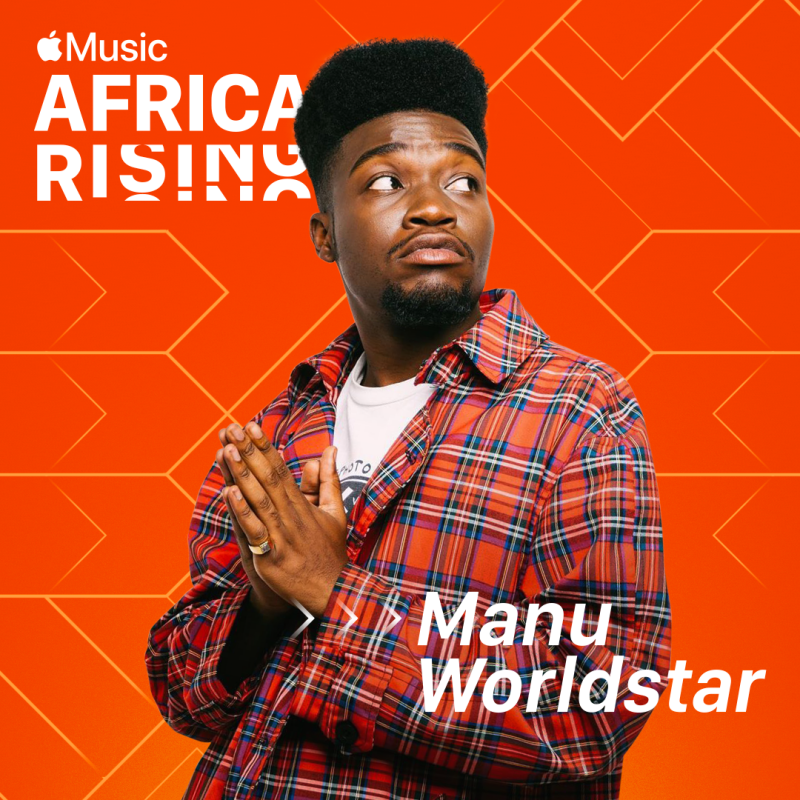 “I feel really blessed and honoured. We worked so hard on this project and the platform Apple Music is giving me with Africa Rising allows for my message to be heard by the world. Thank you Apple Music for believing in young, fresh African talent!” Manu exclaimed when asked his thoughts on his selection to be spotlighted by this prestigious campaign.

After making waves on the popular talent search competition, Vuzu Hustle, and placing in the Top 10 in 2017, Manu went on to sign an international licensing deal with Sony Music and a co-management deal with South African agency VTH Season in 2018, before releasing his debut single “Nalingi”.

The groove-laden love song has since gone viral across Africa, seeing “Nalingi” top 13 major radio and TV charts, as well as being certified platinum and reaching over 1 million cumulative streams.

Manu followed this  success with the release of “Choko”, the first single off his debut album Molimo (“My Spirit” in Lingala). He hit new milestones with the single being streamed over 250,000 times in its first two weeks andbeing added to Apple Music’s flagship Africa Now playlist.

Manu chatted to Nadeska on her Apple Music 1 show about  how it feels to be the second Africa Rising artist. Listen to the interview at https://apple.co/2YUrv39

The latest music from Manu, along with that of Africa’s hottest new artists, is available now on the Apple Music Africa Rising Playlist.

Apple Music’s Africa Rising, is an exclusive artist development programme and companion playlist geared towards identifying, showcasing and elevating rising talent and introducing the next generation of African superstars. Africa Rising will see Apple Music select six artists every year who will each receive a minimum of two months of editorial support across the Apple Music platform including the new Apple Music 1 radio station.

Africa Rising is the latest of many Apple Music initiatives aimed at taking African talent to the world. Now available in 33 countries across Sub-Saharan Africa, Apple Music 1 is home to Africa Now Radio with host Cuppy which has featured interviews with some of the continent’s hottest artists such as Tiwa Savage, Yemi Alade, Patoranking, Rayvanny, Kiddominant, Mayorkun, Fireboy DML and most recently Adekunle Gold.

Apple Music also selected Nigerian Afropop star Rema as its latest Up Next artist, following the addition of Burna Boy to the roster last year and Mr Eazi back in 2017. Up Next is Apple Music’s global emerging artist program.