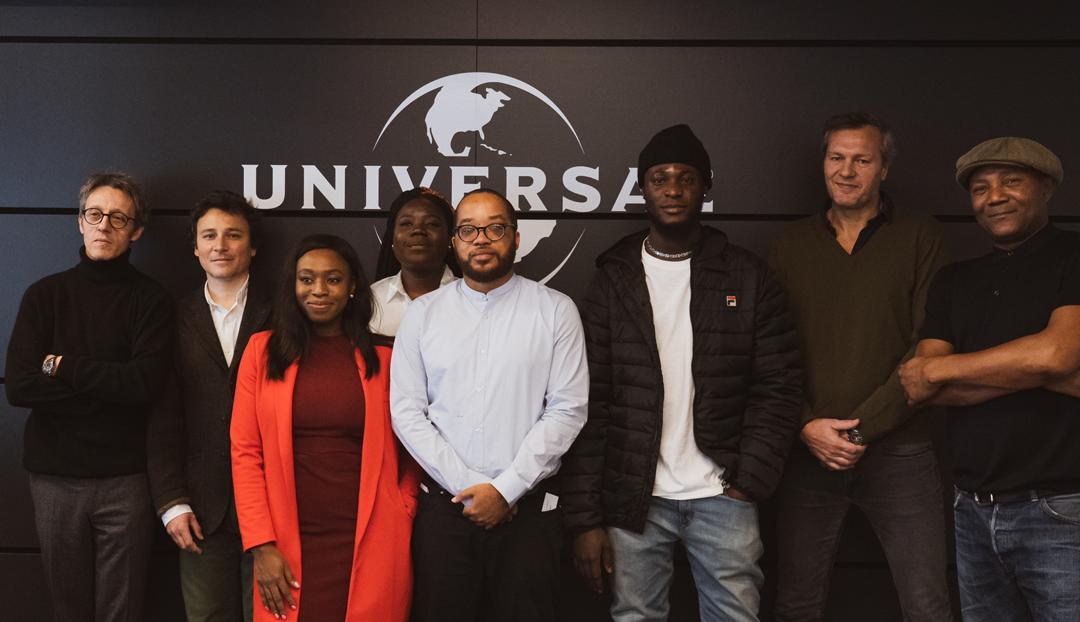 Universal Music France (UMF), a company of Universal Music Group (UMG), the world leader in music-based entertainment, has announced a strategic partnership with The  Aristokrat Group, a prominent African entertainment company known for discovering & developing one of the biggest acts in the African Music industry today – Burna Boy. With over a decade of experience in developing young African talents, Aristokrat Represents the spirit and The Sound of New Afrika.

This strategic partnership consists of a label deal and a publishing deal. The label deal intends to discover and develop African talent, and give them the opportunity to reach a global audience, thanks to the worldwide network of Universal Music Group companies. The first signings of the label deal are Kel P, Jujuboy Star and Tneeya. Kel P is a Nigerian producer, who worked with Burna Boy on his Grammy nominated album African Giant, and recently worked with Wizkid on his Starboy, The Soundman Vol 1 EP.  Jujuboy Star, is a Nigerian singer, songwriter and producer. Tneeya, is a Cameroonian singer and songwriter.  All Aristokrat Records artists will be signed via Caroline France, a Universal Music France label.

The publishing deal intends to discover and develop African artists, songwriters and producers, in order to give them the opportunity to access the global market. The first publishing signings are Kel P, Jujuboy Star and Saszy Afroshii.

Bertil David, MD, Universal Music Publishing France, said, “Aristokrat is one of the most important voices in Africa right now. The quality of their A&R, their vision and entrepreneurship is both unique and progressive. We are very proud at UMP to be able to give Aristokrat the global presence they deserve.”

Piriye Isokrari, Founder and CEO, The Aristokrat Group, said, “This is an exciting time for African musicians, producers and companies such as ours. Over the last decade we’ve been at the forefront of cultivating the sound and building sustainable structures locally and we are happy to be able to bring our music and culture to the global market through this partnership with the Universal Music Group. ”

I’m not in a war zone, I’m setting things straight over who the best rapper is- Eno Barony

Agnes Ntow issues an official statement on her YFM departure

Ghanaian actress, Bisa Gbekle has revealed that it’s not all rosy when going under the knife to get your body enhanced. END_OF_DOCUMENT_TOKEN_TO_BE_REPLACED

Ghanaian actress, Bisa Gbekle became the talk of town over the past few weeks after she flew all the way to Turkey to undergo body enhancing surgery. END_OF_DOCUMENT_TOKEN_TO_BE_REPLACED

Ghanaian actress, Bisa Gbekle became the talk of town over the past few weeks after she flew all the way to Turkey to undergo body enhancing surgery. END_OF_DOCUMENT_TOKEN_TO_BE_REPLACED

Ghanaian actress, Yvonne Nelson, has come to the defence of veteran actor, Psalm Ajetefio (TT), over his “plead for leftovers” scandal that has hit the country over the past couple of days. END_OF_DOCUMENT_TOKEN_TO_BE_REPLACED

Despite public opinion that actress Yvonne Nelson has gone silent on the current ruling party, the New Patriotic Party (NPP), she begs to differ. END_OF_DOCUMENT_TOKEN_TO_BE_REPLACED