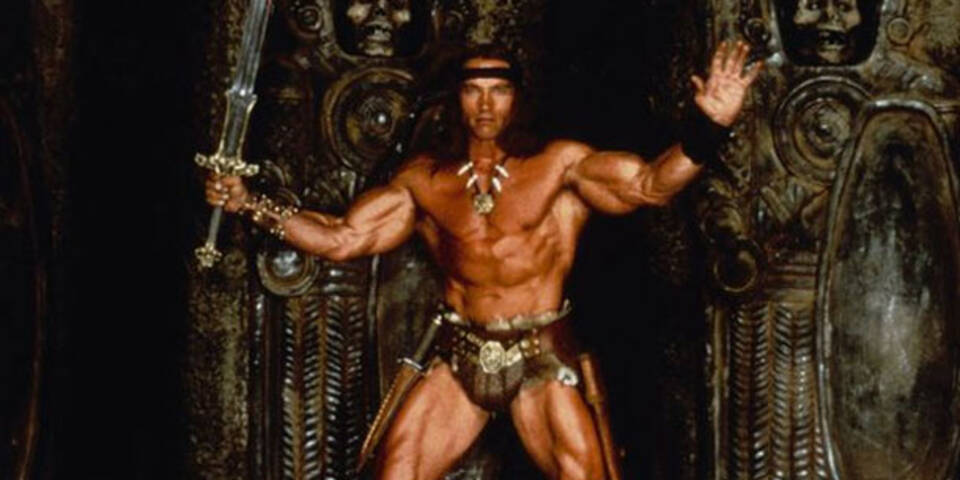 In an area close to Graz, Austria, Arnold Schwarzenegger was born on July 30, 1947. He gained notoriety as the greatest bodybuilder in the world, starting a career that would see him become a huge Hollywood icon. After playing in a number of big-budget films, Schwarzenegger entered politics and was elected governor of California in 2003.

Schwarzenegger had a really unfavorable upbringing. Arnold’s father, Gustav, was a booze-addled police chief who had formerly been a member of the Nazi Party. Gustav plainly preferred Arnold’s brother to his younger, muscly son.

When he had the chance, Gustav is said to have set his two sons against one another in addition to beating and intimidating him. He also made fun of Arnold Schwarzenegger’s early aspirations to be a bodybuilder. Schwarzenegger subsequently recounted that there was a really tense vibe at home. In fact, Schwarzenegger was so anxious and apprehensive that he eventually decided not to go to the funeral of his father, who passed away in 1972, or his brother, who had died in a car collision in 1971.

By comparison to his rivals in the bodybuilding world, Schwarzenegger was dubbed “the Styrian Oak.” In 1967, he was crowned amateur Mr. Universe. The following year, he relocated to California in order to properly train and participate in larger tournaments around the country. After that, Schwarzenegger went on to win three more Mr. Universe championships and six straight Mr. Olympia titles before calling it quits as a professional bodybuilder. When the Styrian Oak returned to the scene in 1980, he astonished the bodybuilding world by winning the Mr. Olympia title for yet another time.

Arnold Schwarzenegger got into great detail about his bodybuilding career in the book co-written by Douglas Kent Hall, Arnold: The Education of a Bodybuilder. Another astonishingly popular one has to be The New Encyclopedia of Modern Bodybuilding, written with the help of Bill Dobbins.

Arnold Schwarzenegger followed a long-held ambition of his to become an actor in films. Schwarzenegger performed the lead in Hercules in New York, but the dialogue was dubbed by another actor. In the highly lauded documentary Pumping Iron, Schwarzenegger finally showed his inherent charm and humor, which led to his leading part in Conan the Barbarian. It’s said that the Austrian-born star featured in no less than 57 movies, with the following being the most favorite out of the lot:

Predator is a bloody 80s frolic that twists the meathead-army-guys stereotype and turns them into targets as an invisible, more sophisticated opponent pursues them in an unfamiliar land. It offered viewers a cool extraterrestrial with dreadlocks, fishnets, and cloaking abilities. The movie is among the finest of Arnold Schwarzenegger’s collection and stands as a testimony to his career.

With cutting-edge effects that still look so wildly good, Terminator 2 somehow improved on a movie that was already so spectacular. Trending with Disney films of late, bizarrely, this was the first proper movie to transition a film’s main villain and reposition them as a hero. It remained popular for many years, so much so that several designers, developers, and publishers came together to create an arcade game to its name. Even Microgaming saw it as a vast potential, eventually releasing its Terminator 2 slot game to more than one top no deposit bonus casino.

End of Days does not get nearly enough appreciation. Arnold is pitted against Satan himself, guarding a lady on the eve of the century, and with the occult, religious, and Satan worship among the most prominent themes. It is so far-fetched to think of Schwarzenegger as this sad, shattered alcoholic, particularly when compared to Gabriel Byrne’s crafty and beguiling Satan in the film.

Related Topics:Arnold Schwarzenegger
Up Next

Woman accused of selling her baby boy for £3,000 to pay for nose surgery

American rapper, Fish Scales is fortunate to be alive after he was shot, robbed and kidnapped outside an Atlanta brewery he co-owns. END_OF_DOCUMENT_TOKEN_TO_BE_REPLACED

19-year-old Florida rapper Smokingskul has just shared his new single and video “Nina”. Smokingskul is at the helm of a new era of plugg music known as “dark plugg”which substitutes the ethereal sounds of “plugg” with more tonal melodies that are accentuated by distorted percussion, producing a grimey, DIY sound. END_OF_DOCUMENT_TOKEN_TO_BE_REPLACED

Drake officially has more slaps than The Beatles. END_OF_DOCUMENT_TOKEN_TO_BE_REPLACED

Swizz Beatz and Timbaland have filed a lawsuit against Triller, claiming the company still owes them $28 million for the sale of their Verzuz series. END_OF_DOCUMENT_TOKEN_TO_BE_REPLACED