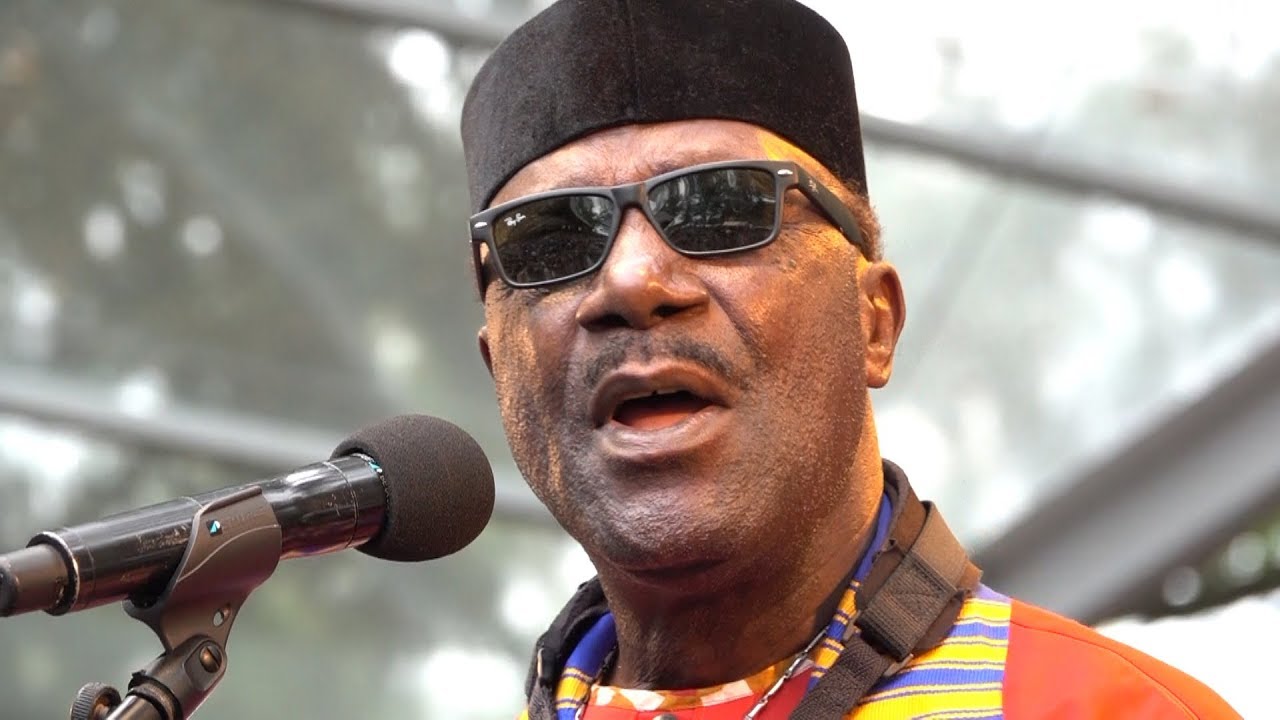 Veteran musician Gyedu-Blay Ambolley has said none of the current artistes reigning in the industry is doing authentic Ghanaian music especially highlife.

According to him, although he liked music from some selected artistes after his return to Ghana, the music instrumentals they put their works to, he said, are not ones that “identify us as Ghanaian”.

“Every country has its music and we have ours, so, if we want to let the world know what we have we have to identify,” he said on Showbiz A-Z, on Saturday.

He said that many of these new crops of artistes are not investing in the creative process.

“They haven’t taken the time to learn music so they are always depending on the beatmaker. They put their hope into Somebody who is only standing there with the fruity loops, cutting and pasting beats to form a rhythm,” he told Naa Ashorkor, host of the show.

Ambolley said that musicians from his days did rehearsals before recording, discussing what will be good for the song they are working on.

“Back in the day, it was from human to human, because when we go to rehearsal, there’s drummer, bass player, guitarist, everything is there recorded live and we share ideas.”

He said that music is language hence these acts must put efforts into learning the nitty-gritty of the language to be able to give it their all.

Ambolley added that he and his colleagues were lucky to learn from their predecessors, unlike the new acts.

He said that these acts are reluctant to ask for the help they need from the veterans adding that “we all got up and went to learn, they need to come to us. You go to school, the school does not come to you.”

The younger once are the future but they need to be schooled. They have good music but if they have to put out music, it has to be done properly so it can cross the borders, he added.

“If you do it locally it stays here and people just get fed up (of it) easily you don’t hear it anymore.”

Ghanaian Pizza brand, Pizza Inn has opened a new branch in East-Legon and has FREE pizza pies and more to share this christmas season. END_OF_DOCUMENT_TOKEN_TO_BE_REPLACED

Dancehall act, Stonebwoy has hinted that his legal team is taking serious action against his former signee Kelvynboy for comments he made after he was attacked in Ashiaman recently. END_OF_DOCUMENT_TOKEN_TO_BE_REPLACED

Internet sensation and “King of Gh Rap”, AY Poyoyo has caught the international audience with his unique style of music. END_OF_DOCUMENT_TOKEN_TO_BE_REPLACED

Canadian singer, Justin Bieber has reacted to the sexual assault allegation made against him by a Twitter user identified simply as “Danielle” with evidence. END_OF_DOCUMENT_TOKEN_TO_BE_REPLACED