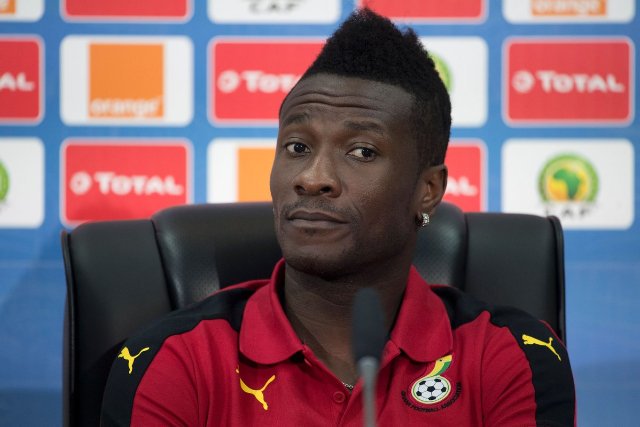 Ghana legend Asamoah Gyan has confirmed his move to India and signed for Super League side NorthEast United.

The 33-year-old striker has joined the Highlanders on a free transfer after leaving Turkish club Kayserispor at the end of last season.

“I am extremely excited to start this new chapter in my career. I have heard great things about NorthEast United FC and the Indian Super League and I am thrilled to be a part of it for the upcoming season. I am confident that we can better the wonderful season the club had last year,” Gyan said.

NorthEast United Executive Director, Priya Runchal added: “We are thrilled to have a player of Gyan’s calibre and experience join our squad. He has continuously delivered excellence at the highest of levels of world football and we are confident that he will add a lot of firepower on the pitch here.”

NorthEast United is Gyan’s 10th club in a career which started in Ghana with Liberty Professionals. He has played in Italy, France, England, United Arab Emirates China and Turkey.

Gyan has been an integral part of Ghana’s national team since his debut in 2003 at the tender age of 17. He is the country’s leading scorer with 51 goals in a record 107 appearances.

Black Sherif is getting ready to release his debut album, and the tracklist has everyone excited. END_OF_DOCUMENT_TOKEN_TO_BE_REPLACED

The Ghana Police Service has mounted a search for a man who was caught on video flogging a baby under a tree. END_OF_DOCUMENT_TOKEN_TO_BE_REPLACED

Broadcaster, Serwaa Amihere has advised women not to put too much stress on their men as they may be going through a lot. END_OF_DOCUMENT_TOKEN_TO_BE_REPLACED

Dr. Edem Mahu from the University of Ghana, has received the “Africa Award for Research Excellence in Ocean Sciences” from AGU. END_OF_DOCUMENT_TOKEN_TO_BE_REPLACED

A brand-new Alisa Hotel location in Tema was unveiled on Friday, September 30, 2022 in pomp.  END_OF_DOCUMENT_TOKEN_TO_BE_REPLACED