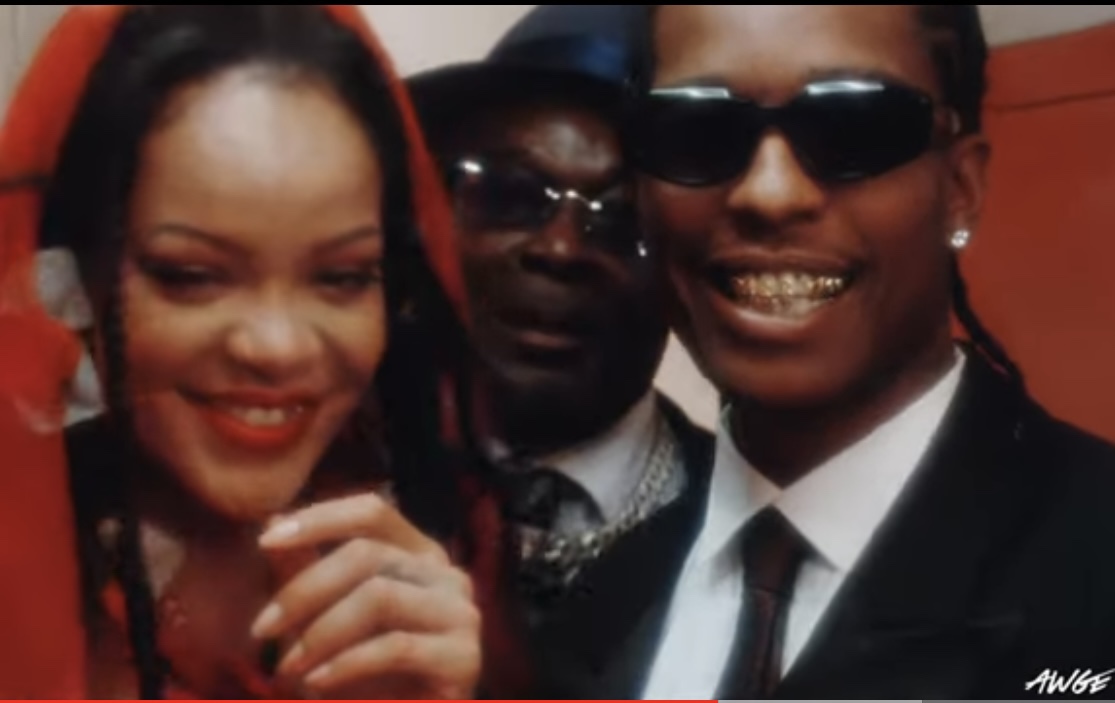 The cute proposal was captured in the latest music video from the rapper.

In one of the scenes, Asap was dressed in a suit, wearing gold grills which spelt out “Marry Me”.

Rihanna was also captured in a veil, also wearing grills that says “I do”.

While they’ve been friends for nearly a decade, Rihanna and A$AP Rocky began sparking relationship rumors in late 2020.

Related Topics:Asap Rocky
Up Next

Chris Brown has said the public is only interested in negative news about him but go silent when he drops an album. END_OF_DOCUMENT_TOKEN_TO_BE_REPLACED

Congratulations are in order for singer Jhené Aiko and rapper Big Sean as they are reportedly expecting their first child together. END_OF_DOCUMENT_TOKEN_TO_BE_REPLACED

Videos have emerged of the moment a Russian ice hockey star who signed a million-dollar contract with an American team was rounded up by Russian policemen and taken to an army enlistment office before he is sent to fight in the war in Ukraine. END_OF_DOCUMENT_TOKEN_TO_BE_REPLACED

A woman who flashed a gun before attempting to make her way into Diddy’s BET after-party was arrested outside the mogul’s house. END_OF_DOCUMENT_TOKEN_TO_BE_REPLACED

Andy Goram has died at the age of 58 after a short battle with cancer. END_OF_DOCUMENT_TOKEN_TO_BE_REPLACED