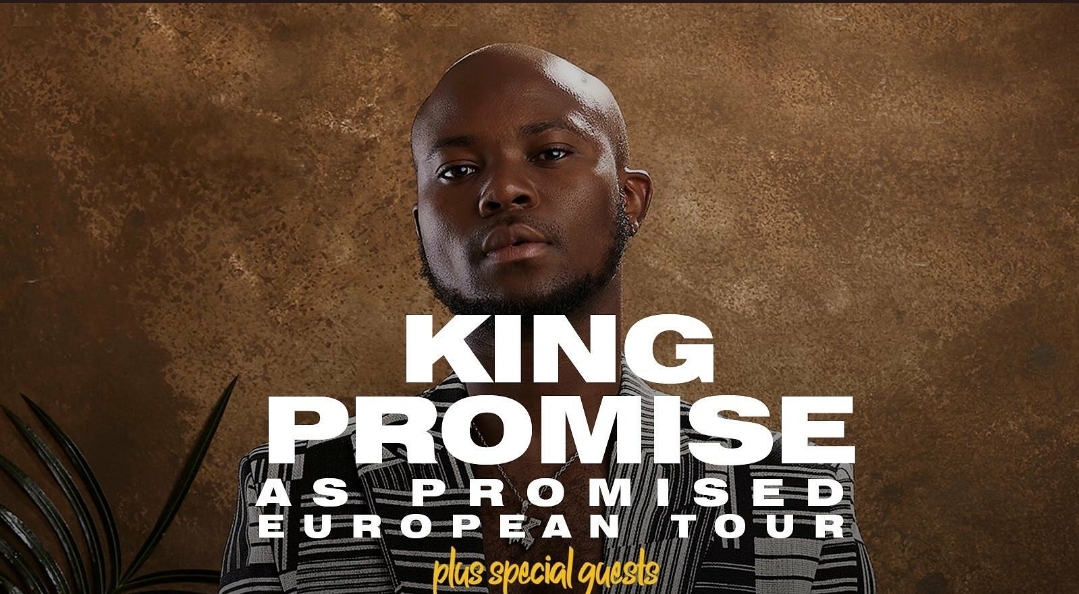 Ghanaian musician King Promise is set for his 2020 European tour which will see him perform in 5 countries.

From 5th March, the ‘Commando’ singer will begin the tour that will see him perform in LONDON, AMSTERDAM, BERLIN, HAMBURG and BRESCIA.

Dubbed the “As Promised European Tour 2020”, the schedule, will end on 11th March with a performance in Netherland, Armsterdam.

King Promise took to his social media accounts to make the announcement.

Grammy award-winning Nigerian musician, Burna Boy is trending on Twitter over his choice of outfit at a recent concert. END_OF_DOCUMENT_TOKEN_TO_BE_REPLACED

Vanessa Obeng, who represented the Bono East and Florida, has been  crowned MissGhana USA  2022 at the finale held at the Atlas Performing Arts Center Washington DC on the 25th of June 2022. END_OF_DOCUMENT_TOKEN_TO_BE_REPLACED