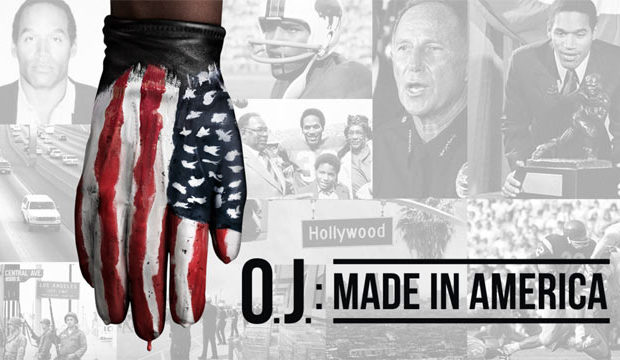 It’s one of the most ambitious and sweeping sport documentaries ever made and it’s coming to DStv. On Monday, OJ: Made in America will launch on SuperSport, playing out in primetime until Friday. The documentary series will broadcast on SS1 at 5pm from Monday to Friday.

The series, first produced for ESPN 30 for 30 , revisits the so-called Trial of the Century, when renowned former American footballer OJ Simpson was tried on two counts of murder in the mid-1990s. OJ: Made in America revisits many of the critical points of the trial: the domestic abuse, the police investigation, the white Bronco chase, the motive, the blood, the glove and, inevitably, the verdict and the aftermath. “It is,” said Kenneth Turan of the Los Angeles Times, “a movie so compelling you want it never to end.”

According to the film makers, the show is the defining cultural tale of modern America – “a saga of race, celebrity, media, violence, and the criminal justice system.” Even now, 25 years after the dramatic case, new details have come to light that are revealed in the documentary and give it a relevance that endures.

Given the quality of the film, it’s no surprise that it won the best documentary feature Oscar in 2017. Drawing from 70-plus interviews, many of them with individuals at the heart of the riveting story, OJ: Made in Americais a powerful reminder of a tantalising saga that transcended sport and became a cultural, social and criminal landmark.

Visit SuperSport.com for more information . For products and services available on DStv, visit www.DStvafrica.com . Download DStv Now to catch your favourite sports themed content remotely wherever you are. Don’t forget to download the MyDStv App to manage your account from the comfort of your home.

Related Topics:OJ Simpson
Up Next

On Tuesday, August 2, Netflix hosted a “See What’s Next Africa” content showcase in Lagos, Nigeria, to spotlight its increased investment in Africa’s rich storytelling history through exciting new projects in a wide range of genres and formats that will be available in 190 countries. END_OF_DOCUMENT_TOKEN_TO_BE_REPLACED

Religious fanaticism and extremism have plunged countries into chaos and conflict the world over. Countries in West Africa that have been affected include Nigeria, Burkina Faso and Mali among others. END_OF_DOCUMENT_TOKEN_TO_BE_REPLACED

The meteoric rise of the African entertainment industry into a reckoning force within the global entertainment landscape has been accentuated by MTV Base’s tireless commitment to expanding the acceptance of African music, lifestyle, and entertainment across the globe. Over the last two decades, and in recent times, it has affirmed this commitment with various innovative campaigns, the most recent of which is its Musicology series.   END_OF_DOCUMENT_TOKEN_TO_BE_REPLACED