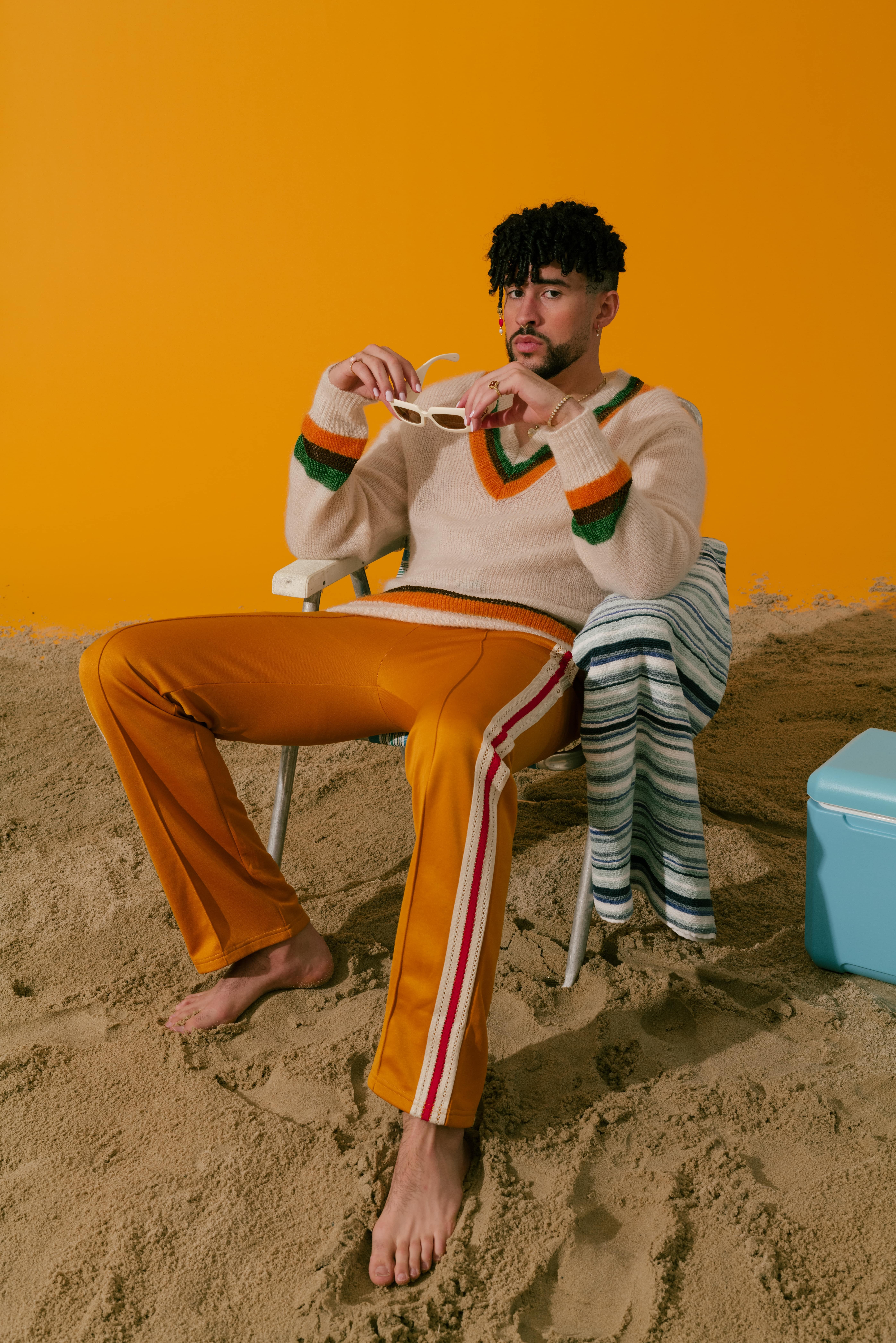 The moment that millions of fans around the world have been waiting for has finally arrived: the release of the multi-platinum international singer-songwriter Bad Bunny’s new album. The multiple GRAMMY® and Latin GRAMMY® award-winning artist released his album “Un Verano Sin Ti” today, revealing a new era for his music. An era in which he challenges his own creative abilities and finds new versatility that reaches into uncharted areas of his unrivaled talent. The new 23-song album is now available on all digital streaming platforms.

Bad Bunny worked on this new album at the hand of high caliber producers, including MAG and Tainy, along with his long time engineer Beto “La Paciencia.“ With them he created diverse musical pieces, that together form a fascinating mosaic of sounds. Shifting from reggaeton and dembow, mambo and merengue, to the influences of reggae, pop, indie, rock and afrobeats – all the songs have one thing in common: they are sounds inspired by the rhythms of the Caribbean.

“Un Verano Sin Ti” is a special album for Bad Bunny, full of good energy, it is the perfect album to take on vacation and use as the soundtrack for some of life’s most meaningful memories. Each song conveys a captivating journey of emotions that alludes to some of the most memorable experiences Bad Bunny has enjoyed in the summers he has lived. The album artwork was designed by Ugly Primo, and symbolizes the feeling behind the album, which is when a person puts aside the sadness and loneliness they feel and decides to just live in the moment, with happiness, positive vibes to make the most of their summer.

Composed of 23 unreleased songs, the album has the perfect recipe and is destined to become one of the most iconic albums in music. It has prominent collaborations such as “Me Porto Bonito” with Chencho Corleone, “Tarot” with Jhayco, “Andrea” with Buscabulla and “La Corriente” with Tony Dize. As if that weren’t enough, it also features collaborations that have been highly anticipated by fans, such as “Party” with Rauw Alejandro, “Ojitos Lindos” with Bomba Estéreo, and “Otro Atardecer” with The Marias.

Since the beginning of the year, Bad Bunny has been dropping hints about the premiere of the new album in his videos with Gabriela Berlingeri and Mario Casas. After seeing the reactions to these videos, it is easy to predict that with the album, Bad Bunny will continue making history in the music industry and further uplift Hispanic culture on a global scale. Just a few days ago, the artist made his debut on the prestigious red carpet of Met Gala 2022 where he was named one of the best dressed by multiple media outlets. Dressed by Burberry, he captivated everyone with one of the outfits most in line with the nights theme.

On the other hand, Bad Bunny shocked the entire world after Sony Pictures announced he would star in the next Marvel movie, “El Muerto,“ a production derived from the acclaimed Spider-Man saga. With this movie, Bad Bunny will be making history as the first Latino to headline a live-action Marvel movie. Currently, the artist celebrates the premiere of his new album, and continues to prepare for his global stadium tour “World Hottest Tour 2022,“ which will begin in Orlando, FL on August 5th. Tickets for the tour are available viahttps://worldshottesttour.com.

Related Topics:Bad Bunny
Up Next

As earlier reported, on Wednesday (June 29), R. Kelly received 30 years in federal prison for sex trafficking and racketeering. Today (July 1), new details have been shared regarding the terms of his sentencing. According to reports, the “Ignition” singer must undergo sexual treatment if he is ever released. END_OF_DOCUMENT_TOKEN_TO_BE_REPLACED

US based British comedian/TV host, James Corden went to the White House as part of a segment for his tv show ‘The Late Late Show’ and posed as president Joe Biden’s personal assistant . END_OF_DOCUMENT_TOKEN_TO_BE_REPLACED

Taylor Swift is engaged to her British boyfriend Joe Alwyn, according to reports. END_OF_DOCUMENT_TOKEN_TO_BE_REPLACED

INTERPOL, in collaboration with the US Secret Service, South African Police and other agencies, has arrested an alleged Nigerian cybercrime kingpin, James Aliyu, in connection with $12m romance scam and business email compromise fraud. END_OF_DOCUMENT_TOKEN_TO_BE_REPLACED