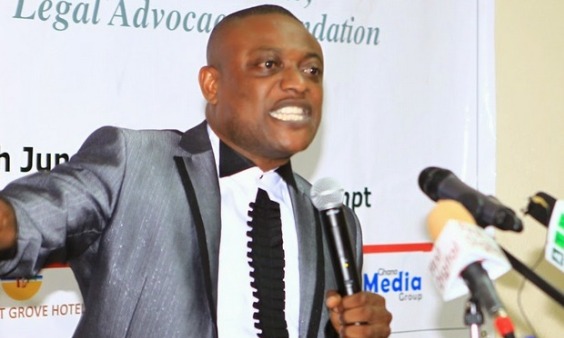 Legal practitioner Maurice Ampaw has suggested that Dancehall artistes Stonebwoy and Shatta Wale must sue the board of the Vodafone Ghana Music Awards (VGMAs), over their ban and the stripping of their awards.

Lawyer Ampaw, who was speaking on UTV’s 10 pm News, said it was wrong for the VGMA Board to take such a harsh decision without giving them any hearing.

“You cannot just take a harsh decision on the two artists without hearing their side, that was not fair. The VGMA Board should have summoned the two artists before a disciplinary committee and explained to them the meaning of their actions and the punishment for that, and then allowed them to explain their actions before taking a final decision on them. In all this, the sanction for both Shatta Wale and Stonebwoy was too much for one offense,” he stated.

According to Maurice Ampaw, one principle in law is to allow the offender to tell his or her side of the story before coming to a final decision.

He said the matter was in court so the best decision was for the board to wait for its conclusion before taking a decision.

“What if the court clears them of all charges? That would be a big blow to the VGMA Board for rushing to take that decision.

The final list of winners for 2019 Ghana Music Awards

“That means that you have ruined their brands and their music career. We need to come to an agreement among all parties before a final decision is made,” he added.

Lawyer Ampaw said Charterhouse was to be blamed for the incident. “How was a gun able to get into the auditorium in the first place? Why was security not able to stop Shatta Wale and his team before they hit the stage? I would have personally sued Charterhouse for my safety if I had attended the event,” he said.