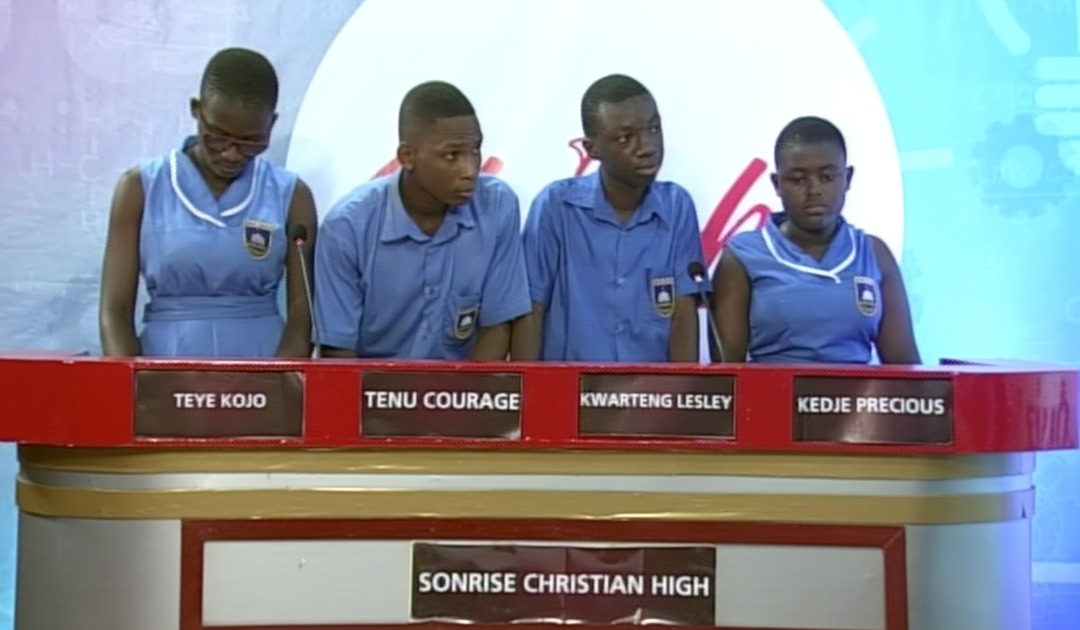 Former champions Ghana Christian International High over the weekend saw a first round exit in The Sharks Quiz at the expense of Sonrise Christian High – another private school based in Ho. This came as a shock to many fans, who had predicted Ghana Christian High to make it at least to the semifinals, a trend that they have kept at over the past two seasons.

The first-timers, Sonrise Christian High, who are known for upstaging Opoku Ware School in the National Science and Math Quiz in 2018, ensured a repeat of their bogey-side status. This the team accomplished with a combination of apt quiz techniques and an appreciable all-round knowledge in the four key areas: Literacy, Numeracy, STEM and Social Literacy. It was a topsy-turvy encounter though. Sonrise led in the first and third rounds, while Ghana Christian International High led in the second and ensured a tie in the final round thanks to correct question from Ewuraba in the English round.

At the end, it had to be a tie break that will separate these two sides. First year student, Kwarteng Leslie who was the star of the contest answered the Math question in time. 95 points to 85 points it ended.

At the junior level, third place finishers from last year, Manna International School saw off Crown Prince Academy in a one-sided contest. The scores were 125 to 55 points in favor of the Kumasi-based school.

The excitement still continues in The Sharks Academic Competition. The first of the quarterfinal series starts next Saturday with defending champions Opoku Ware School meeting Presec- Legon at the Seniors level and British Columbia College facing off Tema-based DPS international. The contests shows on TV3 (DSTV 279) every Saturday from 2.30pm and streams live on The Sharks Facebook page.