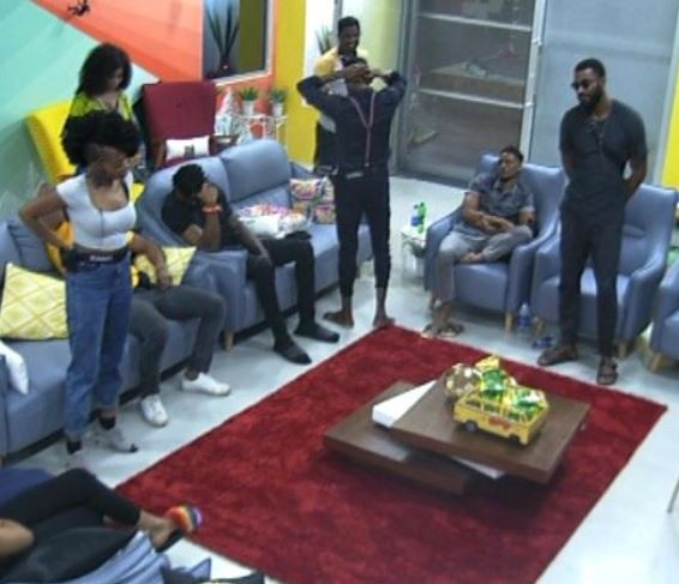 Cindy Okafor, one of the housemates of the 2019 Big Brother Naija reality TV show has been evicted from the ‘Pepper Dem’ house.

She was evicted on Friday in a surprise eviction, that the organisers of the show announced on Thursday night.

Evictions were routinely done on Sunday nights on the show when the housemate with the lowest votes go home.

However, with the introduction of the surprise eviction, some of the housemates, who are up for possible eviction this week, maybe shown the exit between today (Friday) and Monday.

Housemates up for possible eviction this week are Cindy, Elozonam, Ike, Mike and Tacha.

In another of Big Brother’s plot twist, another housemate will be evicted again today.

Cindy’s exit is coming after spending a total of 89 days and nine weeks in the house. Cindy emerged the Head of House on September 9, 2019.

This is the 10th eviction and 11th live eviction show on the Big Brother Naija Pepper Dem edition which kicked off on June 30, 2019.

Prior to Cindy’s eviction, Mercy and Tacha set social media ablaze with a dramatic fight they were caught in.

The genesis of what exactly sparked the fight is unclear but the two were caught in a disagreement, which quickly escalated into a near bloody fight after Tacha pulled Mercy’s hair and the latter also raised an electric iron to hit her.

Watch the fight below.

Continue Reading
Advertisement
You may also like...
Related Topics:BBnaija