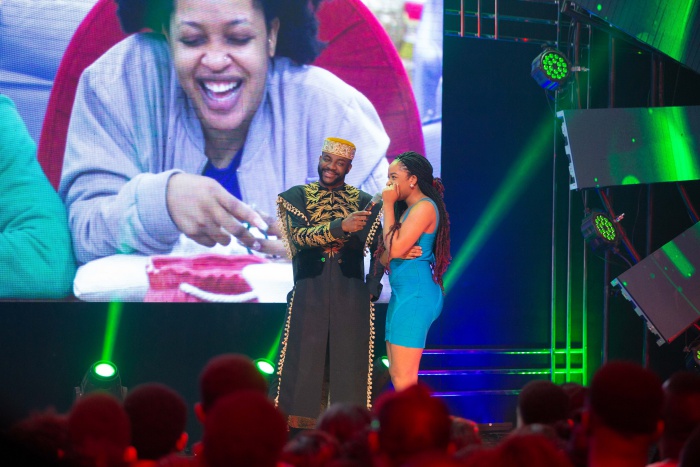 Double Evictions are here again as Joe & Enkay have been evicted from the Big Brother Naija “Pepper dem” house. Joe & Enkay who were evicted on Sunday 2019 are the Ninth & Tenth housemates to leave during the live Sunday night show. The two faced possible eviction alongside “The Icons” Tacha, Ike, Elozonam, Cindy, Frodd, Khafi, and Omashola after losing the nomination challenge to “Cruisetopia” on Monday.

Earlier in the week, Seyi emerged winner of the Head of House challenge for the second week in a row, while Diane who won the Veto Power Holder challenge saved Sir Dee and replaced him with Joe.

On Sunday night, The BBNaija live eviction show featured an energetic performance from Nigerian rapper/singer, Lil Kesh who entertained the audience with his hit single ‘Efejoku’, and his other hit single ‘Shele Gangan’ and “Flenjo” whilst DJ Humility thrilled the crowd with hits back to back.

There are now 16 housemates left in the race to win the 30-million-naira cash and 60 million worth of prizes courtesy of Big Brother Naija. Fans can VOTE FOR FREE on the website and mobile site africamagic.tv/bigbrother. Voting starts every Monday night at 6:30pm; after the Nomination show and closes the following Thursday at 8pm. Visit the website for more information. The drama continues LIVE, 24/7 on all DStv packages on channel 198 and on GOtv Max and GOtv Plus packages only on GOtv channel 29/Ghana 129/Uganda 329.