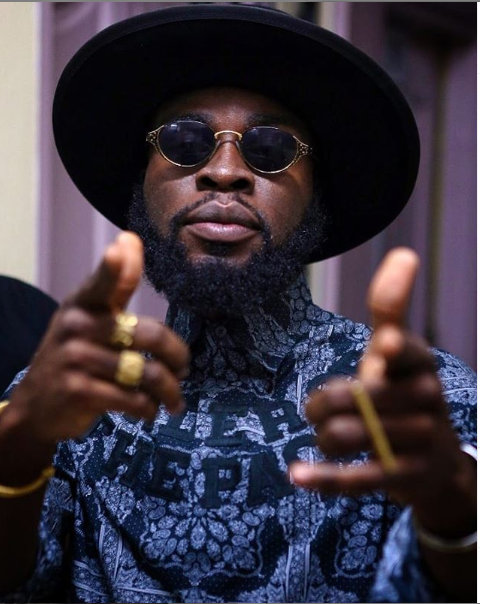 Ghanaian rapper, M.anifest has stated that he having ‘beef’ in the music circle  is a new currency for artists.

According to the him, attention is the new currency, hence music artists in Ghana and all over the world, engage in it to get the attention they need to sell the music.

“It is part of life but also people really recognize the financial benefit of attention. Attention is the new currency, attention is the new drive that everybody feeds on and beef is the easiest way to get attention, M.anifest disclosed in an interview on BBC News’ “Focus on Africa.”

The rapper, who has in the past, had a musical war with Sarkodie stated that although that happened, he doesn’t have ‘beef’ with individuals but with institutions.

“Me, I have beefs with the institutions,” he said while laughing.

He continued; that is life. Life is a lot about different philosophical points of view, always going at each other whether it’s in literature, politics, religion etc, so we’ve just inherited the world,” he noted.

Watch: M.anifest explains why he barely uses swear words in his music

What a time to be an African! On the back of a successful Global Citizen Festival in Accra, and a visit of  Recording Academy CEO, Harvey Mason Jr to Ghana, his first trip to West Africa, it appears that Afrobeats may soon get its individual shine at the Grammys! END_OF_DOCUMENT_TOKEN_TO_BE_REPLACED

The School of Graduate Studies of the University of Professional Studies (UPSA) has honoured Ghanaian musician, Rebecca Acheampong known popularly as Becca for her outstanding academic achievements. END_OF_DOCUMENT_TOKEN_TO_BE_REPLACED

Platinum selling artist, KiDi has reacted to the resurfacing of his old tweets on the social media platform. END_OF_DOCUMENT_TOKEN_TO_BE_REPLACED