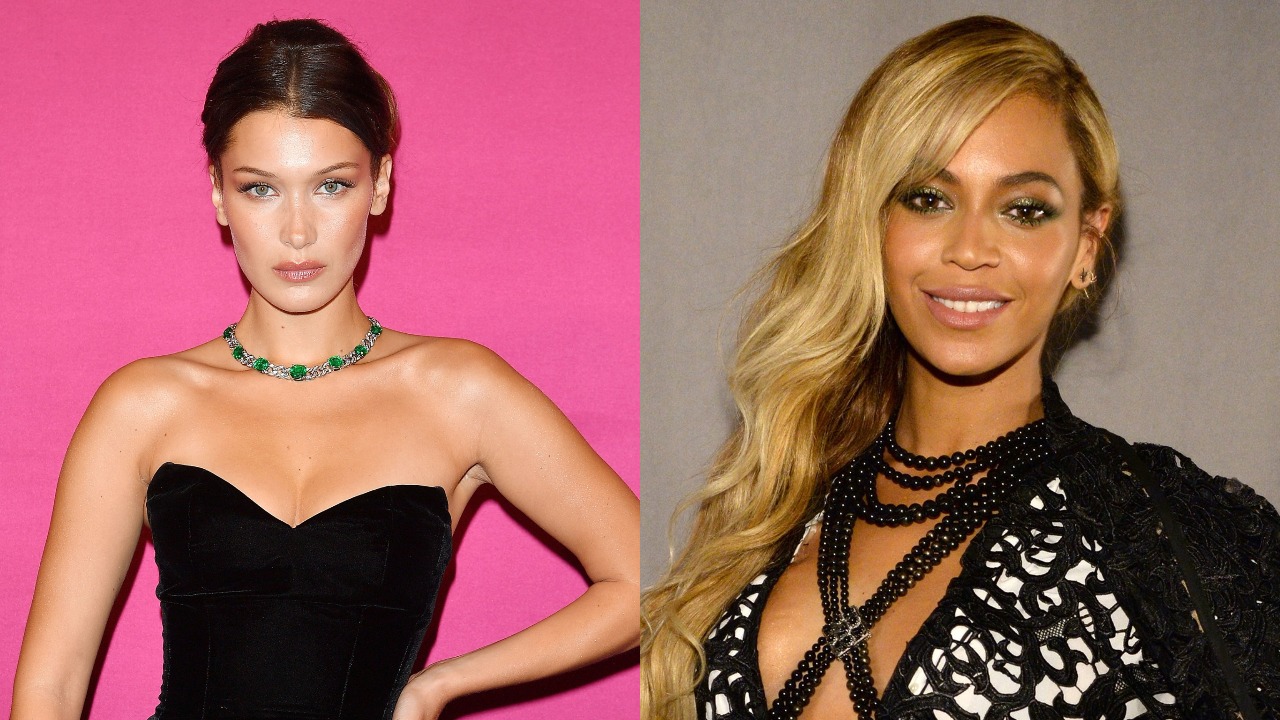 American model, Bella Hadid has been named as the most beautiful woman in the world, according to the ‘Golden Ratio of Beauty’.

The 23-year-old was found to be a 94 per cent match to the ratio, a mathematical equation known as Beauty Phi devised by the ancient Greeks.

In second place was Beyoncé was who was a 92.44 per cent match, and taking third place was Amber Heard with 91.85 per cent.

They calculated the perfect face shape, including the size and position of the lips, nose, chin and jawline with Bella’s features most closely matching the ideal ratio. The top ten list was compiled by a Harley Street clinic surgeon, Dr Julian De Silva, who used digital facial mapping to see how modern celebs matched up.

Bella came out on top with a 94.35 per cent match, although her sister, fellow supermodel Gigi Hadid, 24, failed to make the top ten.

“Bella Hadid was the clear winner when all elements of the face were measured for physical perfection. She had the highest overall reading for her chin which, with a score of 99.7%, is only 0.3% away from being the perfect shape.

Bella also came second behind Scarlett Johansson for the positioning of her eyes. Beyoncé ran her a close second, scoring the highest marks for the shape of her face (99.6%) and getting very high scores for her eyes, brow area and lips,” Dr. De Silva said.

Keke Wyatt is pregnant with baby no. 10, her first with husband Zackariah Darring

27-year-old boxer, Patrick Day dies of brain injury after he was brutally knocked out in the ring

As earlier reported, on Wednesday (June 29), R. Kelly received 30 years in federal prison for sex trafficking and racketeering. Today (July 1), new details have been shared regarding the terms of his sentencing. According to reports, the “Ignition” singer must undergo sexual treatment if he is ever released. END_OF_DOCUMENT_TOKEN_TO_BE_REPLACED

US based British comedian/TV host, James Corden went to the White House as part of a segment for his tv show ‘The Late Late Show’ and posed as president Joe Biden’s personal assistant . END_OF_DOCUMENT_TOKEN_TO_BE_REPLACED

Taylor Swift is engaged to her British boyfriend Joe Alwyn, according to reports. END_OF_DOCUMENT_TOKEN_TO_BE_REPLACED

INTERPOL, in collaboration with the US Secret Service, South African Police and other agencies, has arrested an alleged Nigerian cybercrime kingpin, James Aliyu, in connection with $12m romance scam and business email compromise fraud. END_OF_DOCUMENT_TOKEN_TO_BE_REPLACED