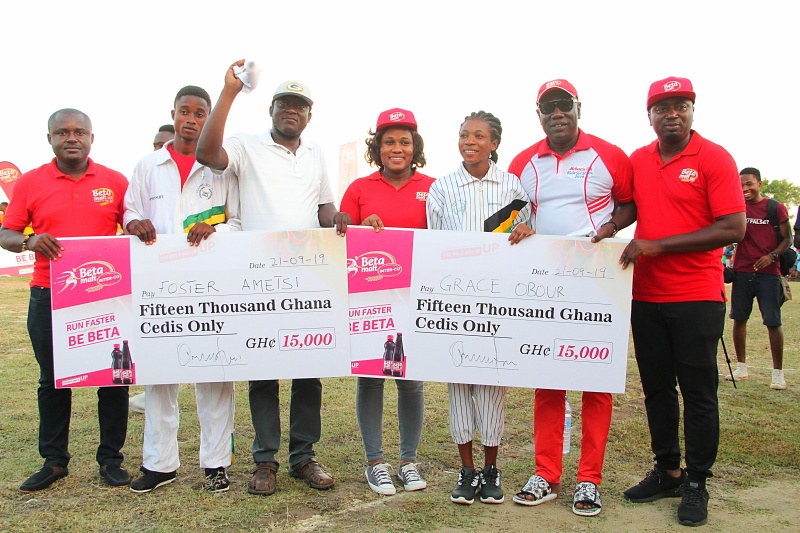 This year, ABL, manufacturers of Beta Malt, a nourishing true malt beverage, partnered the Ghana Education Service (GES) to organise the “Beta Malt Interco”. As sponsors of the popular Inter-Schools and Colleges Athletics Competition (Interco), Beta Malt has refreshed hundreds of athletes over the last six months from the preliminary stages all the way through the regionals of the contest. Notably, top performing athletes have also been rewarded with packs of Beta Malt drinks and branded souvenirs. Head of Marketing, Ms. Ewurafua Addo-Atuah, commenting on the accomplishment of the partnership, affirmed that “physical education and sports remained important disciplines that provided holistic intervention to developing the mental and physical aspects of the body of young people and what better way to inspire athletes to go all the way up with Beta Malt”.

The opening ceremony for the athletics competition on Thursday,19 September 2019, showcased 720 athletes made up of equal halves of males and females.

Beta Malt Brands Manager, Mrs. Portia Offei Asare, urged the athletes to strive for success with Beta Malt as their beverage companion, on their way up to becoming a new generation of athletic ambassadors for the country.

The overall best male and female athletes at the National Sports Festival will receive tertiary scholarships from Beta Malt worth GHS30, 000.

Related Topics:Beta Malt
Up Next