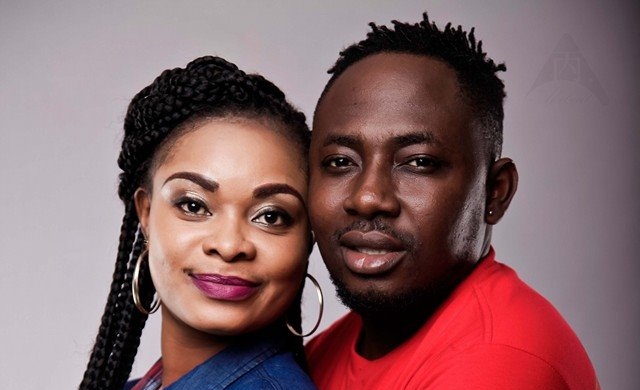 Ghanaian actress Beverly Afaglo has said that her husband, Eugene (Choirmaster) of Praye fame, has been sidelined by other members of the music group.
Speaking to Zion Felix in an interview, the actress revealed that Praye Tintin and Tietia have been working on some business deals without her husband’s knowledge.

According to her, The group(Praye) except her husband, campaigned for the ruling party in Ghana-NPP prior to the 2016 elections.

Beverly said after the group came back together, the NPP party has been taking Praye to places that they don’t go with Choirmaster and she doesn’t know why, adding, maybe his colleagues decided to do so because of the money involved.

The actress stated that she has heard that the two members of the group went to the presidency in her husband’s absence.

Responding to a question asked about the current state of the group, Beverly revealed that they recently released a song together but they’ve not been promoting the song because of their busy schedules.

Grammy award-winning Nigerian musician, Burna Boy is trending on Twitter over his choice of outfit at a recent concert. END_OF_DOCUMENT_TOKEN_TO_BE_REPLACED

Vanessa Obeng, who represented the Bono East and Florida, has been  crowned MissGhana USA  2022 at the finale held at the Atlas Performing Arts Center Washington DC on the 25th of June 2022. END_OF_DOCUMENT_TOKEN_TO_BE_REPLACED