<![CDATA[&nbsp; Its been almost a year since the end of the last Big Brother Naija which unarguably was the most controversial Big Brother Nigeria season ever. The Big Brother organizers had their twists and turns when It came to the game but little did we know that the housemates also had their own twists and turns that would have continued even after the show wrapped up. The finalist were definitely the most controversial Cynthia Nwadiaora, Toby Bakre, Miracle Ikechuku, Alex Unusual and Nina Ivy. The tension between housemates Cynthia(ceec) and Alex seem to have continued even after the show, although both ladies have denied countless times via Interviews that things are cool between them but the fans seem not to want to be a part of their lies as one can clearly feel the cold war via the ex housemates Instagram captions.  Alex seem to have reached a million followers on Instagram few days ago and she celebrated it In way fans considered kind of dramatic, Alex went live on Instagram thanking fans and shed quite a few loud tears during the process, A few days later, fellow social media rival Cynthia reached the same milestone and posted a very sensual photo with a caption that most of Alex's fans thought was directed at her.  The caption read''Shallow waters are noisy, deep waters are silent''.  We could only hope for these two to reach a common ground and resolve their issues especially after bagging multiple endorsements.<a href="https://adm.nyc3.digitaloceanspaces.com/2018/10/cynthia-horz.jpg" rel="noopener"> 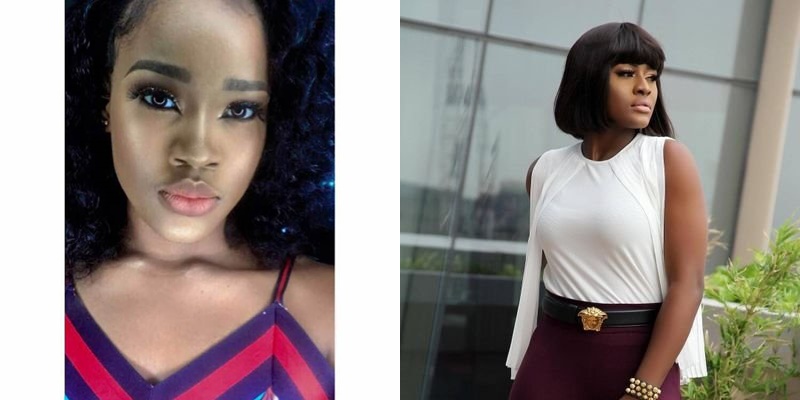 Timi Dakolo Pleads With Wife To give Him Another Son

I made Lil Win a star – Movie producer