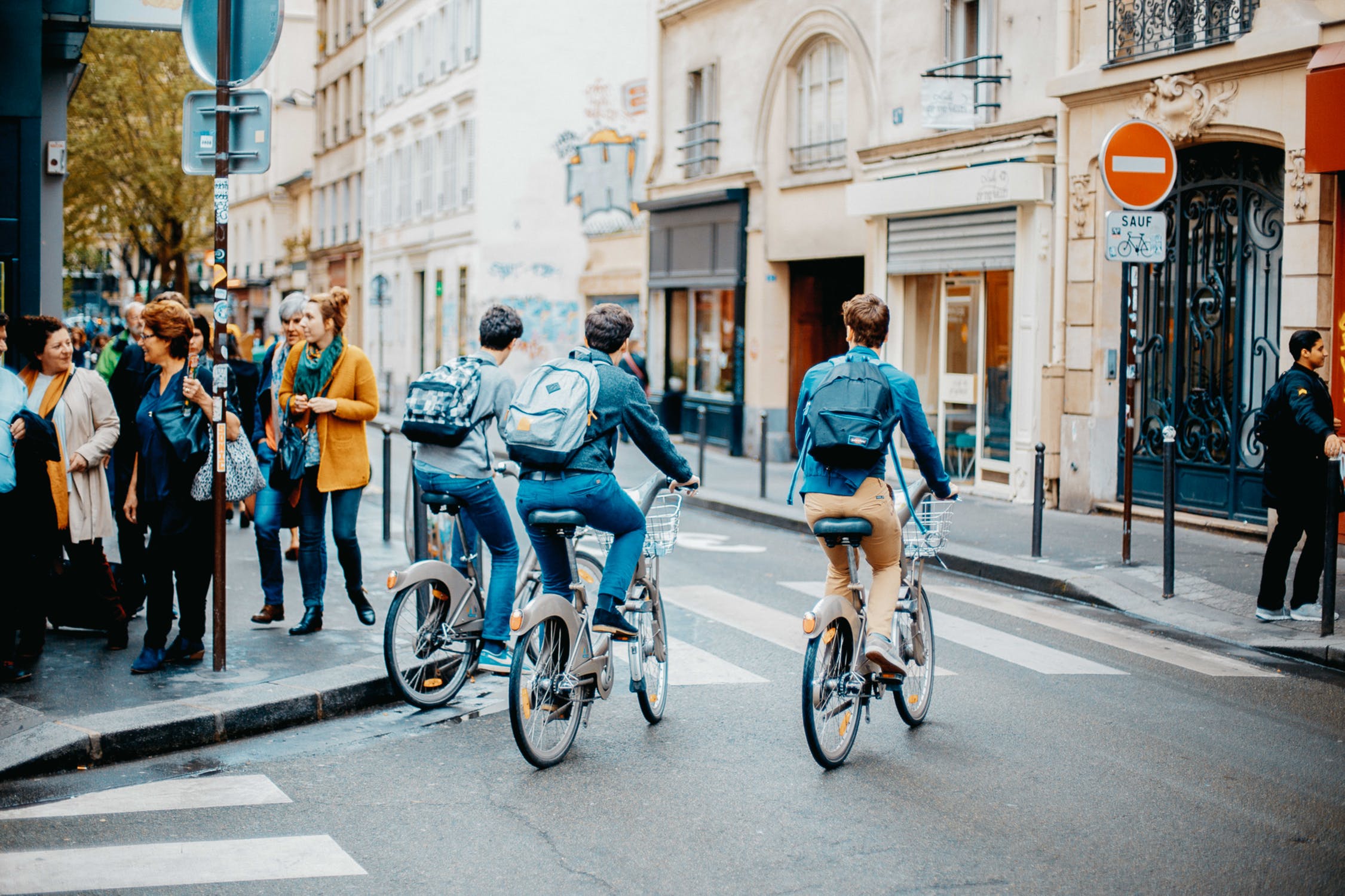 There’s no denying the benefits that come with cycling. It makes daily life a lot cleaner and safer. Though walking is also a healthy alternative and a great way to slow down and appreciate your surroundings, the pedestal of cycling is slightly more amplified.

Choosing bikes for daily commute gets your blood flow going. It allows you to weave through city streets and places quicker but without increasing your overall carbon footprint. It lets you save on transport allowance and shaves off a few extra expenses like gym membership fees.

Cycling makes sense. More and more countries are embracing the mindset. There is no shortage of research confirming the sustainability of riding bicycles on the streets, including its social, economic, and environmental advantages.

The question now is whether or not nations all over the world would be willing to invest and make changes to their current infrastructure. Public streets would have to be modernized to accommodate bike lanes and put a cap on the road sections dedicated for motorized vehicles.

But some have adapted to the biking movement much easier. The transition from car to bicycle as the preferred mode of transport has been seamless in the following countries:

Most Danish people have grown up to biking before they can even barely walk. Cycling feels like second nature to them. Denmark has consistently solidified its reputation as the most bike-friendly nation in the world.

It has become the model city for biking everywhere. The country has dedicated lanes for bicycle commuters that are not shared by cars, buses, or even pedestrians. Their urban designs are revered by race cyclists who go on bike tours with power meters on heavy rotation. It has thousands of miles marked for cycling. Most of them have connecting routes to the remote countrysides and well-maintained bike trails.

If you happen to be in Copenhagen for vacation, rental bikes are available everywhere in the city. You’ll have a fantastic time scurrying from one town to the next at your own pace. With all the awards the country has consistently won over the years, there’s no doubt that Denmark is poised to be the cycling Mecca for globetrotters.

Not many people know this, but biking in China is not just a leisurely activity. Cycling is a way of life that goes back to the formative years of its civilization. Commercial pursuits in the old days are powered by wooden-framed bicycles. Beijing and Shanghai are known to be heavily congested areas. It makes a lot more sense to go around these cities on a padded seat and two-wheeled frames.

Because bicycles are solely dependent on pedal power, you’ll get to witness and observe how integrated cycling is to the Chinese people’s day-to-day routines. China has the highest number of bikers than any other country in the world. Some may not actually like biking, but because it is the most convenient method to get from one point to the next, the Chinese have grown used to the pedal-pushing hustle daily.

Pedal pushers in the US are continuously growing. Though it is still nowhere near the forefront of green and eco-friendly transporting countries, recent reports show that the number of bicycle riders has steadily risen over the years. You can find bike commuters everywhere, mostly in densely populated and large cities like Colorado, San Francisco, and Chicago.

The naturally compact and flat landscapes of the nation have proven to be convenient for bikers. What makes the country more bicycle-ready compared to other countries is that its infrastructure designs and well-maintained interstate highways are already conducive for cycling.

Off-road trails in Colorado showcase miles and miles of mountain biking trails. The city also supports a 24-hour bike rental program on specific areas. This allows cyclists and enthusiasts to access the two-wheeled ride anytime, anywhere. There are so many scenic routes you can choose from for your biking and viewing pleasure.

When in the metropolis, it only takes less than five minutes to hop on the cushioned seats and pedal away to arrive at a nearby beach. Even when you’re in New York, known for mayhem caused by traffic, two-wheeled travelers are definitely supported by the big apple. It is one of the few cities who have the longest-running bike-sharing program—with over 6,000 bicycles and 300 bike stations.

Living and working in the bustling city has been made easier by the program. Imagine whooshing down Manhattan with the city’s strong winds in the hair. When in New York, you can be sure that parking will be the most challenging obstacle you’ll have to face. With bikes, you won’t have to worry about finding the right and safe spot for your transport or even paying to park. Bicycles are indeed the cheaper, safer, and healthier choice no matter where you go.

This is how Benjamin Akinkang is offering free surgeries in Sandema and beyond, through Team of Hope