This Week’s Episode Features a Conversation With Black Motion, the 5 Hottest Tracks of the Week, and Ademola Falomo’s Favorite African Proverb!

Tune in to Africa Now Radio With Cuppy This Sunday, September 27th at 2p Lagos/London / 3p Johannesburg/Paris / 6a La / 9a NYC Only on Apple Music 1

Cover Star Interview
South African electronic duo Black Motion joins Cuppy via FaceTime on Apple Music 1 to talk about their new album ‘The Healers: The Last Chapter’ and reveal whether this will be the final chapter…

The Big 5
Cuppy shares the 5 hottest new African tracks of the moment.

Tune in and listen to the full episode this Sunday, September 27th at 2p Lagos/London / 3p Johannesburg/Paris / 6a LA / 9a NYC only on Apple Music 1 at apple.co/_AfricaNow

Black Motion on the meaning behind their album name ‘The Healers’

Black Motion on whether this will be the final chapter

No, this was the last chapter of the 10 years book. Now going onto a new book. So each album represented a chapter in the book, in the 10 years. So we’re closing this chapter and moving on to a new chapter now. 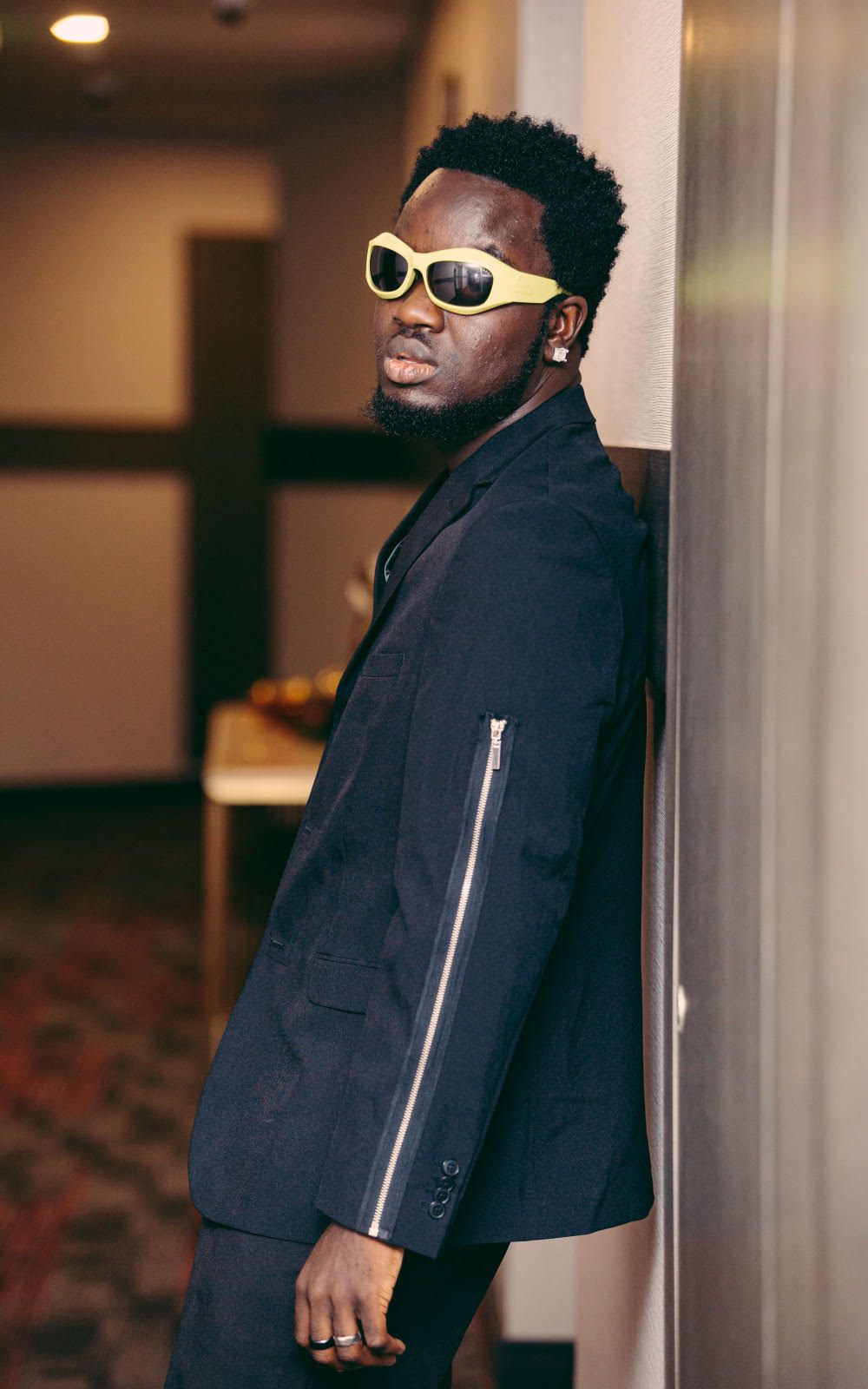 Mimlife Records proudly presents the latest masterpiece from the talented singer-songwriter, Mista Myles. With ‘Sober’, Myles takes the listener on an emotional journey, exploring the themes of pain and the search for happiness. This hypnotic ballad is a true testament to Mista Myles’ artistry, showcasing his signature sound and lyrical prowess. ‘Sober’ is available on all digital streaming platforms globally here: https://onerpm.link/272712486250

The song starts with an enchanting guitar melody that sets the tone for the rest of the track. As the bass and drums kick in, the infectious rhythm takes over, creating a tranquil and melancholic atmosphere. The catchy chorus ‘’Sober, man is never sober, I don’t need no answer. I just need somebody on my body till it’s over’’ – a call to arms for anyone who has ever felt pain and the struggle to overcome it. This chorus will stay with you long after the song has ended. Myles’ soulful and heart-felt vocals drive the song, delivering each word with raw emotion and vulnerability, creating a rich and vibrant soundscape that is both timeless and contemporary.

Lyrically, ‘Sober’ is a work of art. The song speaks to the universal experience of pain, reminding listeners that everyone goes through difficult times. Mista Myles says, ‘’Even with all the money and glamor, there’s always moments where the pain still hurts and we turn to something else to help with the pain. ‘Sober’ is for the days where the pain kicks in and you just don’t know what to do’’. He offers a message of hope, declaring that ‘’it’s just a phase and happiness will find us again’’.

The production of ‘Sober’ by NixieOfficivl is nothing short of brilliant. The interplay between the instruments creates a rich, full sound that perfectly complements Mista Myles’ voice. The strings and bass form a cohesive unit, providing the perfect foundation for Myles’ storytelling. The pounding kicks add a touch of energy, making the song even more irresistible.

Since starting his musical journey in 2014, Mista Myles has made tremendous strides and ‘Sober’ is a testament to his growth as an artist. Myles writes about his personal experiences and those of the people around him, crafting a powerful narrative that speaks to the soul.  With his Afrobeat-inspired sound and relatable lyrics, he is quickly becoming a force to be reckoned with in the music industry. Collaborating with some of the biggest names in the industry, including Kelvyn Boy and producers, NixieOfficivl and WebieJustDidIt, speaks to his versatility and ability to work with some of the best in the business.

Get ready to be moved by Mista Myles’ soul-stirring new single, a poignant and powerful exploration of pain that is destined to be a classic. 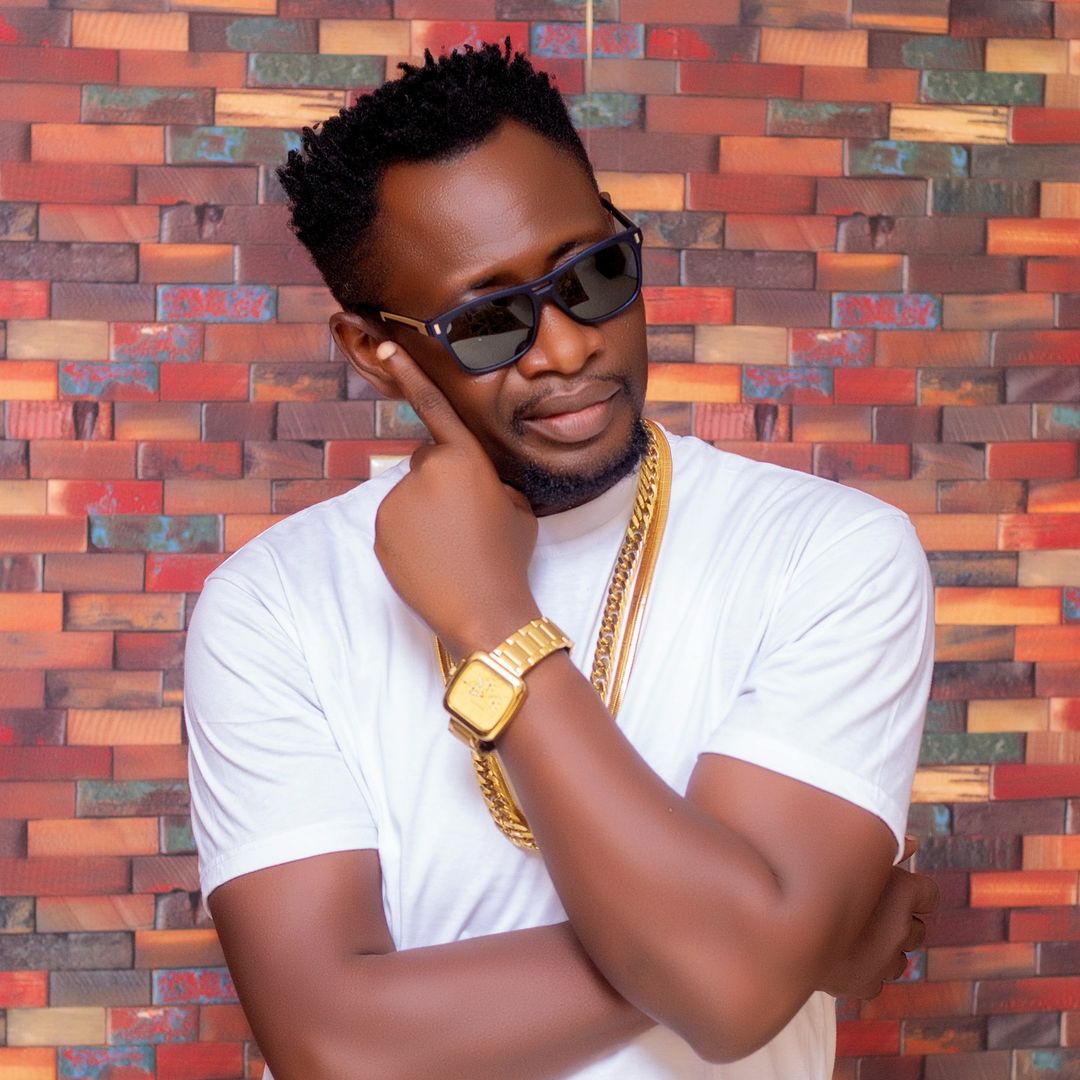 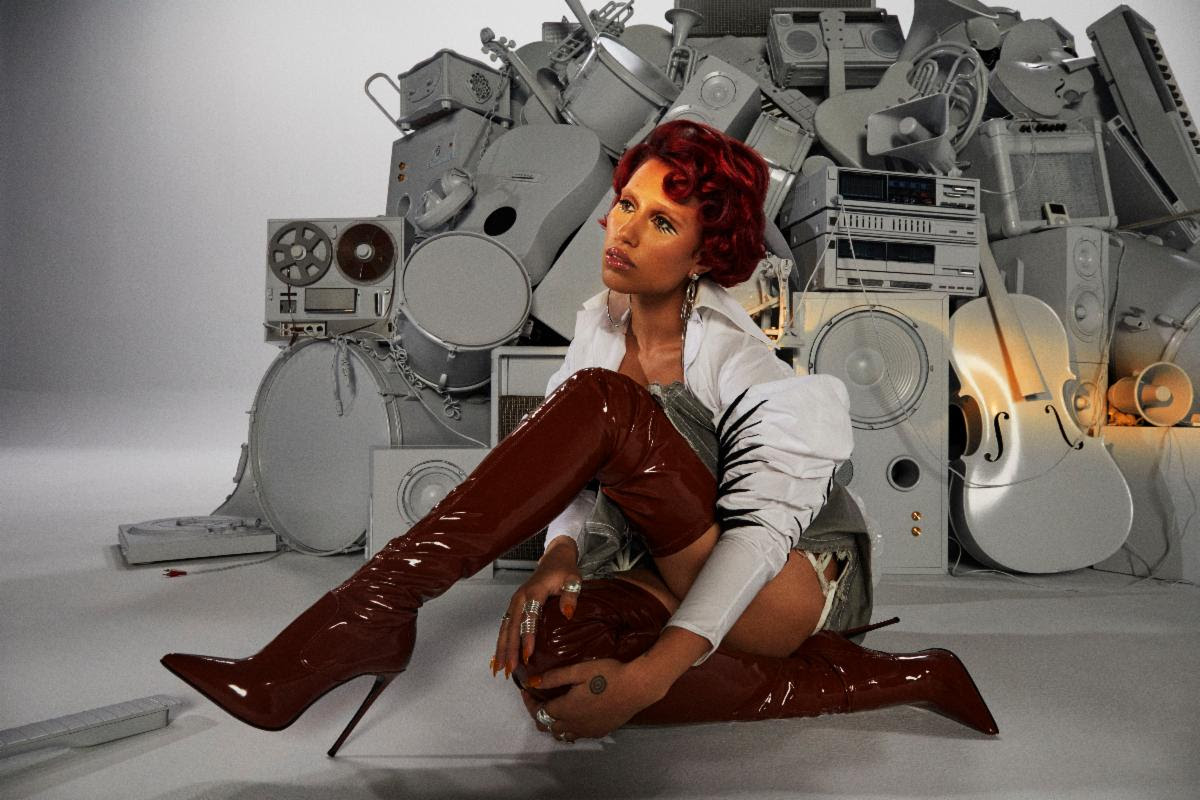 scending straight to the top of numerous charts around the world with the bonafide smash hit single “Escapism.”, the trailblazing independent recording artist and revered songwriter, RAYE, today shares her long-awaited debut album, My 21st Century Blues, available to stream/purchase now via Human Re Sources/The Orchard – LISTEN AND PURCHASE HERE
Speaking on the release of her deeply personal first full-length album, the south London native emotionally shares, “My 21st Century Blues. My debut album. My ugly, complex, beautiful mosaic formed from broken pieces of glass from the last seven years of my life. This music is my medicine, my anxieties, traumas, and unfiltered thoughts. The music on this record empowered me to face my demons and has accompanied me through my bluest blues, crafted unapologetically and fearlessly with love and tears. Now I can only hope it might provide the same medicine it did for me for those who choose to listen. I can’t believe it is really happening – my first album.”
RAYE continues, “Some of these songs I’ve had for years that I’ve needed to express and share. Before, I was told it was too uncomfortable and that audiences don’t want to hear it. There’s no sonic through-line. It was just creating whatever felt right for the story I want to tell over it. It just feels free.”
Executive produced by frequent collaborator Mike Sabath (Selena Gomez, Lizzo, Camila Cabello), My 21st Century Blues showcases RAYE’s signature raw and honest songwriting on all 13 album tracks touching on her experiences as a young female woman of color coming up in the music industry to painful topics like sexual abuse, rape, body dysmorphia, addiction, misogyny, and even climate change. A dynamic body of work seven years in the making, MC21Bis a testament to her resilience that further highlights a versatile and multi-faceted artist who is in complete control of her creative output. RAYE co-produced nearly half of the LP that has additional songwriting from BloodPop (Lady Gaga, Britney Spears, Madonna), Di Genius (Beyonce, Drake, Burna Boy), and Punctual (Years & Years, Rudimental, Jason Derulo).
My 21st Century Blues features the massive U.K. #1 hit “Escapism.” with 070 Shake, which has become a sensation around the globe where it’s currently charting Top 10 in 12 territories in addition to its rapid ascension on numerous Billboard U.S. charts including the Hot 100 (#22), Global 200 (#7), Rhythmic Airplay (#18), and Pop Airplay (#21). The tracklist also includes previously released singles “Black Mascara.”, “Hard Out Here.”, and “The Thrill Is Gone.” in addition to new standouts like the powerful feminist anthem “Ice Cream Man.” and sultry, confident Mahalia-assisted “Five Star Hotels.”
RAYE’s 2023 is already shaping up to be her biggest year of touring yet as she embarks on the first leg of her My 21st Century Blues headline world tour – performing 14 sold out shows in February and March across Europe and North America – before hitting the road this spring with Kali Uchis as the special guest on her Red Moon In Venus North American tour playing 19 shows in major markets including two dates in New York at Radio City Music Hall. RAYE also announced a second leg of 2023 headline shows covering the UK and Europe in November and December. See below for a list of RAYE’s upcoming live dates and for more details on ticketing, visit her official website HERE.
Continue Reading 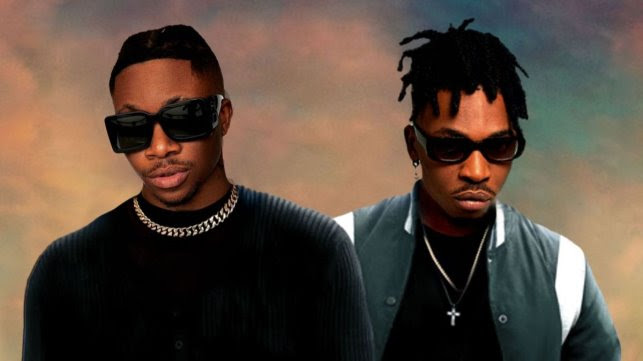 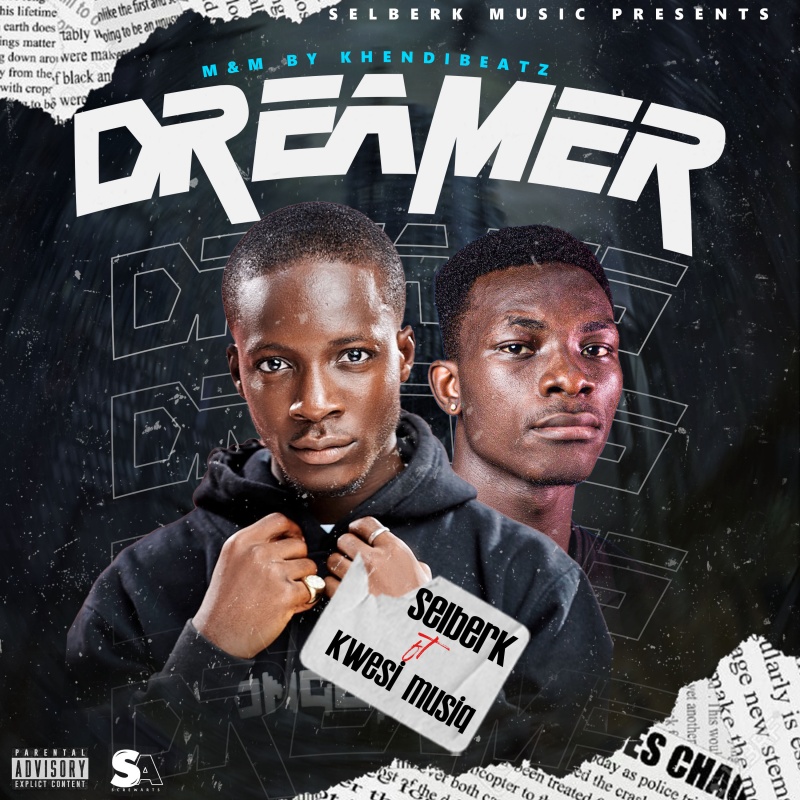 Multi-talented artist, Selberk has officially released his latest single dubbed “Dreamer” with Kwesi Musiq. The trap song doubles as a motivational song with lyrics to embolden all and sundry push beyond life’s many boundaries.

Sandwiched by a pacy hook, the three and half minute song sees both Kwesi’s display their enviable rap dexterity in different verses. The “Sunday born” chemistry is evident despite this being the first ever collaboration between the two artists.

Speaking to this source Selberk said “Dreamer is a motivational tune that highlights man’s desire to keep going despite the many obstacles and hardship one encounters”.

“Dreamer is a heart touching piece when you pay attention to the lyrics,” he added.

This new song has the potential to fuel the revival of the dormant trap scene in Ghana to its glory days back in 2017-2018.

“DREAMER” is now available on all digital streaming platforms. 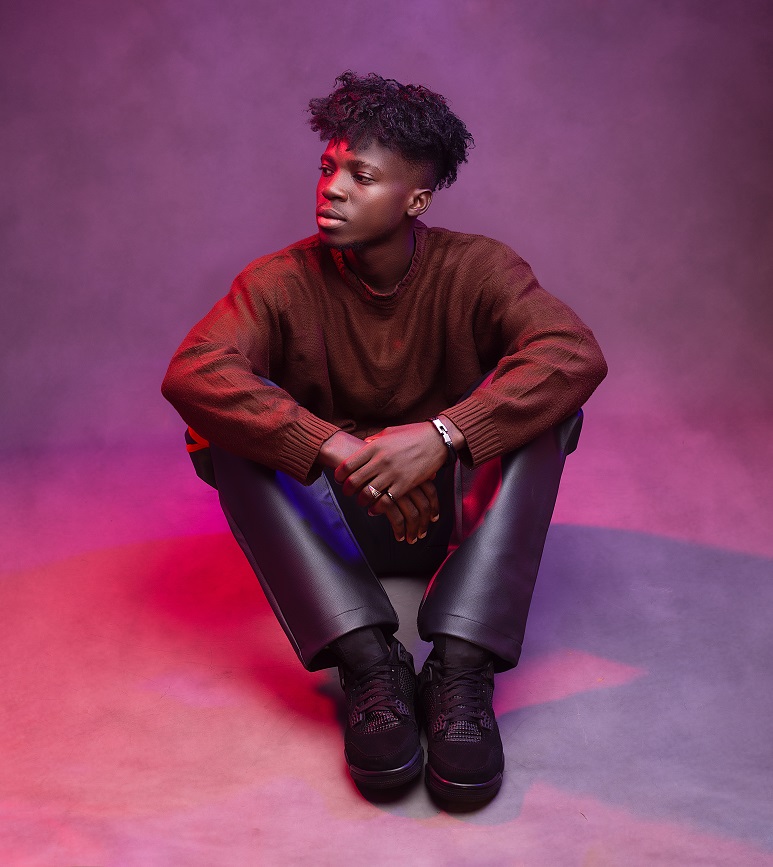 Yaw Darling is next artiste introduced after Mishasha who was officially out-doored in the last quarter of 2023.

Along with the introduction of Yaw Darling, the label decides to introduce him unto the market with a new single and video titled “Pull Up”.

“Pull Up” released on Friday, February 3, 2023 would become the people’s anthem in a matter of days; the catchy hooks and sweet melodies Yaw Darling served on this record is an easy pass for the public to accept him with his ‘fine boy’ looks complementing it all.

Listen to “Pull Up” on Digital Stores: https://ditto.fm/pull-up-yaw-darling

Yaw Darling is a rising Afrobeats Singer with a unique blend of traditional African rhythm and contemporary sounds.

Born Samuel Yaw Antwi on the October 30, 2000, Yaw Darling draws and is inspired by the great of Ghanaian and African music legends such as Kojo Antwi, Daddy Lumba, Samini, Fela Kuti, Wizkid and Burna Boy just to name a few.

Yaw Darling has honed his skills to create a fresh take on the genre that speaks to both old and new fans alike. His energetic and charismatic stage presence combined with his smooth vocals and powerful lyrics is one to watch and sure to earn him a dedicated following.

Yaw Darling, signed to Ghana music imprint, Sky Entertainment makes his musical debut in February 2023 with the release of his first single “Pull Up”, which speaks for dedication and loyalty in love.

With his passion for Ghanaian and African music and cultural heritage, Yaw Darling is poised to become one of the leading voices in the Afrobeat community and a global ambassador for Ghanaian/African culture and music.