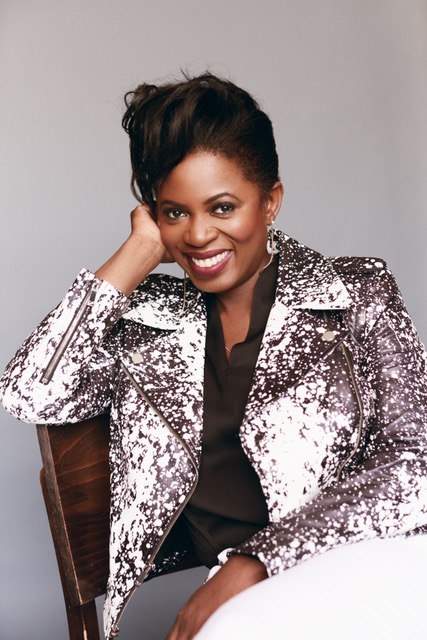 Nigerian-born actress Sope Aluko who can presently be seen in the billion Dollar grossing phenomenon, Black Panther has inked a deal to join the cast of Marvel’s Venom, Sony’s Spiderman spinoff starring Tom Hardy in the title role. Aluko who played the spiritual leader, Shaman in Black Panther, joins Michelle Williams and Riz Ahmed in the stand-alone film, which is expected to be unrelated to the Spider-Man cinematic universe. Details of the film, and Aluko’s role in it are sketchy beyond the teaser trailer released a while back, but Marvel’s Venom is billed to land in theatres, October 5 this year. Produced by Avi Arad, Matt Tolmach, and Amy Pascal, Marvel’s Venom is expected to launch another profitable franchise for Sony. A trained dramatic actress, prior to Black Panther, Sope Aluko who was raised in the United Kingdom and speaks four languages including her native Yoruba had appeared in major studio movies like Pitch Perfect 2 and Identity Thief. She has also scored recurring roles on television with Netflix’s “Bloodline”, NBC’s “Law & Order SVU” and “Parks & Recreation”, as well as guest appearances on USA Network’s “Burn Notice”, “Graceland” and Lifetime’s “Army Wives”. Sope Aluko will also be seen on the big screen alongside Oscar winner Sam Rockwell and Golden Globe winner, Taraji P. Henson in the true life drama, The Best of Enemies coming out in 2019. Sope Aluko is was primarily raised in the UK. She spent her younger years traveling and living all over the world, including France, Tanzania, Trinidad and Tobago, and Indonesia. She has dual-citizenship in both the US and the UK, and speaks four different languages, including her native language, Yoruba/Nigerian. While in the UK, Sope attended drama classes at the London Academy of Music and Dramatic Arts (LAMDA) and extended her study into dance. She had the privilege of performing the world famous South African “Ipi Tombi” dance at the National Arts Theater in Nigeria. Although a cultivated artist, Sope received an undergraduate degree in Engineering and a master’s degree in Marketing. After a very successful career in the corporate arena in both London and the US, Sope turned her sight back onto acting and performing. Since then, she has booked recurring roles on Netflix’s “Bloodline”, NBC’s “Law & Order SVU” and “Parks & Recreation”, and guest appearances on USA Network’s “Burn Notice”, “Graceland” and Lifetime’s “Army Wives”. Her film credits include supporting roles in feature films like Identity Thief, Pitch Perfect 2, 96 Minutes, Grass Stains, The Good Lie and more. Sope can next be seen in Marvel’s Black Panther, releasing February 16th 2018 and Starz’s “Counterpart”, opposite J.K. Simmons. She can also be seen in The Best of Enemies alongside Sam Rockwell and Taraji P. Henson, releasing in 2019. Sope is currently filming another Marvel film, set to release in late 2018. Sope is happily married and a mother to two teenage boys, and currently splits her time between Miami and Los Angeles.]]>

Related Topics:Sope Aluko
Up Next

Highly talented vocalist Luta has announced his return to the music scene after a long hiatus as he prepares to relaunch his career with a new song.
END_OF_DOCUMENT_TOKEN_TO_BE_REPLACED

It looks like it’s a ‘year of homes’ for Ghanaian celebrities and the latest glimpse comes from the beautiful home is Broadcast Journalist Serwaa Amihere. END_OF_DOCUMENT_TOKEN_TO_BE_REPLACED

Ghanaian artist Amerado has announced the release of his debut career album titled God Is Never Asleep shortened as G.I.N.A. The announcement was made in the middle of his trending beef with fellow rapper LJ. END_OF_DOCUMENT_TOKEN_TO_BE_REPLACED

Global streaming giant Spotify is proud to announce that Sio has been selected to join the EQUAL Africa programme aimed at spotlighting female artists across the continent. END_OF_DOCUMENT_TOKEN_TO_BE_REPLACED