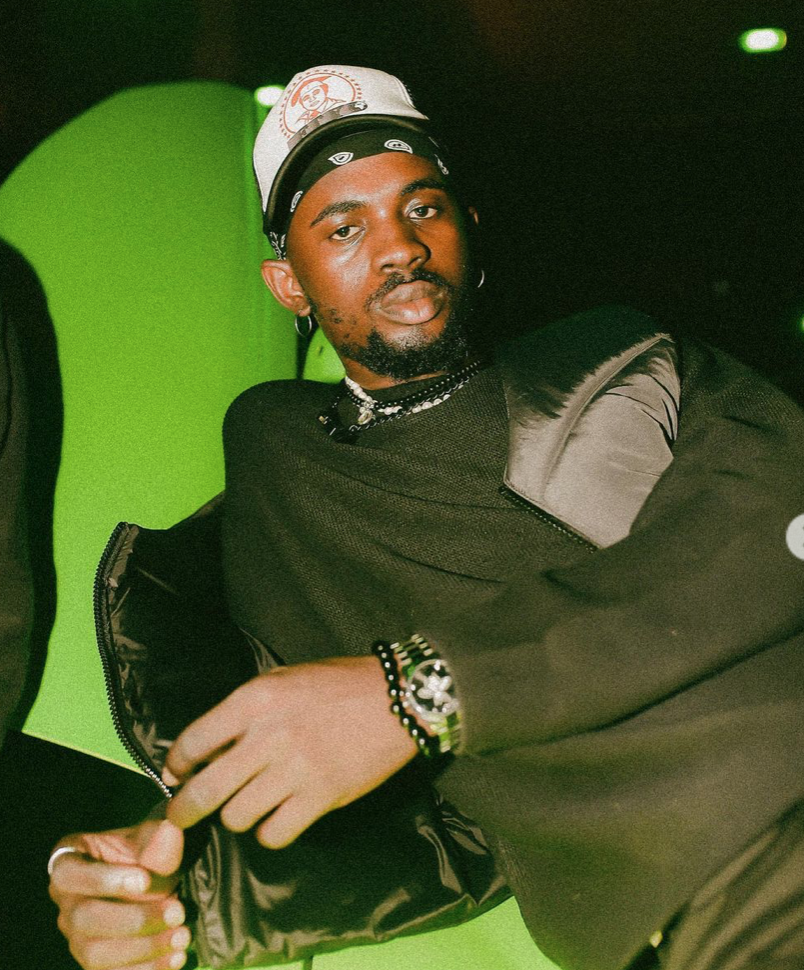 ‘UP NOW’ a campaign on audiomack is an emerging artist program which spotlights and promotes the next generation of global music superstars.

Black Sherif, ‘the golden hitmaker from Ghana’ is the latest artist to be added to the ‘UP NOW’ global campaign as quoted on Audiomack’s official website.

Recently crossing the 100 million global streams milestone on the platform, Sherif’s lean but mighty discography captures his hustler’s tale. His first upload was in August 2020, but he broke with viral 2021 hit “First Sermon,” giving us the “Second Sermon” later that year. In December 2021, Black Sherif’s star rose even further when Burna Boy hopped on the “Second Sermon” remix.

In March 2022, Sherif released his most introspective song yet, “Kwaku The Traveller.” Cutting and poignant storytelling helped “Kwaku The Traveller” garner over 35 million streams, making it the most-streamed song of 2022 so far on Audiomack and Black Sherif’s biggest hit to date.
“I’ve had Audiomack since high school,” Black Sherif tells Audiomack. “It was the first platform that I used and convinced my friends to listen to my music. It was easier, and it looked professional. It’s been the primary thing for me to connect with my fans and share music.”

The Ghanaian singer and actress, Sister Derby has made her international film appearance in the yet-to-air Netflix original film, ‘RAINBOW’. END_OF_DOCUMENT_TOKEN_TO_BE_REPLACED

Ghanaian broadcaster, Kafui Dey is on a mission to combat illegal mining in Ghana and wants to use any means possible to bring the world’s attention to the problem. END_OF_DOCUMENT_TOKEN_TO_BE_REPLACED

Harvey Mason Jr, CEO of the Grammy Awards, has shared insights on the nomination process and how to win a GRAMMY with Ghanaian artists during a private dinner meeting. END_OF_DOCUMENT_TOKEN_TO_BE_REPLACED

Harvey Mason Jr., the Chief Executive Officer (CEO) of the Recording Academy, organizers of the Grammy Awards, has said there are some misunderstandings regarding the creation of an Afrobeats category in the Grammy Awards. END_OF_DOCUMENT_TOKEN_TO_BE_REPLACED

The Chief Executive Officer of Big Ideaz Consult, Kojo Poku has revealed that none of the artists who were billed to perform at the recently held Global Citizen Festival in Accra were paid a performance fee. END_OF_DOCUMENT_TOKEN_TO_BE_REPLACED

Ghanaian musician, Kirani Ayat has called out the Presidency for using some portions of his music video in an advertisement without his permission. END_OF_DOCUMENT_TOKEN_TO_BE_REPLACED