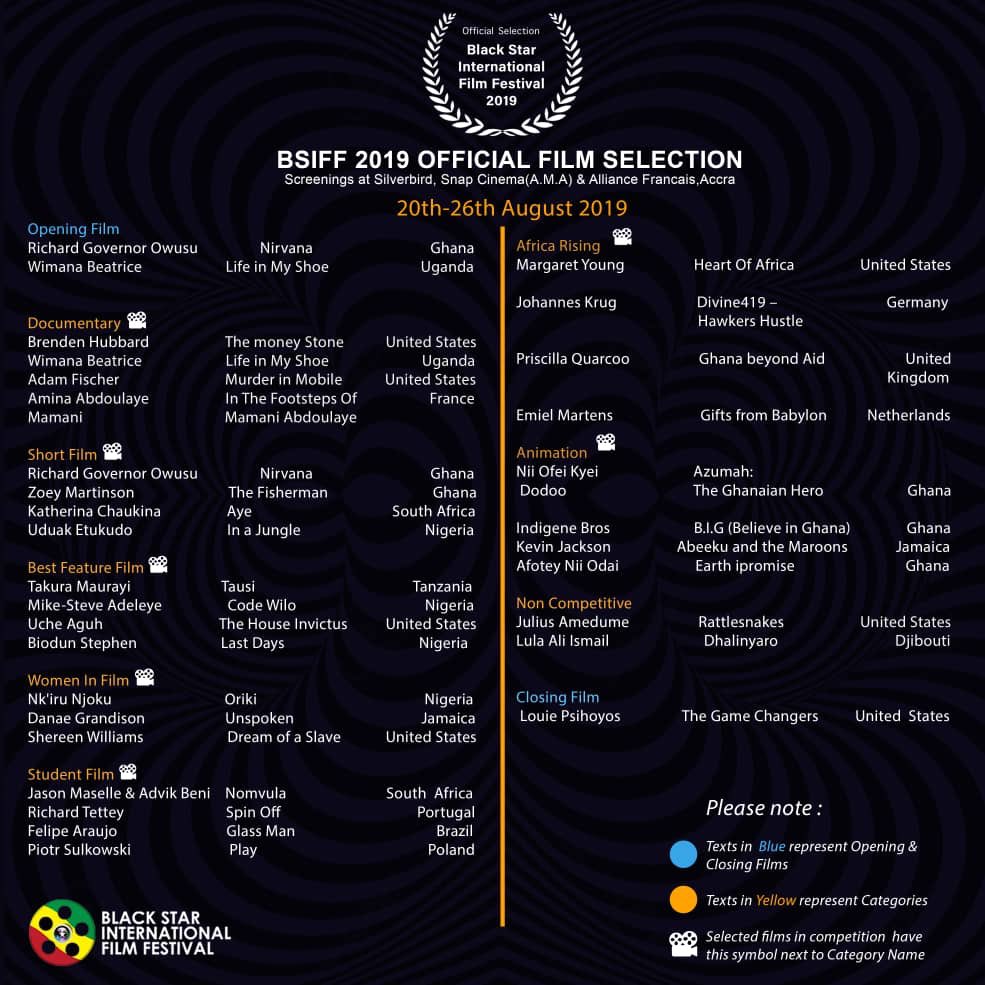 For three years, the Black Star International Film Festival has been successfully organized with many participants all over the world still talking about the festival’s impact in their lives, on their personal brand and also in the world of work. The fourth edition promises to be even bigger and here is why you should not miss it.

Black Star International Film Festival is a great platform for business and networking.

The festival attracts key stakeholders in the film industry that have influence across the value chain including Film directors, producers, media, writers, animators, agent and other stakeholders from countries all over the world, who are seeking to network or sell, buy or invest in content and services in the media and film industry. Surely, this is an opportunity that should not elude you.

Black Star International Film Festival is the future of the Film Industry.

The festival connects countries through the power of film. On a global scale, the festival has the highest prospects of shaping the future of the Ghanaian Movie industry.  Over the years, BSIFF has successfully signed a Memorandum of Understanding with the Ministry of Foreign Affairs to ensure that Ghanaian embassies and missions show Ghanaian films over the world.

Also the festival plays an integral role in advocating for industry friendly policies for the Ghanaian film industry. These moves aids the industry to thrive.

You will be partaking in a beautiful story.

Black Star International Film Festival is a great place to be entertained this August.

What is a festival without entertainment? Black Star International Film Festival has what you need to be entertained. When you register to be a part, you get access to all the exciting films that will be screening throughout the festival.

If you have a passion for film, then the festival is the place you should be. BSIFF panel sessions are carefully crafted to bring you up to speed with very important and relevant issues in the industry. These sessions are known to inspire enthusiasm and necessary actions from participants. There are also going to be film labs and workshops. This year’s training will be on the topic “Story Telling Through Cinematography” with renowned cinematographer Christian Epps.  It will truly be a wonderful learning experience.

You don’t want to miss the opportunity.