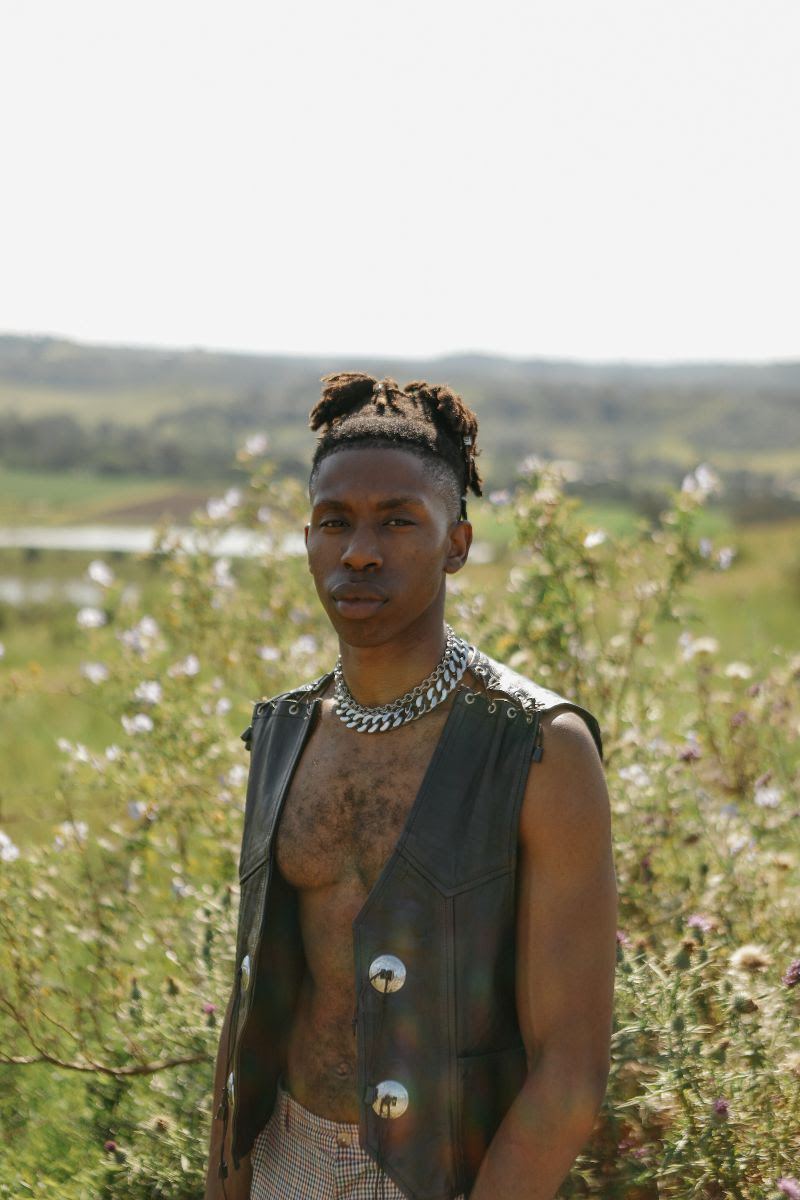 It is my prayer that this information enlightens and inspires you for the next time you lose yourself in your favourite tunes.’ – BLESSED
—
Years in the making, today African-Australian rockstar BLESSED shares his debut mixtape Music Is The Medicine – out via his own label GODSPEED / 404HUMAN. Having released countless singles and collaborations since he burst onto the scene in 2016, the mixtape is an incredible body of work, well worth the wait, but also just the start for the prolific artist.

Music Is the Medicine features new tracks that encapsulate everything that makes the Sydney-based artist so unique. His collaboration with Ghanaian-American rapper Amaarae, ‘Count On Me’, shows a more breezy side to his song writing, while the mixtape’s feature track ‘Rosalía’ – an homage to the Spanish pop-star which features an approved sample – is anything but, full of deep vocal builds and powerful guitar riffs.

MUSIC IS THE MEDICINE
OUT NOW via GODSPEED / 404HUMAN
Stream / Purchase
Tracklist
1. 27 Club 2. Bonnie Killed Clyde 3. Rosalía 4. Bled Me Dry (featuring LENGHOCK) 5. Otherside
6. True To Me 7. Follow Your Heart 8. Mr Nobody 9. Count On Me (featuring Amaarae)
10. Something To Believe In 11. Nothing Lasts Forever 12. Well At Least We Tried 13. Antidepressant

The mixtape is a testament to his ability to transcend genre, but also one that has a deeper meaning for BLESSED, who explains; ‘The concept of this project is based on the philosophy that music not only brings one entertainment, but solace, comfort and healing on a metaphysical level. Music is a universal language with no barriers, no limits but a limited understanding of what really goes on in the mind, heart and soul of the consumer. We play songs to soothe our sadness, songs to celebrate our successes and songs to motivate and push us to our furthest heights. In this mono experience we call life, music is the soundtrack. With all its variations from era to genre, from culture to taste, we as human beings all share one extremely powerful thing in common. That is the indescribable feelings and emotions that music brings.

The news comes alongside a moody video for key single ‘Rosalía’, one of his favourite artists and an inspiration for BLESSED ever since he first found out about the Spanish pop-star. ‘I fell in love with her contemporary rendition of flamenco music. Her vocal tone both soft and powerful, feels as if she channels her ancestral roots to the point of being possessed. Hauntingly beautiful, I have never heard anything like her.’ The video and selected items that BLESSED wore will also be available on droppTV (@dropptv). Touted as ‘shoppable Netflix’ for hip hop-loving hypebeasts, BLESSED will be the first artist to launch the product on Australian shores

Since releasing his debut single as BLESSED in 2016, Ghana-born, Western Sydney-raised Blessed Samuel Joe-Andah has been challenging the ideals of a traditional rock star with his multifaceted talents in songwriting, production and creative direction. Aside from his own overflowing catalogue, BLESSED has an impressive inventory of collaborations, including his ongoing relationship with 404HUMAN, a French production-house known for their work with artists like Migos, Young Thug, SAINt JHN and Kojey Radical. Other close musical-confidants include the likes of Manu Crooks, the Kid Laroi & Milan Ring, while he’s also lent his considerable talents to the likes of Bikini Trill and COL3TRANE.

With his production influences spanning across hip hop, punk rock, RnB and folk, he spends his days perfecting his craft inside his studio. BLESSED has built a music world that encourages creative expression, imparting his influence on not only his collaborator’s releases and his own, but the wider musical landscape.

On the live front, BLESSED has played Field Day Festival and supported Matt Corby on his national tour last year. Under his previous moniker Miracle, BLESSED toured with Tyga, Rick Ross, Childish Gambino, ASAP Rocky and ASAP Ferg. He also sports some impressive credits; having three songs featured in Netflix’s On My Block as well as his track ‘Superfly’ featuring on the NBA 2k20 video game. Outside of his musical feats, BLESSED is making himself known in the fashion world, recently signing to highly regarded agency KULT. He’s already featured in shoots for i-D, VICE as well as RUSSH/AFTERPAY‘s recent Australian Fashion Week collaboration.

To celebrate the mixtape release, BLESSED will be playing a special SOLD OUT one-off show (2 x sittings) in Sydney, his first ever stand-alone performance.

Listen: Bad Decisions out with ‘King of the Youth’ EP