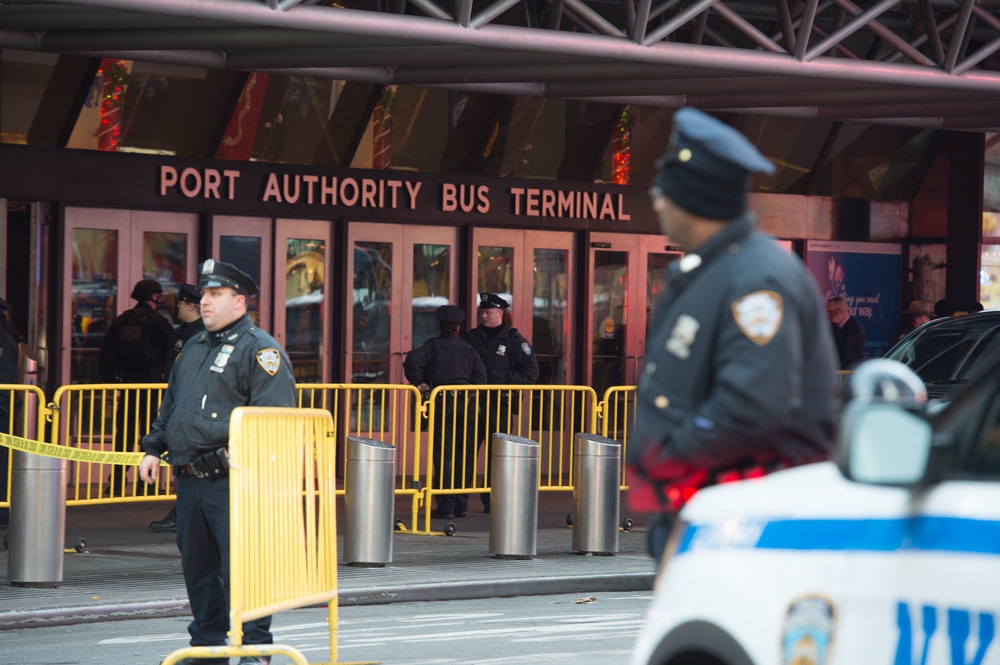 A 27-year-old man set off a pipe bomb strapped to his body during the morning rush hour on Monday, deep inside one of Manhattan’s busiest commuter corridors, the police said.

The blast echoed through the subway tunnels just off Times Square, and filled parts of the Port Authority Bus Terminal with smoke as commuters fled into the streets to escape what the authorities quickly concluded was an act of terror.

A suspect, identified by the police as Akayed Ullah, an immigrant from Bangladesh who lived in Brooklyn, was in police custody. He suffered burns to his hands and abdomen, and was in serious condition at Bellevue Hospital Center, according to Daniel A. Nigro, the commissioner of the New York Fire Department. Four other people had minor injuries, he said.

The explosion occurred at 7:20 a.m., the police said, in a pedestrian walkway connecting the Eighth Avenue, Seventh Avenue and Broadway lines, and was captured on surveillance video.

Mr. Ullah had attached the pipe bomb to himself with a “combination of Velcro and zip ties,” said James P. O’Neill, the commissioner of the New York Police Department. The secure fastening may have indicated that Mr. Ullah entered the subway intending to carry out a suicide bombing.

However, while he initially talked to investigators shortly after the attack, it was not immediately clear whether he had told them that he intended to kill himself, according to a police official who declined to be identified because the investigation was continuing.

At a news conference on Eighth Avenue just outside the Port Authority, the police displayed a picture of Mr. Ullah that appeared to have been taken inside the subway walkway after the blast. In it, he is curled in a fetal position; his exposed stomach is blackened.

]]>
Related Topics:new york
Up Next