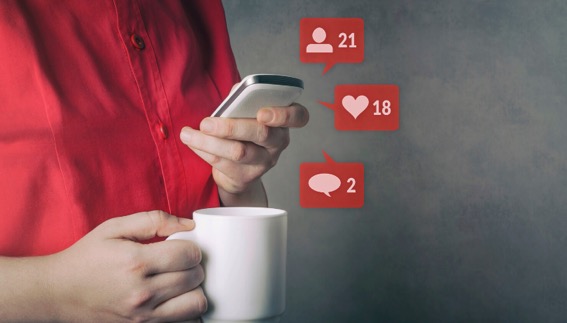 What should your restaurant’s food and Facebook profile have in common? Flavor! If one is bland, then the other won’t rise to the popularity that it deserves.

Facebook has an estimated 2.27 billion active monthly users and it is only one of nearly a dozen popular social media platforms. That means that just about 29.48% of the global population logs into Facebook at least once a month, all of whom need to eat. That’s where you come in.

Of course, the popularity of social media is only the “what” behind your restaurant’s eventual rise to success. The “how” is much more elusive. Below is a list of strategies that have been proven to increase the social media presence of countless restaurateurs in the food industry.

By hiring a professional marketing specialist dedicated to the management of your social media accounts, you open the door to countless benefits for your company. These benefits range from increased conversion rates (i.e., sales), increased levels of name-recognition, and more.

Of course, it is still possible for you to achieve those goals without a specialist’s assistance, but the likelihood of doing so goes down further with each additional task that you pile on your back.

It’s what economists refer to as the Law of Comparative Advantage, which states that whoever can do something the best should do it while outsourcing all other tasks to the people who can do them the best. While you run your business, let somebody else run your social media.

Social media is about more than just friend requests and followers. At the end of the day, if you want to be successful, then you need to go where successful people go. Push models can be the perfect option for doing just that.

Essentially, push models are the people who you hire to go to events, canvas in malls, and other forms of quasi-grassroots marketing campaigns. Unfortunately, push models can typically only be contracted through an event staffing agency, which can significantly run up your overhead in the short-term.

However, the benefits can cause a massive increase in long-term revenue. As push models go to the various events and locations selected in your marketing campaign, they increase the visibility of your brand, prompting people to look up your website or follow you on social media for updates.

Keep an Eye on the Competition

Competition can be fierce, particularly in the marginal-productivity food industry. In order to keep a step ahead of your competition, you have to keep a foot in every door that they pass through. That means that social media competitive analyses can be integral parts of your business’s success in the industry.

By monitoring the like-per-content and new-follower rates of your competition, you can evaluate the success of their marketing and advertising tactics without risking infringement on their registered trade secrets. This can enable you to refine your own business model without running the risk of testing the strategies beforehand.

“Target audience” is a phrase that is thrown around a lot. You have to “nail down your target audience,” but that’s usually just a buzzword to open the discussion to other business practices. In the world of social media, however, it is critical to know exactly who you want to see your content before you post it.

Twitter, for example, has a few demographic details at play that might be somewhat surprising to most people. One such point is the fact that the overwhelming majority of Twitter users are men.

In the age demographic of 25-34, only 29.76% of users identify as women. If your business caters primarily to women, then you might want to take special care to highlight that fact.

There are, of course, other factors that can contribute to a company’s success or lack thereof in the food industry, but these four will serve as a general rule of thumb to enable you to build the skeleton structure for your next marketing campaign.

Once you’ve gotten that downpat, it’s time to experiment. Continue watching your competition and pushing the bounds of complacency, and don’t forget about the “roast factor.” If you’ve ever wondered what it would be like to see a company berate it’s own fans in order to quite successfully drive sales in the food industry, look no further than the Wendy’s Twitter’s spicy tweets.

At the end of the day, social media and the food industry are both about flavor.

Related Topics:Social Media Presence
Up Next

The Struggles of shopping while thick