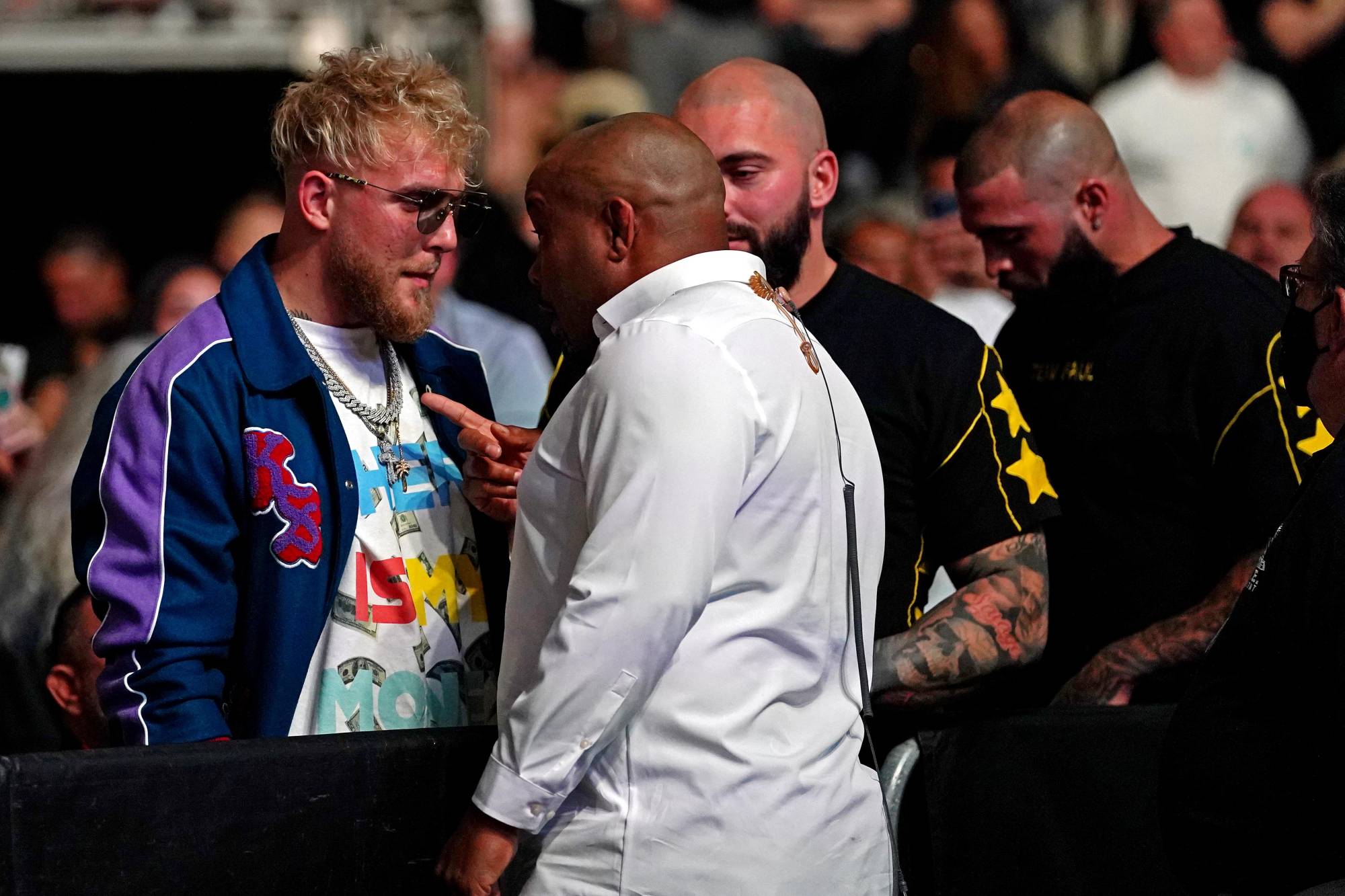 The world of boxing is going crazy as Jake Paul has taken things a level up by beating Tyron Woodley and calling out Dana White to allow his fighters a chance to go against Jake Paul. As per Paul, “I will embarrass them too.”

Tyron Woodley and Jake Paul had their rematch on the 18th of December, and the hype was real. Although Jake was initially set to go against Tommy Fury, Fury couldn’t make the fight on account of having a broken rib and a chest infection, as per his post on his social media accounts.

Jake Paul, who was still being met with scrutiny over his 4-fight career, managed to put away all doubts as he knocked out Tyron Woodley. What really got everyone excited was the fact that Jake managed to score a knockout while putting a $500,000 bounty on his own head.

This was something that he talked about in a conversation with Ariel Hawani on the latter’s podcast, The MMA Hour, stating that people had always doubted his ability and went so far as to spread fake rumors. “There are rumors going around that I don’t let my fighters knock me out contractually”, implying that as a free-agent boxer, Jake was fixing fights.

Paul went on to explain that not only was it impossible to do something illegal this big and get away with it, but he also offered Tyron Woodley an additional $500,000 if the latter could knock Jake out.

The YouTuber-turned boxer managed to pile up Tyron Woodley yet again on his 4 win streak. Jake managed to knock Tyron out at the beginning of the sixth round with an overhand right that was arguably in the process of being set up from the very start of the fight. All showboating aside, while the fight might have seemed boring to veteran boxing fans, it was still one of the highest-selling fights of the year that brought a ton of attention to the ring.

The UFC’s president, one of the most well-known promoters in the fight business around the world, Dana White has often been associated with Jake Paul even though White has often expressed he finds it abhorrent.

Although there’s much more to it now, the feud between the two began when Jake Paul started questioning the UFC’s contracts or more specifically, highlighting the fighter pay that Dana hands out to even his best fighters. Jake, along with his brother Logan, started garnering attention as they talked about all the ways Dana White has ‘exploited’ his fighters and paid them nothing at all in return.

While Dana has been addressing the public concern for fighter pays in his own way, he regularly maintains that ‘these guys [fighters] don’t want you [the press] to know what they make.’

There’s no doubt in anyone’s mind about Jake Paul’s capability of garnering attention on social media and getting people focused on things he wants them to see. And after knocking Tyron out, Jake wants other UFC fighters to pick up boxing gloves and face him in the ring.

Jake Paul has declared he’ll be going on a vacation after this fight and will come back later to go over the 5-fight bucket list that also includes the world champion Canelo and the UFC president, Dana White himself.

One of the three men charged in relation to Mac Miller‘s 2018 death from a drug overdose has been sentenced to 17 years and six months in prison. END_OF_DOCUMENT_TOKEN_TO_BE_REPLACED

The 2022 Billboard Music Awards took over the MGM Grand Garden Arena in Las Vegas on Sunday (May 15), with Sean “Diddy” Combs hosting and performing. END_OF_DOCUMENT_TOKEN_TO_BE_REPLACED