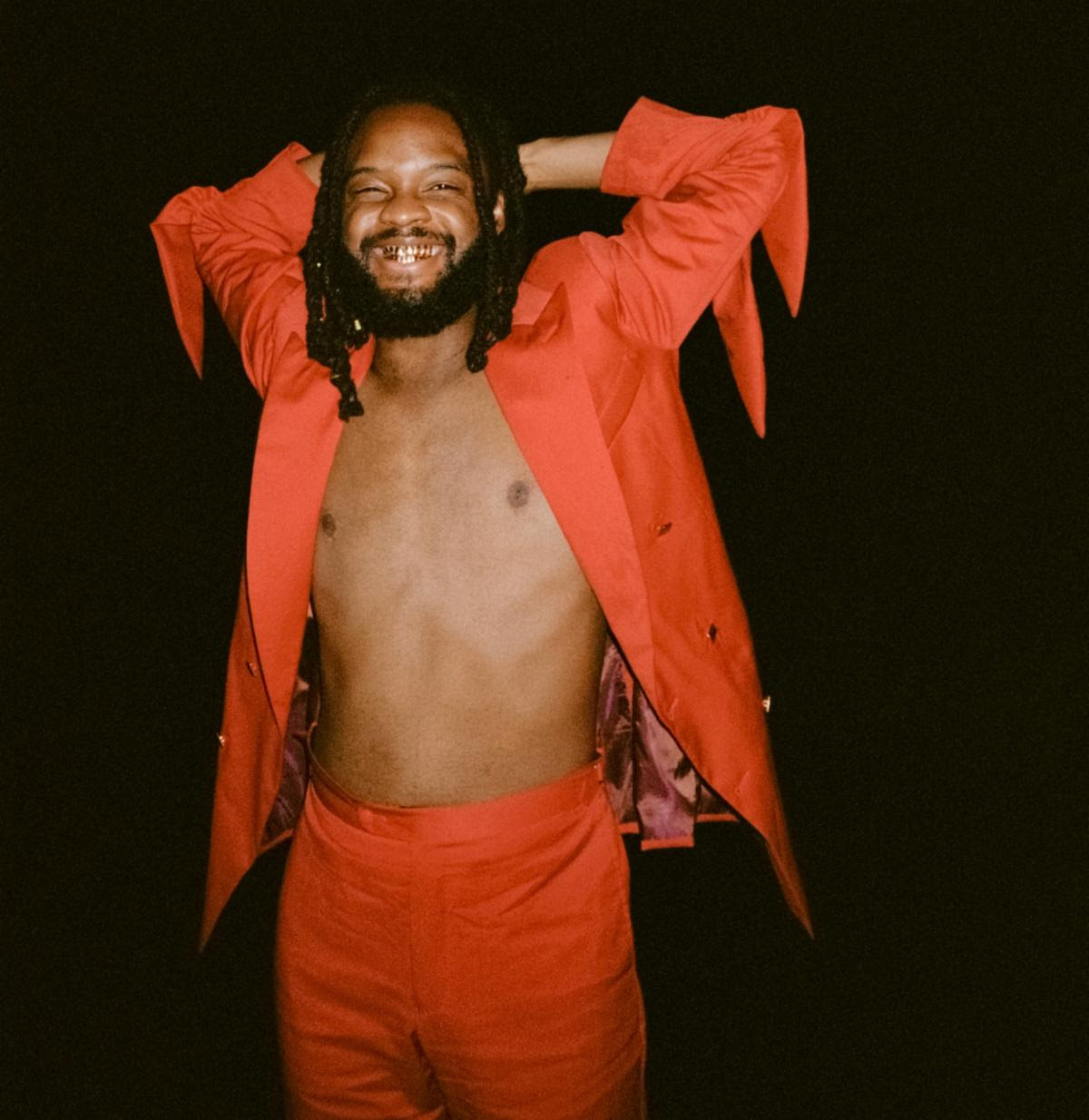 Genesis Owusu has announced his first set of U.S. tour dates, set for early January 22. The Ghanaian-Australian artist will be touring in support of his long-awaited debut album Smiling With No Teeth, which was released to universal acclaim this spring. Venue pre-sales are available today, Thursday, April 22 and all tickets will be available this Friday, April 23 at 10am local time. For more details visit: https://www.genesisowusu.com/tour.
Owusu recently announced a remix of his breakout hit single smash “Don’t Need You” featuring celebrated Chicago Rap God Mick Jenkins. Hear the “Don’t Need You” remix and watch the video shot by Babekühl here: https://youtu.be/byrY6xuevOc.
Smiling With No Teeth beams with artistic evolution, after being championed across the world by everyone from The FADER, NPR Music, The Needle Drop and Complex, to The Guardian, NME and Mojo, landing in many prestigious tips for 2021 feature lists. The 15-track LP seamlessly defies genre boundaries while delineating the nuanced complexities of mental health, as well as Owusu’s experience of living as a black man in a white society. Owusu illustrates each disclosure from within his mind under a tessellation of soundscapes, moving through future-funk, rap and OG hip-hop to guitar-laden odysseys veering from punk and indie-rock to tinges of wistful folk. Smiling With No Teeth, at its heart, remains dedicated to Owusu’s core audience, those who live outside of the box, out of choice or in a decided lack of belonging.
Genesis Owusu (aka Kofi Owusu-Ansah), unpacks concepts of race, identity and belonging on Smiling With No Teeth, entwining his own experience immigrating to Canberra from Ghana as a child. The album’s title—a reference to the way outsiders have to pretend things are okay when they’re not—introduces the record’s “black dog” motif. The “black dog” embodies both an external character, representing society’s outcasts, and the internal demon, that is the inner voice or anxiety that comes with living as an outcast. Produced with OURNESS founder Andrew Klippel, the album features a prominent studio band made up of Kirin J Callinan on guitar, Michael DiFrancesco (Touch Sensitive) on bass and Julian Sudek (World Champion)on drums.
Smiling With No Teeth marks Owusu’s first extended release since 2017’s debut EP Cardrive. The album presents a soul-bearing narrative and full-length release that is impossible to ignore. Smiling With No Teeth intuitively picks apart and reassembles themes of mental health, resilience and race, to become a culmination of ideas and defining chapter in Owusu’s acclaimed discography, that begs for listening over and over. The album has been released worldwide by influential tastemaker imprint House Anxiety, who introduced the world to everyone from King Krule to Courtney Barnett, Vagabon, Hazel English and more recently, the Bad Boy Chiller Crew, and Aussie comrades Ourness.
GENESIS OWUSU U.S.TOUR DATES
Jan 13 Los Angeles, CA – The Roxy
Jan 15 San Francisco, CA – The Independent
Jan 17 Seattle, WA – Neumos
Jan 19 Denver, CO – The Bluebird
Jan 25 New York, NY – Bowery Ballroom
Jan 28 Atlanta, GA – Terminal West
Jan 29 Nashville, TN – Basement East
Jan 30 Austin, TX – Antone’s
Ticket Link: https://www.genesisowusu.com/tour
Up Next

Ghanaian actress, Yvonne Nelson, has come to the defence of veteran actor, Psalm Ajetefio (TT), over his “plead for leftovers” scandal that has hit the country over the past couple of days. END_OF_DOCUMENT_TOKEN_TO_BE_REPLACED

Despite public opinion that actress Yvonne Nelson has gone silent on the current ruling party, the New Patriotic Party (NPP), she begs to differ. END_OF_DOCUMENT_TOKEN_TO_BE_REPLACED

Caring Volunteers Network (CAVNET), INC, a Ghanaian based Non-Governmental Organization has received approval as a tax-exempt organization under the Internal Revenue Code (IRC) section 501 ( c ) (3) of the United States. END_OF_DOCUMENT_TOKEN_TO_BE_REPLACED