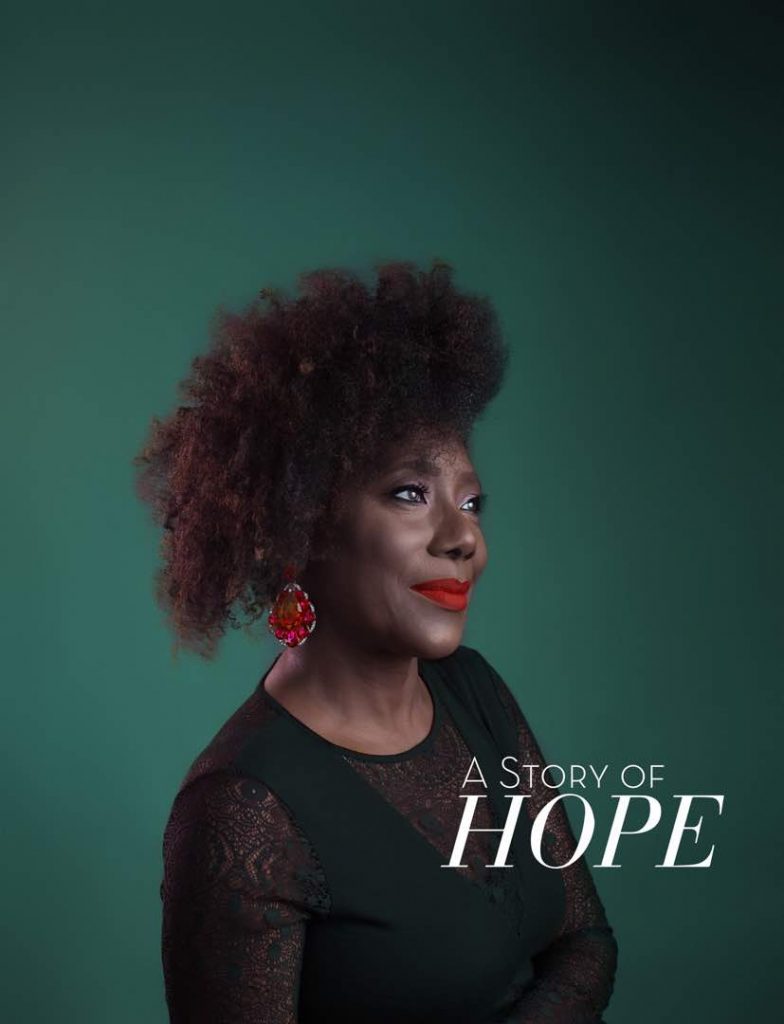 As breast cancer awareness month draws to a close, we couldn’t help but address the disease which continues to lay a global burden and according to the World Health Organization, is the most common cancer among women worldwide, claiming the lives of hundreds of thousands of women each year and affecting countries at all levels of modernization. This has made the need for awareness on early detection even direr now than ever. The invasive disease, which is practically incurable once spreading has occurred, can only really be prevented or snipped early with constant checks. Ergo, when a woman survives the disease, it is something worth celebrating. 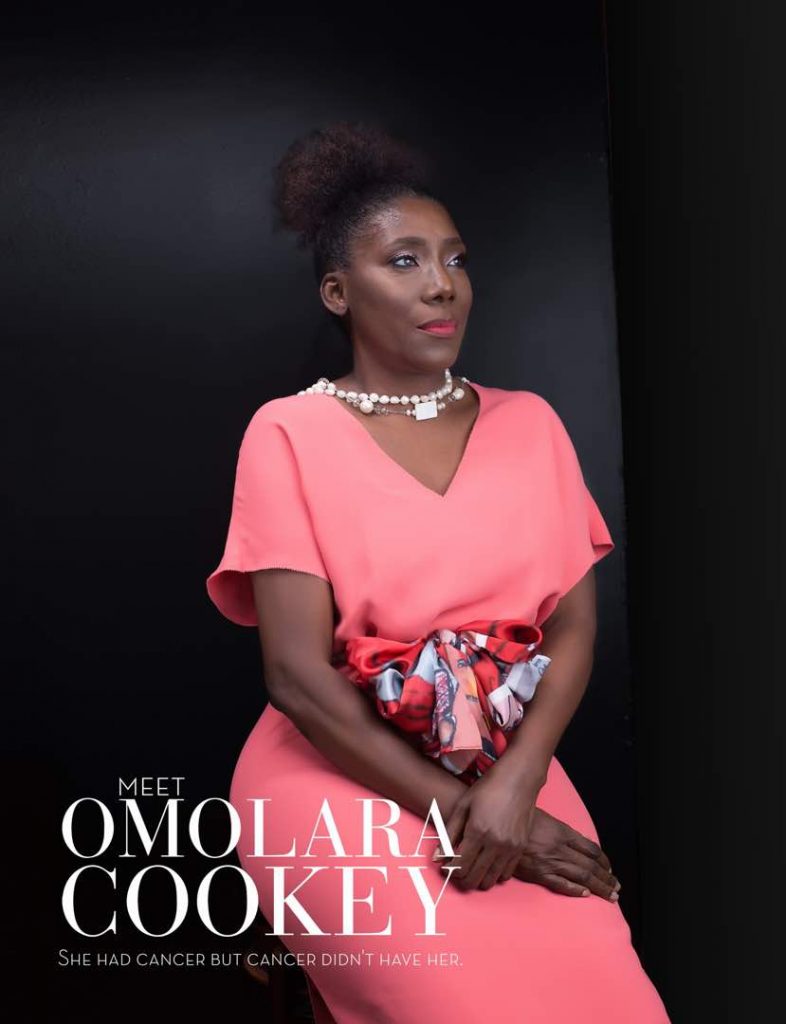 Omolara Cookey is a breast cancer survivor who shared with us her journey. The Incredibly articulate wife and mother, spoke of her journey with so much poise but she highlights that there was nothing-gracious about-facing death. Not only had breast cancer threatened her life, she had just survived a different life threat, Myasthenia Gravis, an autoimmune disease which leads to varying degrees of skeletal weakness. She had undergone intense physiotherapy to be able to swallow and regain use of her muscle. Initially, she describes how her emotions took hold of her, ‘not again’ she had said. She mentions weeping and feeling sorry for herself until she ditched self-pity for receiving God’s grace to fight. 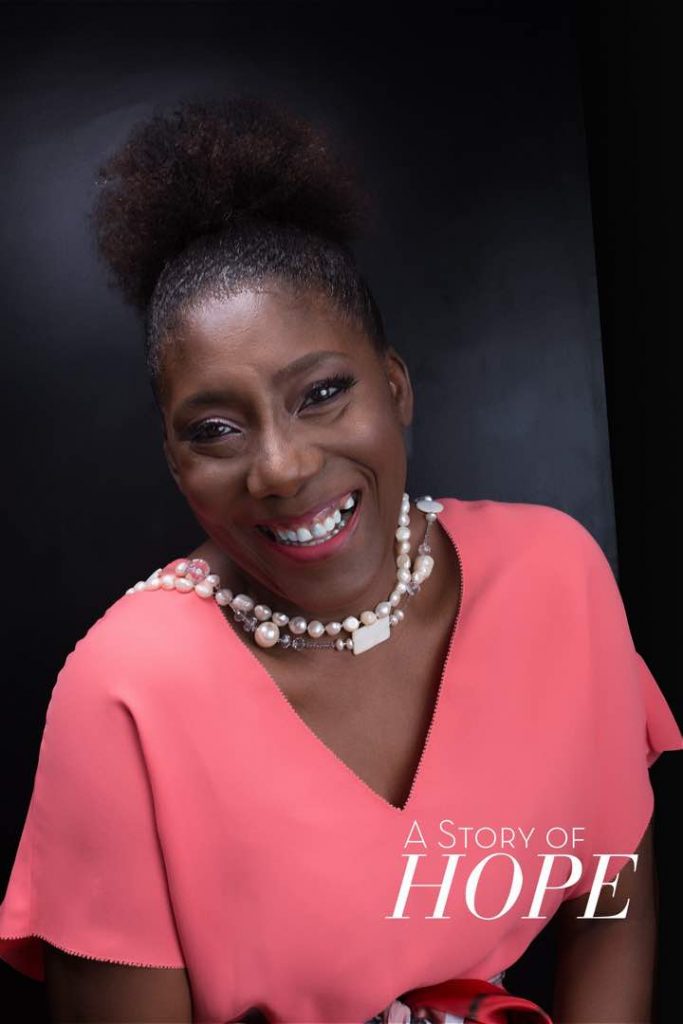 “I started constantly thinking about what I was thinking because it all starts with the mind. I held many trials with myself in my own head, if what I was thinking didn’t align with healing and wholeness, I was quick to dump it”. Mrs Cookey found a lump in one side of her breast which the doctor after conducting a mammogram had said had benign characteristics. She recalls receiving a prompting from the Holy Spirit to do a biopsy just to ensure that it was in fact benign. However, she was in a place of fear, she couldn’t understand how having just recovered mobility due to the auto-immune disease after a period of over 3 years, God would allow cancer to take hold of her, there was no way that would happen, she had repeatedly told herself. 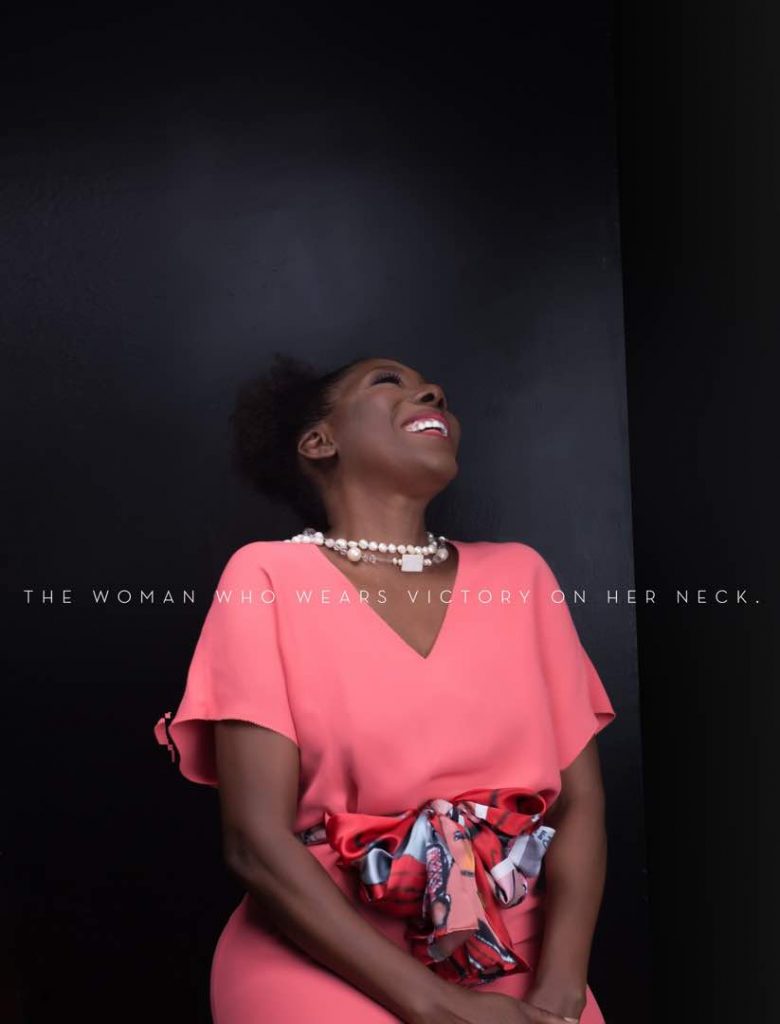 “I couldn’t believe that the God that I served would heal me from one life-threatening ailment and then give me another, but looking back now, that was training ground for what was to come”. Due to her denial, Omolara chose to ignore this prompting until 5 years later, she started to feel some pain so she carried out a biopsy, the lump was indeed malignant and she was found to have breast cancer. She flew to South Africa a few days later for a mastectomy. She winces as she remembers the ordeal, which nearly cost her life, she mentions never to wait and carefully instructs that many times, mammograms are done improperly. She warns that women have an intuition and when they feel something is wrong, it is better to get a second opinion than wait till it’s too late. Cookey nicknamed by her friends, Omolara Miracle, recognizes how blessed she is because after a period of over 5 years, the cancer could have spread horribly. She recounts that she had taken out her ovaries which she credits for preventing the spread of the cancer as that strain of cancer was oestrogen sensitive. God at play. 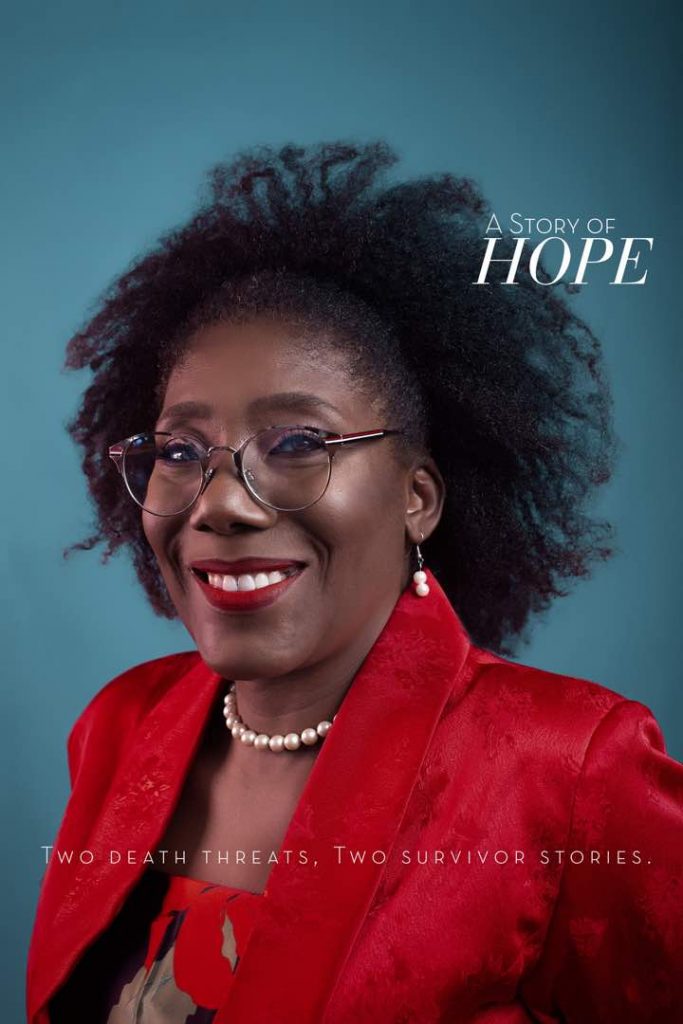 During her time in Johannesburg, as she readied for her surgery, she chose joy; Both pre-surgery and post-surgery, she repeatedly chose joy. She also began painting again after a 25 year long hiatus, ‘painting was therapeutic’, she recounts. “I painted my nails red signifying the blood of Jesus, played with my sister’s kids, my brother in-law treated me to a spa day and I prophesied the word of God over my life. There was no room for anything else, I entered into the lord’s rest”. Omolara who notes that her healing journey was deeply instrumental in self awareness and discovering what things to take on board mentions how she spends her time dwelling on things of eternal value such as relationships and her relationship with God. She also now dedicates her time to painting a lot more, a hobby she had long let go of, it brought her so much joy during her ordeal that she decided to keep it on. She includes her paintings on scarves as in the photo above. 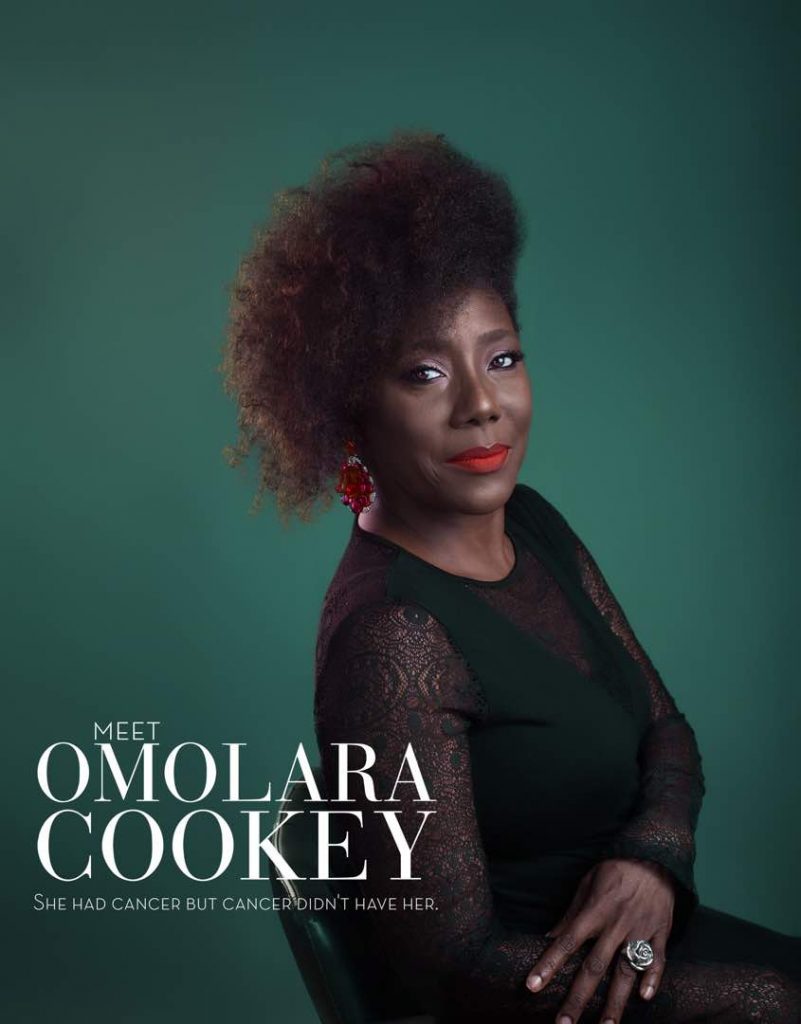 My experience deepened my resolve to foster my relationships and coming together more often with family and friends. Her advice to anyone going through a cancer prognosis… “Fight with everything you’ve got, if you don’t have faith, get it”. Mrs Cookey is one warrior princess whose battles she wears on her neck. It has been over 5 years since she survived breast cancer so for every year that goes past, she purchases a statement necklace, which she calls her victory necklace. It’s a reminder of what God brought her through. 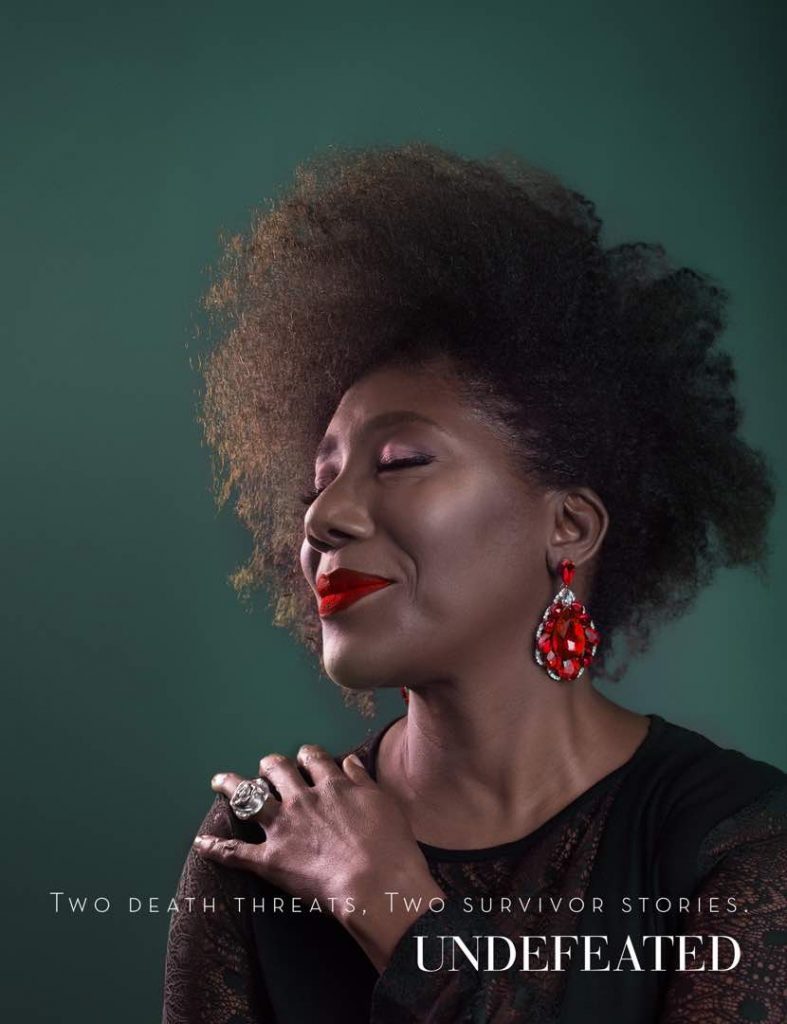 KKD's son opens up about his sexuality

Guytalk Podcast: 5 Ultimate Regrets Many Young People Will End Up Having In Old Age