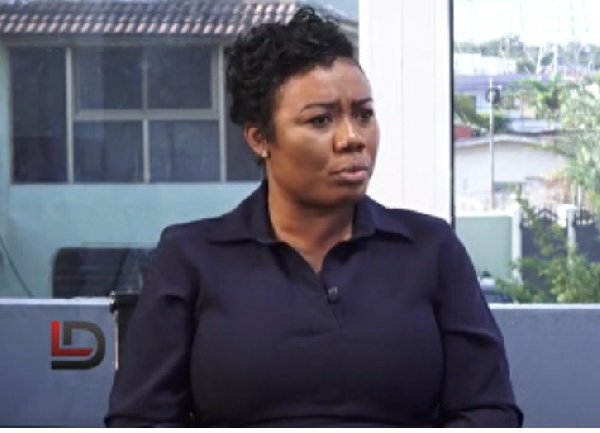 Ghanaian Journalist, Bridget Otoo has revealed that her shop has been attacked by armed robbers.

“Today too armed robbers have come to my shop to pull a gun on two of my shop attendants. They didn’t get any cash, they took their phones away. Hmmmmm,” she shared on Twitter.

This is the second time her shop has been ransacked by armed robbers.

In September, 2021, the Metro TV journalist, who doubles as an entrepreneur and sells cement revealed that she was robbed in broad day light. 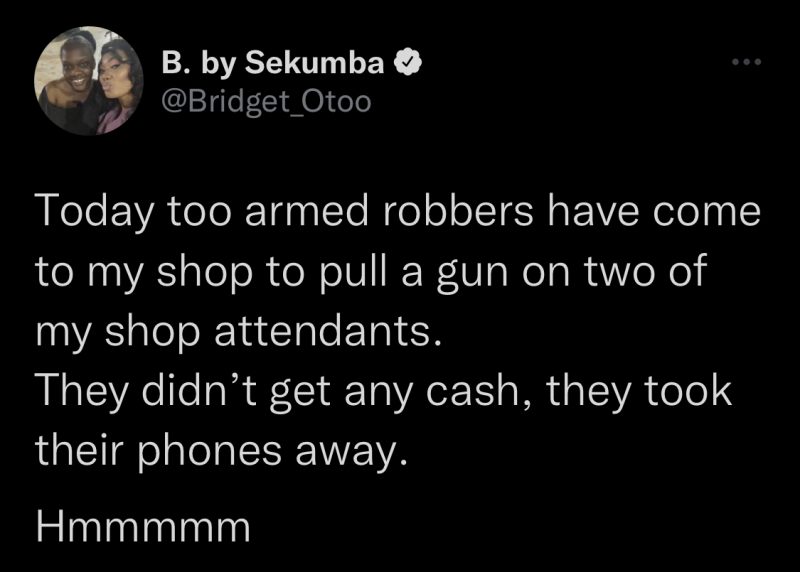 According to her, two armed men had come to her shop, pulled the gun on her shop attendant and took the morning’s cash sales of 500 cedis.

Her post caught the attention of the Ghana Police who she revealed responded swiftly and provided her with the support she needed at the time.

Read Also: Times are hard, but learn to reject some endorsements- Bridget Otoo to celebs

However, in her subsequent revelation today while sharing the news of the new attack, Ms Otoo may have insinuated that nothing was done about the culprits the last time she reported to the Police.

“You would go to police and report another robbery and nothing happens,” she tweeted. 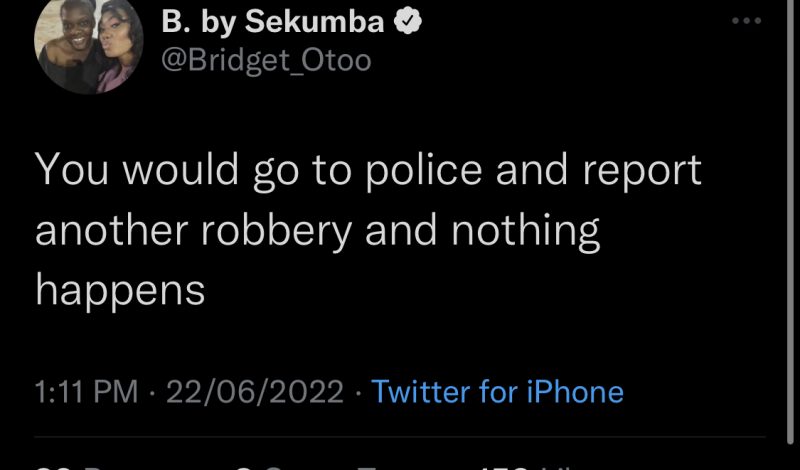 We are yet to get

Bose Ogulu has told her son Burna Boy to “tone down the madness” as she celebrated his birthday. END_OF_DOCUMENT_TOKEN_TO_BE_REPLACED

The Hewale Lala (Song Of strength) hit maker Perez Musik gets ready to have his first-ever major concert. END_OF_DOCUMENT_TOKEN_TO_BE_REPLACED

Kofi Sonny, CEO of 610Music, a direct representative for Universal Music Group in Africa, unveiled two of his newly signed artistes to the world over the weekend. The event pulled in dignitaries from all over the globe to witness what many have dubbed “the birth of greatness.” END_OF_DOCUMENT_TOKEN_TO_BE_REPLACED

GuiltyBeatz is ringing in the summer! The Grammy-nominated Ghanaian producer and DJ is back with another dazzling solo effort – an Amapiano-infused dance anthem ‘Universe’ featuring Pop sensation, Mr Hudson and buzzing Ghanaian singer, Twitch 4EVA. END_OF_DOCUMENT_TOKEN_TO_BE_REPLACED