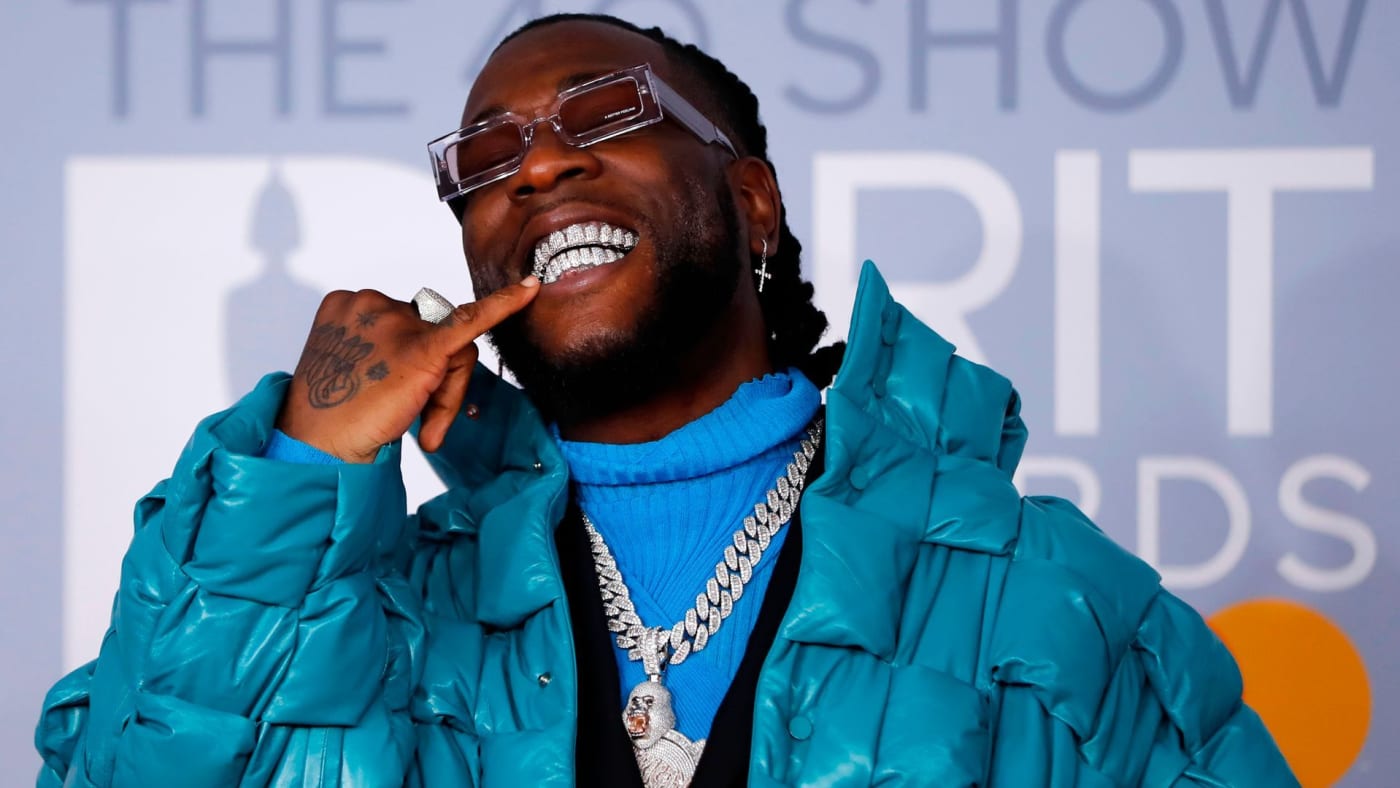 The police have said Damini Ogulu popularly known as Burna Boy was “heavily drugged” and behaved “violently and irresponsibly” as he was involved in a club dispute that left at least two people injured.

According to a police report which is reported to have been cited by Peoples Gazette, Burna Boy abused his influence when he used his police orderlies to intimidate other fun seekers at the sprawling Cubana nightclub in the elite neighborhood.

The five officers who are currently in the custody of the police were used to cause chaos at the night club Burna Boy made passes at a married woman who was with her husband. The man was identified simply as Lawrence Irebami.

The police report disclosed that Lawrence immediately resisted Burna Boy’s attempt to humiliate him, leading to chaos. The couple had only recently got married, the report said.

The report further noted that Burna Boy cheered as his guards assaulted the husband and fired initial shots into the air. Subsequent shots hit the husband and one of his friends, reports said. Burna Boy fled the scene.

The hospitalized husband later sent his wife to report the matter at the police station, three days after the matter had gone unreported outside initial outrage on social media on June 8, the morning after the violence, Peoples Gazette reports.

The Gazette has withheld the hospital’s name because the police feared the patient and medical personnel could come under pressure from Burna Boy’s supporters.

The police officers did not immediately file reports about what had transpired, and, when they ultimately did, they filed false accounts of how the situation unfolded, police report disclosed to The Gazette said.

The police unit in Victoria Island, after seeing holes in the claims of the officers, commenced a discreet investigation into what happened and discovered that the officers had lied in their report.

The report said the five officers who were not assigned to the Grammy-winning musician from the Lagos command. They were allocated directly to him from Abuja.

“He acted violently and irresponsibly at the club,” the report said, suspecting he was “heavily drugged” and sought additional time to properly investigate all accounts.

The commissioner immediately asked operatives attached to X Squad to look into the matter and the errant officers. The officers have not been arrested as of Sunday afternoon, senior command personnel told The Gazette. Three of them have fled while two have offered to turn themselves in.

Burna Boy has reportedly left the country and declined a request to comment on the incident from The Gazette on Sunday afternoon.

The singer has faced charges of violent conduct in the past, including in 2017 when he was named in a robbery attack on another artist at Eko Hotel and Suites in Lagos. The police declared him wanted at the time, but the matter was subsequently resolved under undisclosed terms.

Viola Davis makes a stunning transformation in the new trailer for ‘The Woman King’, in which she plays Nanisca, leader of the all-female warriors known as the Agojie. END_OF_DOCUMENT_TOKEN_TO_BE_REPLACED

African-American businessman and jet broker Kelvin Mensah, popularly known as PJKev has added his voice to the many people against the building of the National Cathedral. END_OF_DOCUMENT_TOKEN_TO_BE_REPLACED

Nigerian hip-hop artiste, Eedris Abdulkareem has disclosed that he is battling kidney failure and will have a surgical operation at the end of July. END_OF_DOCUMENT_TOKEN_TO_BE_REPLACED

According to reports from Nigeria, unidentified gunmen have attacked an ‘advance team’ of President Buhari’s presidential aides leading to injuries to two people. END_OF_DOCUMENT_TOKEN_TO_BE_REPLACED

Sensational highlife/afrobeat artist KiDi has said that his dream is to collaborate with Daddy Lumba on a song. END_OF_DOCUMENT_TOKEN_TO_BE_REPLACED