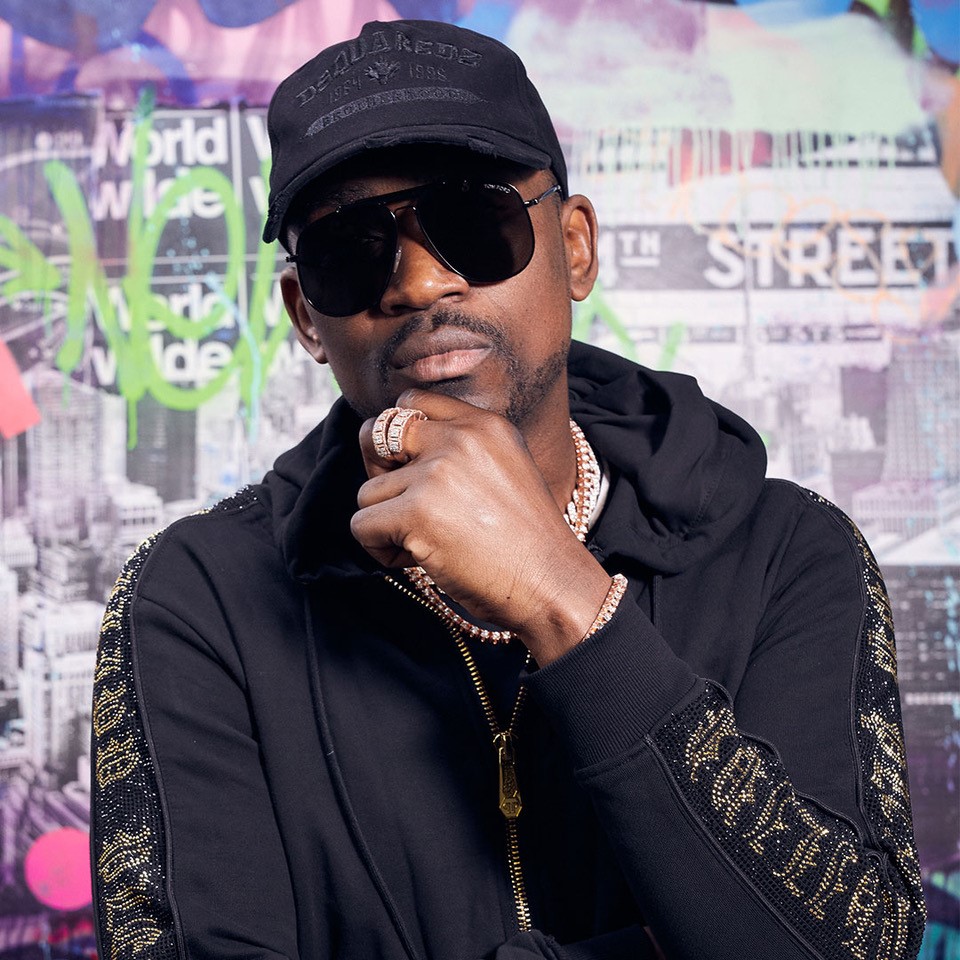 The album launches the Friday after a successful week of New York and Boston promo including stops at Tidal, Billboard, YouTube, Power 105, On The Riddim, Jamn 94.5, Apple Beats 1 with Ebro which held the world premiere of his new single “100%” featuring Afro B and more. On Thursday October 3rd, he made history being the first reggae artist to do an album signing at the popular Green Acres Mall in Valley Stream New York, serving the Long Island and Queens areas.

He continues his promo with stops in Philadelphia, Connecticut and Florida for Miami carnival. In addition to these stops, exclusive listening events were held for DJ’s and music influencers in Brooklyn and Maryland.

The new album features popular singles ‘Stay So‘ (30+ million views on YouTube), ‘One Way‘, ‘Dolla Van‘ and’Got To Tell You’. The four tracks have amassed millions of social media impressions to date, weekly streams in the hundreds of thousands and active rotations on mix-show radio in the US, as well as massive street credibility. The album includes features from dancehall legend Bounty Killer on ‘Nuh Weh Nuh Safe,’ veteran deejay Josey Wales on the retro flavored ‘Bring Back The Vibes’ and breakthrough Afrobeats artist Afro B on “100%”.

Busy Signal is renowned for his successful fusions of dancehall reggae with Afrobeats, hip-hop and EDM that have yielded unique sounds and a broad based audience. This innovation has led to international popularity, providing multiple collaborations and music placements with major corporations including Pepsi and Bacardi, in advertising campaigns. “In today’s world where, the attention spans are short,” said Busy (real name Reanno Gordon). “People don’t want to stay on one thing, they want the next thing at all times, you must keep the thing new.” Highlighting his focus on targeting as wide a fan base as possible, Busy states “It’s all love and entertainment.”

With this, his fifth project, Busy is well-established in the dancehall scene and this acclaim has transcended the Caribbean, with concerts and chart hits throughout America, The Caribbean, Europe and Africa. His long history in dancehall began in the early 2000’s, as a member of Bounty Killer’s famous Alliance crew. His musical prowess allowed him to breakthrough as a solo artist, with his 2005 hit ‘Step Out’. This was followed by years of dominance in reggae and dancehall, with classic hits such as ‘Come Over’, ‘Unknown Number’ and ‘Whine Pon Di Edge’. His ability to cater to the need for new music was showcased in his 2010 albums, crossing-over genres with multi-award winning artists such as the wildly popular Major Lazer on the 2012 ‘Push and Shove’ featuring No Doubt and one of 2013’s songs of the year ‘Watch Out For This (Bumaye)’. He also attacked the Latin music market with ‘Busy Latino’. His musical fluidity has been the driving force behind much of his success; for example, with the inventive reggae cover of Phil Collin’s soft-rock hit ‘One More Night’, which is one of his most popular tracks.

Related Topics:Busy Signal
Up Next