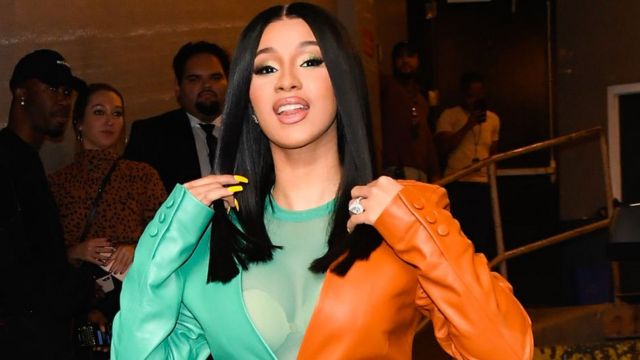 ‘Bodak Yellow’ by Cardi B has just been RIAA-certified diamond, making her the first-ever female rapper to achieve the feat.

It’s safe to say Cardi was stoked by the news of her achievement, although it came out of the blue while she was rehearsing for her upcoming Grammys performance on Sunday, March 14th.

“Then I still got drove to a restaurant. I’m like, ‘Are you fucking kidding me? I’m trying to go home, see Offset, fuck him. Ah!’ Then I’m here and I just got this crazy surprise. And I think you guys are gonna find out tomorrow and I just want to say: Thank you guys so much because without you guys this wouldn’t happen,” she added.

Six hours after Cardi’s post, the Recording Industry Association of America retweeted her to make the announcement official.

“Congratulations to @iamcardib,” they wrote, “The first female rapper to achieve a RIAA [diamond] single award!”

Related Topics:Cardi B
Up Next