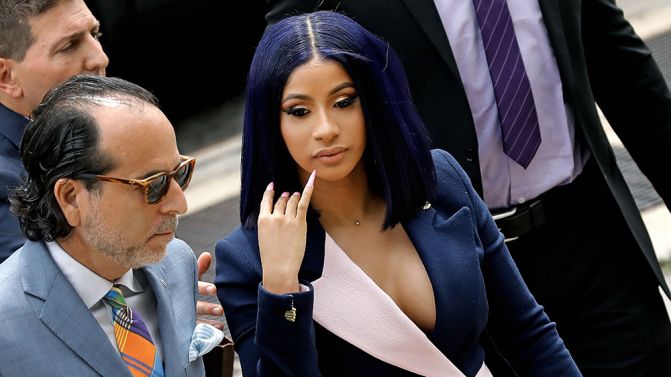 On Tuesday, Cardi B pleaded not guilty to two felony counts, as well as a handful of lesser counts, stemming from her alleged involvement in two strip club altercations last August.

“Not guilty, sir, honor,” she said. This appearance by Cardi B, whose legal name is Belcalis Almanzar, marks her legal drama’s shift into far more serious territory.

Watch: Afrobeats is taking over, pay more attention to it – Rapper Cardi B

On Friday, a grand jury indicted her on felony attempted assault and lower-level counts such as harassment, conspiracy, and reckless endangerment. Before the indictment, she had been facing misdemeanor assault and reckless-endangerment charges.

Cardi B who previously said no to a plea deal that could have kept her out of jail was initially accused of throwing a glass bottle and alcohol during an alleged altercation at Angels NYC Strip Club in the early hours of August 29.

According to prior court documents, sisters Sarah and Rachel Wattley were working as bartenders at the club that evening. The initial allegation was that a brawl had broken out after someone in Cardi B’s party threw a drink at them.

Messi look-alike denies conning 23 women into sleeping with him

Watch: Afrobeats is taking over, pay more attention to it – Rapper Cardi B