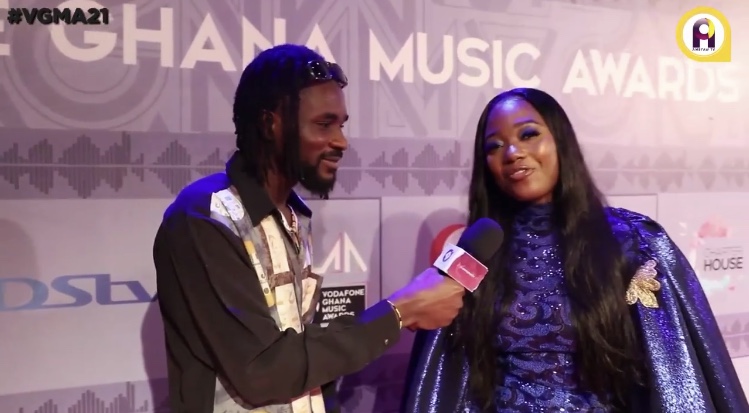 The ‘Best In Me’ hitmaker  made this known while speaking in an interview on AmeyawTV at the 21st Vodafone Ghana Music Awards.

According to Efya, Tiwa Savage is an amazing woman who serves as a major inspiration to her.

“Tiwa is amazing, she just dropped her new album Celia and it’s so wonderful to be working with such a woman like that she inspires me and I hope we get to do more music together” she said.

Efya delivered an energetic performance of her new song ‘The One’ featuring Tiwa Savage at this year’s VGMAs which was held last weekend at the Grande Arena, AICC.

Efya also revealed working on other international collaborations and announced that she’ll be dropping a new song in September.

Related Topics:efyaTiwa Savage
Up Next