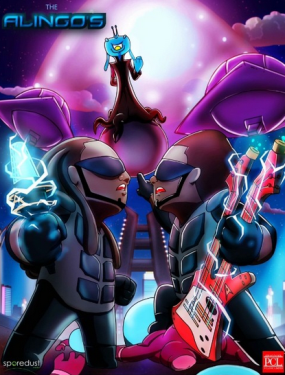 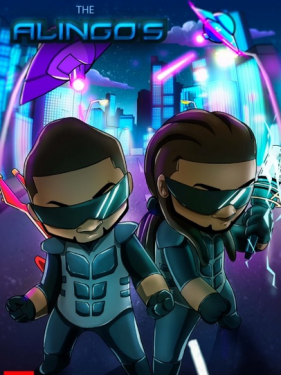 Peter Okoye just released these photos on his instagram page. Says The Alingos cartoon series, which is centred around the singing brothers, will hit on our TV screens soon. Peter said they have been working on the project for five years. 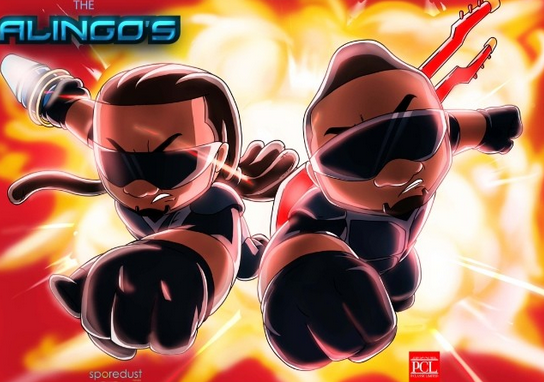 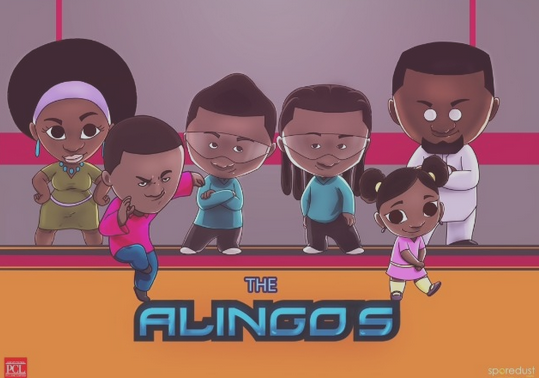 Over the past few months, the multiple award-winning duo of Peter and Paul Okoye, famously known as P-Square, have relentlessly been working on a ground-breaking and unprecedented family-oriented animated series entitled “The Alingos.” The project is an innovation from the stables of P-Classic Entertainment.

P-Classic entertainment is an entertainment company founded and controlled by the P-Square brothers and headed by Peter Okoye. The outfit is aimed at producing television contents, animation, discovering and grooming young musicians, and providing an array of entertainment to Nigeria, Africa and the world at large.

In their usual style of raising the bar in the entertainment scene, the duo is taking it a notch higher.  The Alingos was inspired by the need to create a unique content for children and fill the vacuum in the media sphere for this demographic. Adults would also find the animated series appealing. The Alingos will be the first high quality animated series from Nigeria to fit local television while intelligently crafted to serve international audience as well. It will initially run as a weekly web series and then on TV.

This family animated series is just one of many surprises the duo have stocked in their goody bags to revolutionise the entertainment industry. It’s no news that P-Square has become synonymous with top class standards, reflective in the quality of their song-writing, dance and music videos.

To herald the launch of The Alingos, the brothers are releasing a teaser – an animated music video for their hit single ‘Unlimited’. It is the first high quality animated video in Nigeria and by extension the whole of Africa. This animated music video is 100% Nigerian; no foreign inputs and is created in High Definition with superior picture and sound quality, as expected from the duo. The production quality compares to anywhere in the world.

The public and fans of P-Square will get to watch the ‘Unlimited’ animated video as well as The Alingos (when it hits the screens) by first downloading the P-Square app (P2) due for release next week.

The P-Square app is another novel and exceptional concept from the creative minds of the twin brothers, to connect and interact with their numerous fans and followers all around the world. Definitely, this app will transform the fan community and pioneer a new trend in the entertainment scene.

The app will contain an archive of exclusive pictures of P-Square, gallery of latest musical videos including all the videos from past albums, compilation of all P-Square’s songs, behind-the-scene videos, awards and concerts videos, concert tickets, events and tour dates as well as their flagship project The Alingos series. The app also integrates popular social media networks – facebook, twitter, youtube etc. into one space and serves as a platform to bring P-Square closer to their fans.

Fans and the public will have endless access to all these materials and more awesome content from P-Square in the future by downloading the P-Square app for free on andriod, iOS and windows devices.

P-Square continues to be trailblazers in the music and entertainment scene in Nigeria and the whole of Africa.

What are you waiting for? Don’t be left behind. Join in what’s trending. Get set to download the P-Square app and watch the epoch-making music video that will keep people talking for years to come.
culled from linda ikeji