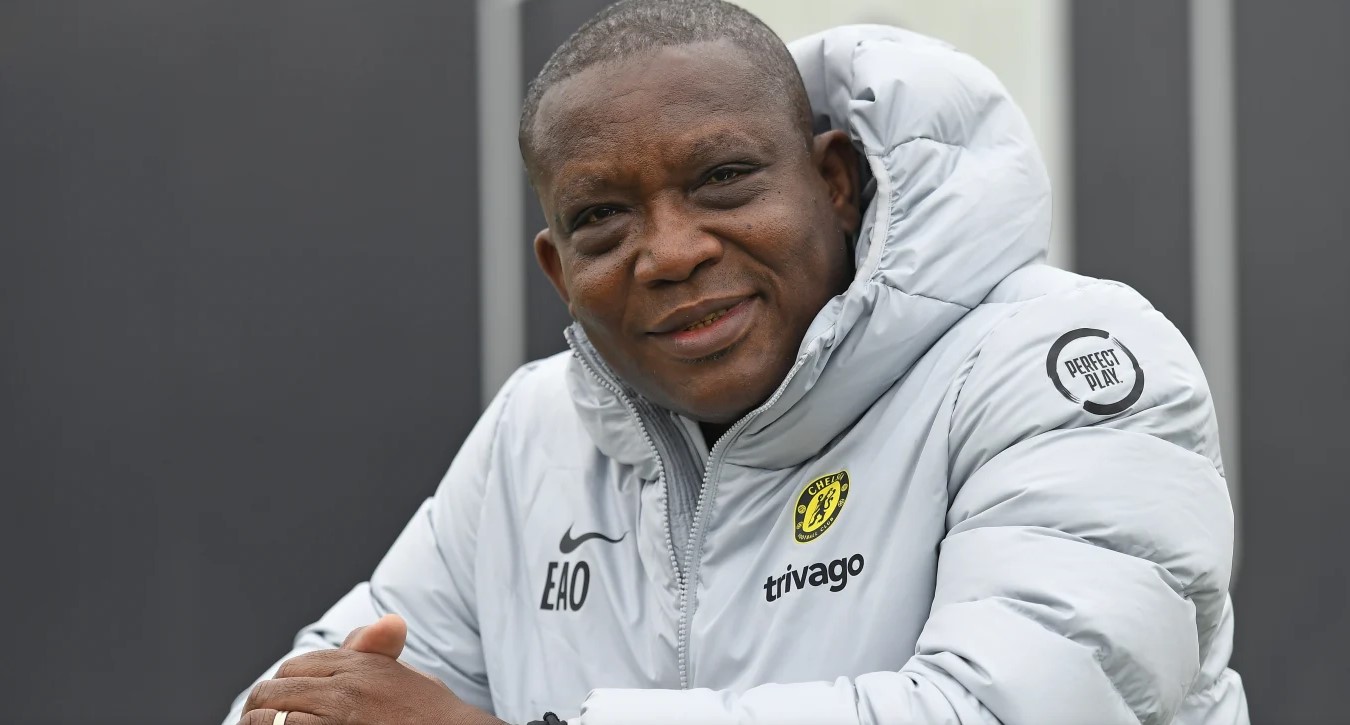 A Ghanaian man, Eric Asiedu who was a hugely popular figure at Chelsea’s Cobham training ground in his role as an Academy kitman has passed away.

News of Eric’s passing was shared on social media by Chelsea FC’s stars and was confirmed on the official website of Chelsea FC today.

In a statement shared by the football club, Eric was described as:

“a man always going about his work with an infectious smile and wonderful positivity.” as well as “A humble and warm character.”

Read Also: The heat is on for Chelsea and Liverpool as the Carabao Cup Final fast approaches on Showmax Pro

Eric joined Chelsea FC in April 2013, his presence and personality proving integral to the values of our Academy culture. He has been a constant on the sidelines during a great many of our youth team successes over the years.

Affectionately known as ‘boss’ by players and staff alike, Eric went above and beyond to develop strong relationships with those he worked with in the Under-18 age group. He was a caring mentor and confidant in the dressing room to players taking their first tentative steps into full-time football while carrying out his daily duties in a meticulous fashion.

According to a niece of his, Eric was in Ghana two weeks ago for a short vacation to visit his family.

This is my uncle . He came to Ghana to spend some holidays just last 2 weeks and he passed away this morning. These past few days hasn’t been okay with me but better days ahead . Thank you uncle for the advice and support ❤️ https://t.co/OiYIrwTyto pic.twitter.com/3xdu3P8rp2

See tributes from some of Chelsea FC’s stars below.

RIP Eric 💔 heartbreaking news, your smile and personality were the heart of the academy. You were more than a kit man to me and so many others and will be truly missed. 😢❤️ pic.twitter.com/5vRoU09zhZ

You was more than a kit man. You had a real clean heart, funny personality and always wanted the best for all the academy lads. Miss the days when I used to rummage for fresh Nike socks 😭

Until we meet again💔 fly high & rest easy. Will miss you🥲 pic.twitter.com/pg0nyue8P7

Viola Davis makes a stunning transformation in the new trailer for ‘The Woman King’, in which she plays Nanisca, leader of the all-female warriors known as the Agojie. END_OF_DOCUMENT_TOKEN_TO_BE_REPLACED

African-American businessman and jet broker Kelvin Mensah, popularly known as PJKev has added his voice to the many people against the building of the National Cathedral. END_OF_DOCUMENT_TOKEN_TO_BE_REPLACED

Nigerian hip-hop artiste, Eedris Abdulkareem has disclosed that he is battling kidney failure and will have a surgical operation at the end of July. END_OF_DOCUMENT_TOKEN_TO_BE_REPLACED

According to reports from Nigeria, unidentified gunmen have attacked an ‘advance team’ of President Buhari’s presidential aides leading to injuries to two people. END_OF_DOCUMENT_TOKEN_TO_BE_REPLACED

Sensational highlife/afrobeat artist KiDi has said that his dream is to collaborate with Daddy Lumba on a song. END_OF_DOCUMENT_TOKEN_TO_BE_REPLACED