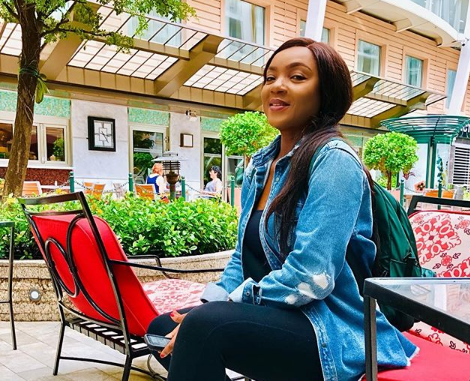 Nollywood actress Chioma Akpotha has revealed that she doesn’t watch her movies because she just ‘don’t like looking at herself’.

“I don’t like to see myself; I hate to hear my voice that is why I’m not even wearing the headphones [in the studio]. I feel I sound funny.

“I watch them not to entertain myself but…I hate criticizing myself. I’m never enough; I just feel that way so I go back and still work…,” she said on Daybreak Hitz on Hitz FM.

According to the actress, The kind of remarks she gets from people who watch her movies gives her the courage to sometimes watch herself on the screen.

She mentioned her husband Franklin Akpotha her “greatest critic.”