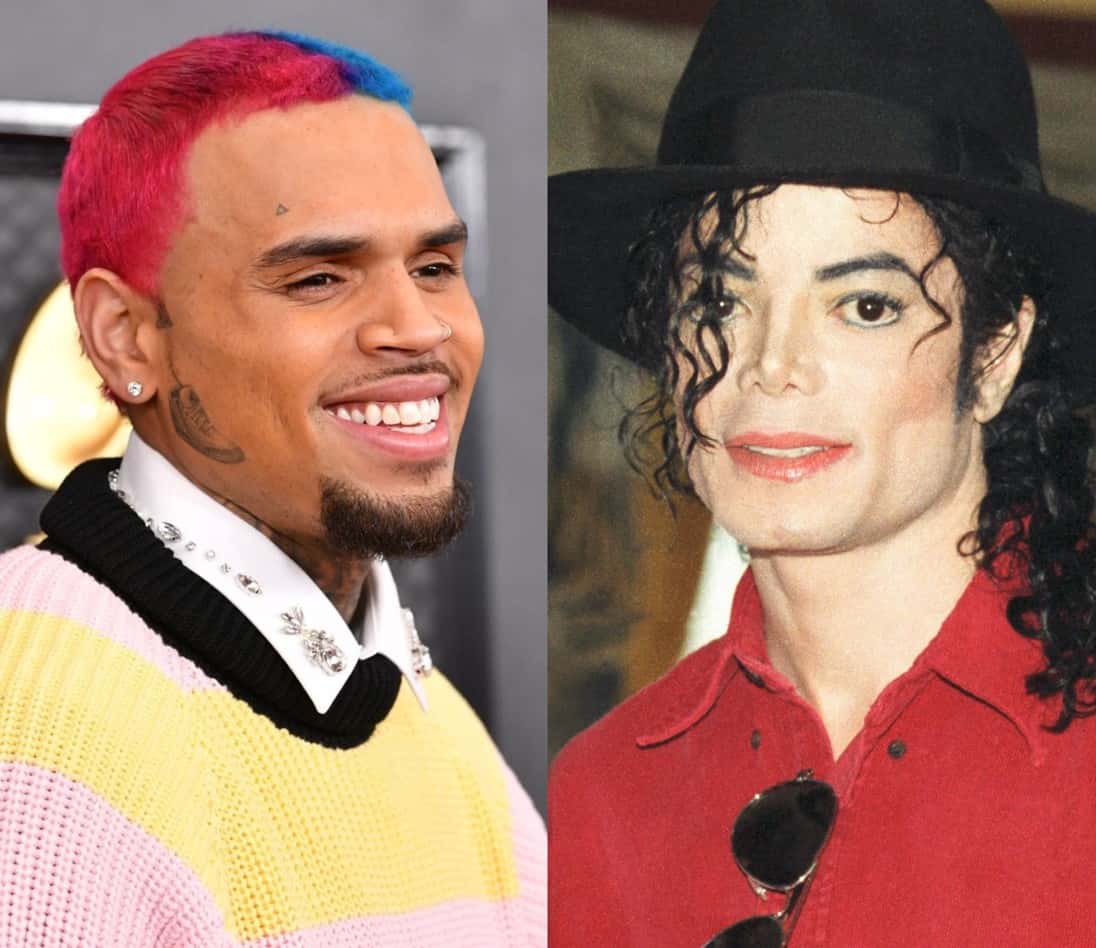 Chris Brown is calling cap on the Michael Jackson comparisons.

For years, the internet has tried to compare the talents of the two superstars, with some even suggesting that Chris is better than the King of Pop.

But while some fans may argue otherwise, Chris is shutting down the comparisons. “That’s cap,” he immediately responded when Big Boy brought up the topic during an interview to promote his new album Breezy.

When asked how he deals with the conversations, he responded, “I stay the hell up out of it. I’ma keep it a hundred. I kinda back off it.”

He gave props to his idol for inspiring him and said he will never be able to compete. “My personal take on it is I wouldn’t even be breathing or even be able to sing a song if that man didn’t exist,” he said. “I don’t know if they look at it as a Jordan-Kobe thing, but I couldn’t even look at it. He’s light years ahead. There is no competing with him.”

Chris revealed that he has “shrines of this man hanging up in my house,” adding, “Hell no, I ain’t better than him.”

The CB-MJ debate was recently reignited following a viral tweet from Ryan Clark. “Chris Brown is more talented than Michael Jackson… there I said it! Have a great week,” tweeted the former NFL star before social media weighed in on the controversial statement.

This is not the first time Chris has drawn comparisons to his idol. In 2019, 50 Cent declared CB “better than MJ.”

Justin Bieber has also celebrated his “Don’t Check On Me” collaborator, likening Brown to a combination of Jackson and Tupac Shakur. “Everyone wants to wait til people die To give them the credit they deserve,” said Bieber. “I’m calling it now when CB passes away after a long full life, you will miss what you had in front of you the whole time … trust me watch you will see.”

During the Big Boy interview, Chris once again weighed in on a potential Verzuz. In the past, he said that he was only interested in battling himself, however, that may have changed.

“I’ma keep it a hundred. I’ve been talking to the people so we might figure something out but I ain’t gon’ say nothing yet,” he teased.

Videos have emerged of the moment a Russian ice hockey star who signed a million-dollar contract with an American team was rounded up by Russian policemen and taken to an army enlistment office before he is sent to fight in the war in Ukraine. END_OF_DOCUMENT_TOKEN_TO_BE_REPLACED

A woman who flashed a gun before attempting to make her way into Diddy’s BET after-party was arrested outside the mogul’s house. END_OF_DOCUMENT_TOKEN_TO_BE_REPLACED

Andy Goram has died at the age of 58 after a short battle with cancer. END_OF_DOCUMENT_TOKEN_TO_BE_REPLACED

A woman who went viral 2 years ago for marrying the man who caught the garter after she caught the bouquet at their friends’ wedding, has shared an update on their marriage. END_OF_DOCUMENT_TOKEN_TO_BE_REPLACED

Liverpool star, Mohamed Salah has committed his future by signing the biggest deal in the club’s history. END_OF_DOCUMENT_TOKEN_TO_BE_REPLACED