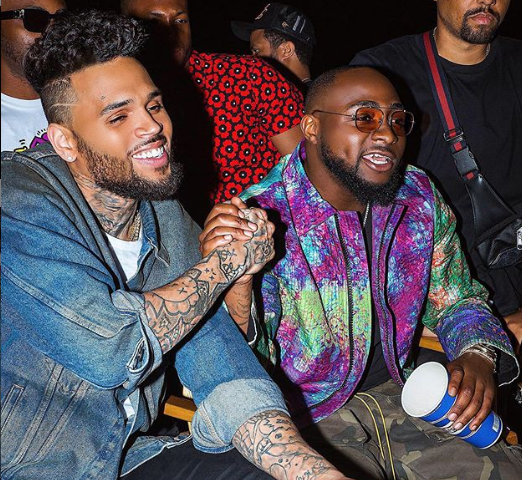 Afrobeat star Davido has hinted that Grammy Award-winning singer Chrisbrown will be part of his groomsmen when he ties the Knot with his fiancee Chioma in 2020.

The DMW music boss took to his twitter page to reveal that Chrisbrown specifically requested to join his wedding train.

The visuals became the first video by an African artiste to hit over 1 million YouTube views in 12hours.

Also, over the weekend, Brown brought out Davido to perform alongside him at the Barclays Centre stop of his Indigo Tour.

TV3 is not only best in new and entertainment, but best in rewarding its staff too. END_OF_DOCUMENT_TOKEN_TO_BE_REPLACED

The Ave Maria School has launched its 40th-anniversary celebration by urging school leaders to provide better opportunities and platforms for interaction with students in order to guide them in their education. END_OF_DOCUMENT_TOKEN_TO_BE_REPLACED

Sadiq Abdulai Abu, the Chief Executive Officer (CEO) of 3Media Networks has stepped down from his role. END_OF_DOCUMENT_TOKEN_TO_BE_REPLACED