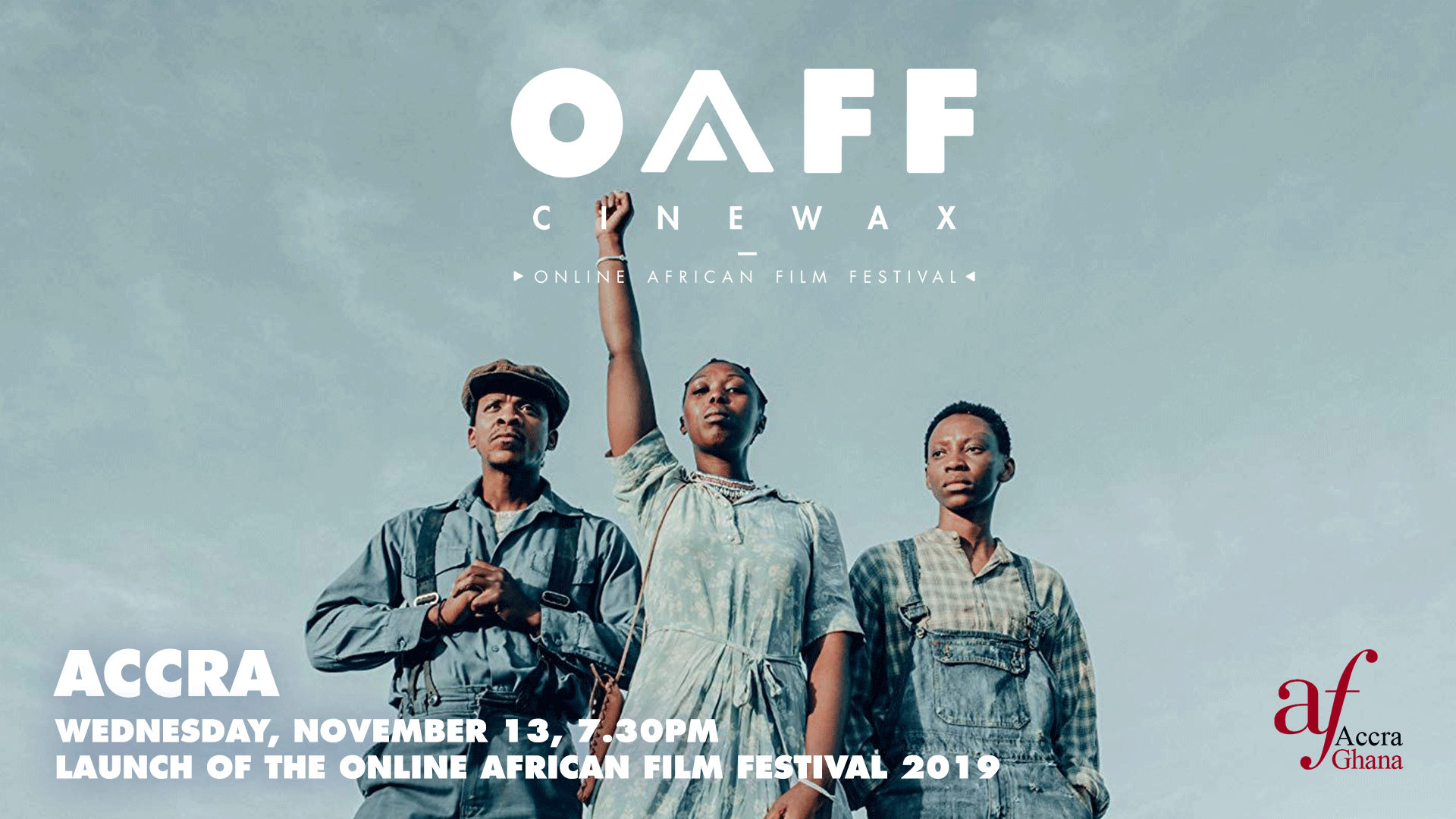 Cinewax Online African Film Festival (OAFF), the first online festival dedicated to African films will host its second edition this November. There will be a launch event in Accra on November 13 at the Alliance Française, where two films would be screened at 8 pm, for only GHC20 !

This year’s theme will be  “The African dream”. The festival will reveal a selection of 30 exclusive films from African and diaspora directors, for one month, from November 15 to december 15, available worldwide.

The Cinewax Online African film festival 2nd edition is a unique concept to showcase African films online in the World. Though an exciting film selection of short films, features films, and documentaries, the festival is exploring the collective imaginaries about Africa and the African diasporas.

All the movies are available for 8€ for the month in our platform, only for one month.