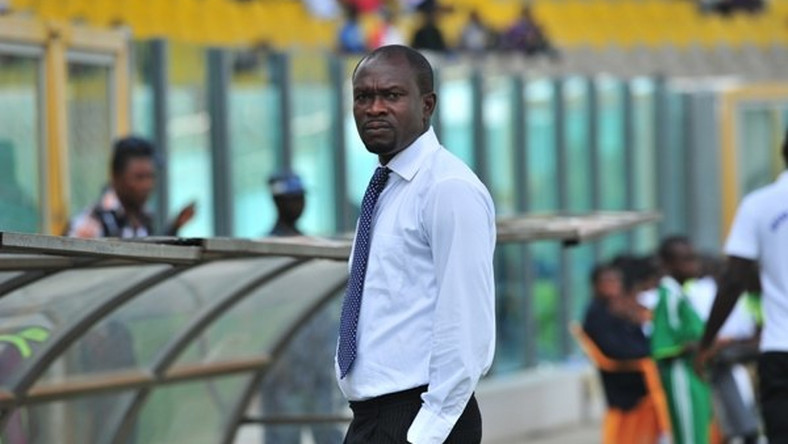 Those of you who are fans of the Black Stars soccer team will know that there’s been a spirit of change sweeping through Ghanaian football for the past few months, and that change has now extended to the position of national team manager. Kwesi Appiah is no longer in charge of the Black Stars. His position has been taken by a new man in the shape of CK Akonnor.

In truth, Akonnor isn’t a totally new name when it comes to the management structure of the national side. He was a trusted coach under the Appiah regime, and so, in some ways, he represents a continuation of the former coach’s work. He will want to be seen as his own man, though, and he comes with excellent credentials and a strong international reputation. Akonnor will need no introduction of Asante Kotoko, both of whom he’s managed in the past, and he’s also well known and loved in Europe from his time as a player with German sides Wolfsburg and Fortuna Koln, the former of which he captained with distinction.

Akonnor’s immediate priority will be identifying the players who will offer him and his country the best chance of qualifying for the World Cup in Qatar in 2022. The Black Stars had successfully qualified for three consecutive World Cup competitions prior to the disappointment of missing out on Russia 2018. That failure, combined with an equally disappointing showing at the most recent African Cup of Nations, was enough to persuade the Ghanaian FA that the time had come to take drastic action. Very few people predicted just how drastic that action would be – during the first week of the year, the FA terminated the contract of every national team manager at every level of the game.

Given the level of transformation happening within the Ghanaian FA, Akonnor could be seen as a surprisingly conservative choice. In October 2019, Kurt Okraku became the new president of the FA and promised to bring about a revolution within the sport, with a focus on cutting down on corruption and unfair practices. The image of the FA had been extensively damaged both at home and abroad by a damaging documentary that appeared to show evidence of bribery at the game’s highest level. Okraku sees his biggest job as restoring trust between the FA and soccer fans within the country and is on record as saying that Ghanaian football had ‘sunken into oblivion’ in the immediate aftermath of the controversial documentary.

Talk is one thing, but the early signs suggest that Okraku means business. It was revealed last week that the FA has taken legal action against illegal sportsbook operators who have knowingly taken unauthorized wagers on the outcome of soccer matches within the country. Bets may not be placed on GFA contests unless the body has provided specific authorization to the parties accepting the bets, but in the past, the rules surrounding the issue have seldom been enforced. The strict regulations prohibit any professional soccer player, coach, or official from betting on the outcome of contests, regardless of whether or not they’ve been involved in the contest they’ve placed a wager on, and were tightened up on December 20th last year as part of Okraku’s vision for a cleaner sport. The outspoken president has also filed a direct complaint with Ghana’s Gaming Commission, which he believes to have permitted licensed betting companies to break the law where it concerns football.

The GFA’s new stance on betting is somewhat at odds with Ghanaian gambling laws in general, which are considered to be some of the most relaxed and liberal in all of Africa. Ghanaians are not only permitted to gamble in casinos but also have access to online slots websites based both within the country and further abroad. The level at which online slots and other casino companies have been able to advertise in and around football is believed to be of concern with Okraku, who would prefer to see a stricter separation between the business of football and the business of gambling. He doesn’t deny that online slots websites like Amigo Slots and casino companies have a right to exist – he just appears to resent the level of influence that they appear to hold over his sport.

The legal issues are a concern for the FA, though. Soccer fans will be far more interested in what happens on the pitch, and that’s now a matter for CK Akonnor to deal with as part of his new role. For all of his previous achievements in football, this will be the most challenging assignment of his career to date. He takes over the Black Stars in a difficult moment, with the team performing worse than it has in living memory and confidence in the team at an all-time low. On the surface, he also appears to have inherited a squad lacking some of the star power that teams of the recent past have been able to offer.

For all the media circus and highs and lows that have come along with him, the long international career of Asamoah Gyan is at an end. To all intents and purposes, it had come to an end before last year’s African Cup of Nations. He only agreed to play in the tournament after a personal phone call from President Nana Akufo-Addo, and at the age of 34, he represents the past that Kurt Okraku has entrusted CK Akonnor to help the team escape from. Even if Gyan wanted to carry on, by the time the next major international tournament arrives, his playing career would likely be over. It’s time for new faces, and there’s a shortage of obvious candidates.

With the exception of the Ayew brothers, there are no current members of the national side who ply their trade in the English Premier League. Christian Atsu has spent much of the past twelve months injured and has to reclaim his place in the Newcastle United starting lineup before he can be considered for international duty. The forward line, in particular, looks especially weak, and it’s not clear where the next generation of Black Stars is going to come from. For CK Akonner, the hard work starts now, and we’d be surprised if he isn’t already scouring videotapes of every viable Ghanaian striker he can find on the internet. We wish him all the best of luck – and we have a horrible feeling he’s going to need it.

Related Topics:CK Akonnor
Up Next

Recovering from a car accident