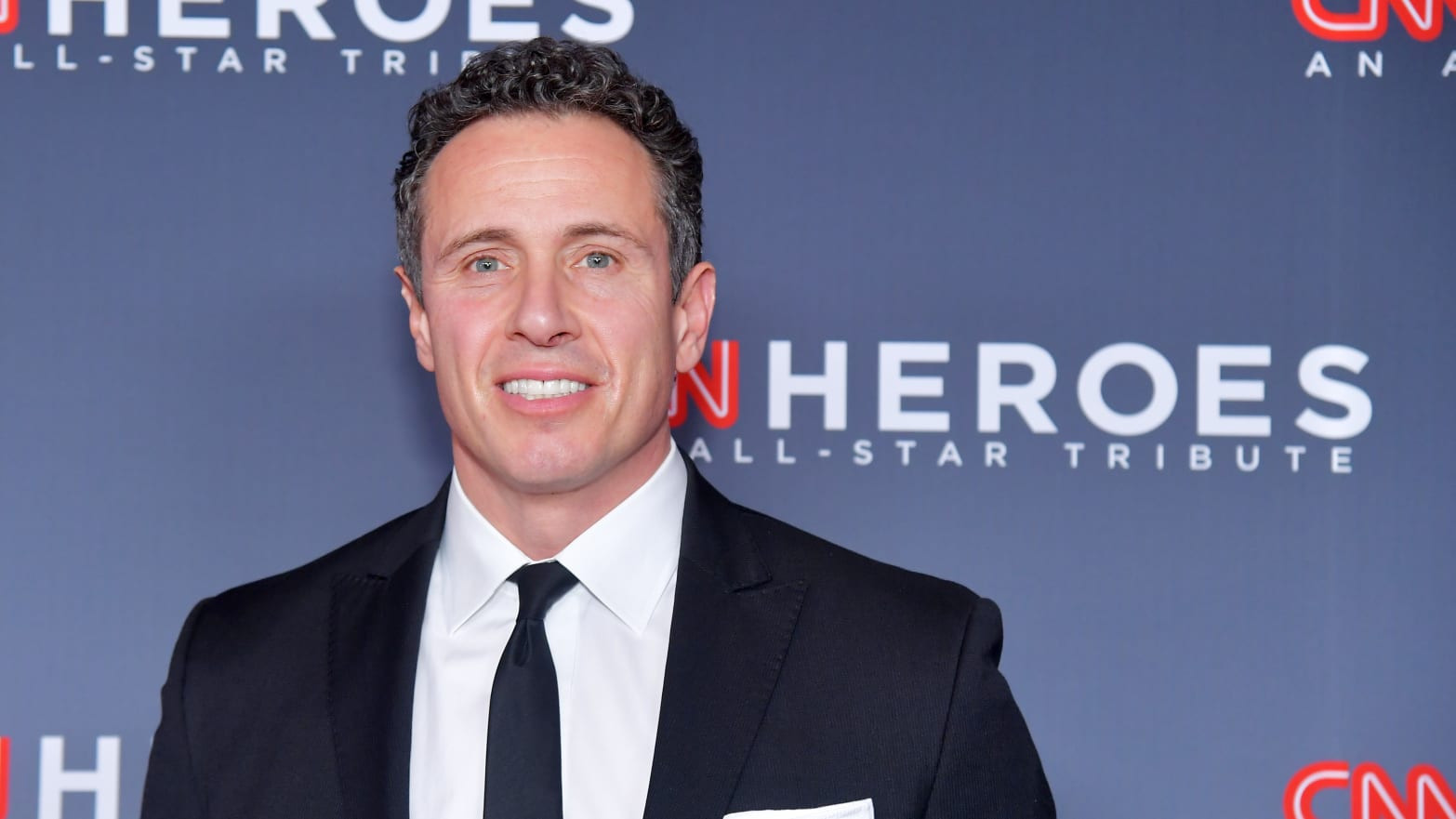 In a tweet on Tuesday, March 31, Chris revealed that he experienced COVID-19 symptoms, including “fever, chills and shortness of breath.”

“I have been exposed to people in recent days who have subsequently tested positive and I had fever, chills and shortness of breath.

“I just hope I didn’t give it to the kids and Cristina. That would make me feel worse than this illness!” 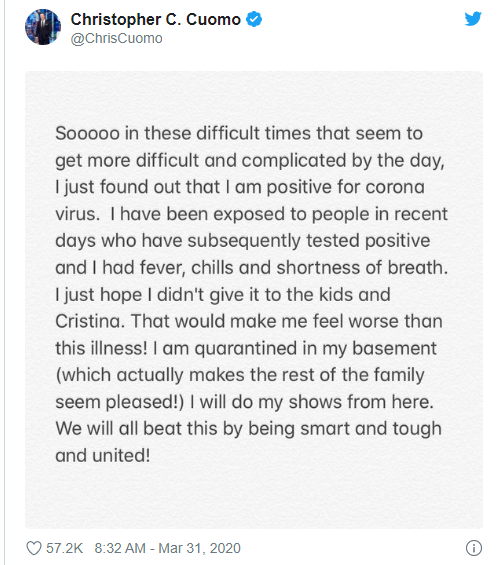 Cuomo was last seen in CNN’s office in New York City on Friday March 27. On Monday night, the anchor broadcast his show from his home, which featured his governor brother joking with him about the basement location of the broadcast.

The good-natured banter on Monday night between the brothers, whose late father Mario Cuomo had served as New York’s governor was widely noted on social media.

Chris Cuomo’s disclosure came after his governor brother briefed reporters on the increasing numbers of COVID-19 in New York state, where the CNN host is now one of nearly 76,000 Empire State residents with the disease.

Commenting on his brother testing positive for the virus, Cuomo said;

“Everyone is subject to this virus. It is the great equalizer. He is going to be fine. He’s young, in good shape, strong, not as strong as he thinks, but he will be fine.

“I spoke to him this morning and he’s going to be quarantined in his basement at home. He’s just worried about his daughter and his kids, he hopes he didn’t get them infected.

“I had a situation with Christopher” after learning that the anchorman had their mother, Matilda Cuomo, over to his house.

“I said that is a mistake, she’s older, and she’s healthy, but I said, ‘You can’t have mom at the house.

“You bring her to the house, you expose her to a lot of thing and you can expose mom to the virus.

“Love, sometimes, needs to be a little smarter than just reactive. It’s my family, it’s your family, it’s all of our families. This virus is that insidious, and we have to keep that in mind. Keep in mind Matilda’s Law, remember who is vulnerable here and protect them.”

The Cuomo Brothers became popular recently due to their live sibling banter on CNN.https://ameyawdebrah.com/bob-marley-legacy-documentary-series-continues-episode-two-women-rising/https://youtu.be/69GGilTIcsE

Related Topics:CoronavirusCovid-19COVID-19 virus
Up Next

END_OF_DOCUMENT_TOKEN_TO_BE_REPLACED

“What do celebrities & influential leaders believe in?” As you know, celebrities and influential leaders are role models for young and old generations, and they can influence society and impact the world negatively and positively. Spiritual leader and multi-award-winning life coach Asim Aliloski has seen that successful people on top of their game have been searching for a higher power. END_OF_DOCUMENT_TOKEN_TO_BE_REPLACED

American rapper, Kanye West has reacted to the news of the end of the relationship between his ex-wife Kim Kardashian and Pete Davidson. END_OF_DOCUMENT_TOKEN_TO_BE_REPLACED

Prosecutors are reportedly asking the federal court to seize about $28K from R Kelly’s prison-inmate account since he has $140,000 in court-ordered fines. END_OF_DOCUMENT_TOKEN_TO_BE_REPLACED

Elon Musk has accused the social media platform, Twitter, of fraudulently holding back information about the company as part of a countersuit. END_OF_DOCUMENT_TOKEN_TO_BE_REPLACED