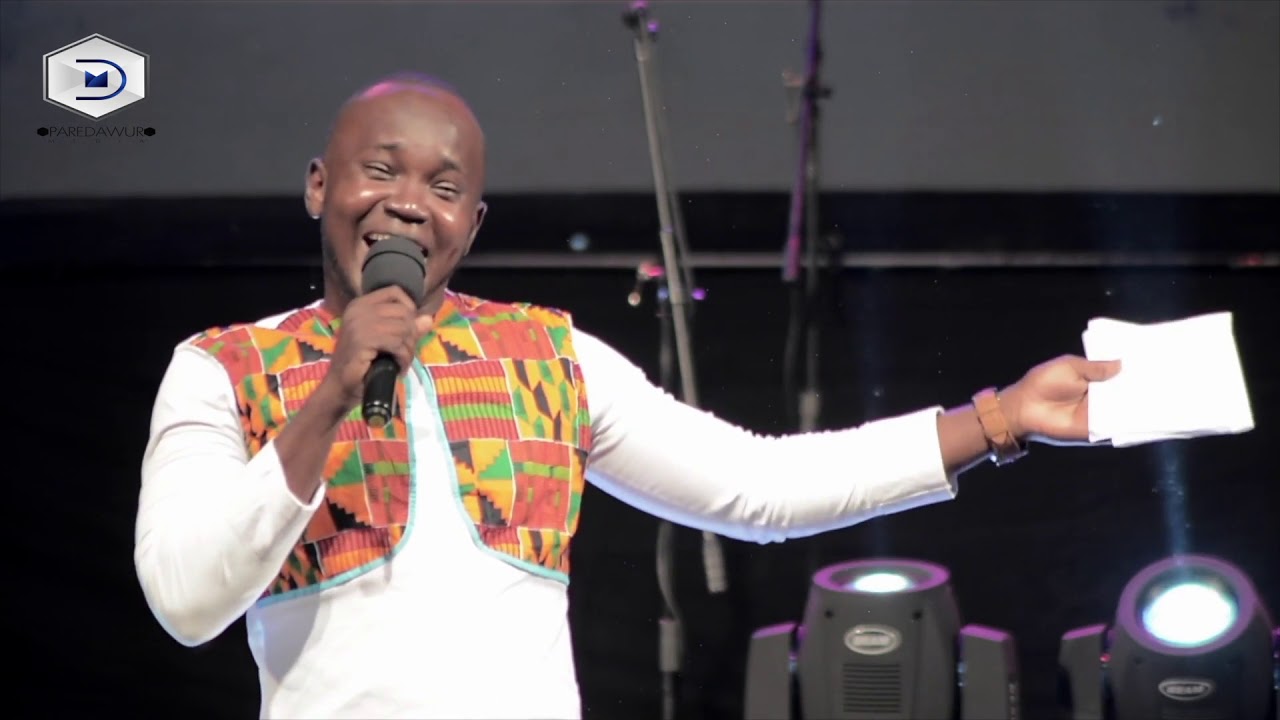 Ghanaian comedian OB Amponsah has rendered an unqualified apology to former President John Mahama for unsavoury comments made about the former president.

The comedian, thrilling the audience to some of his jokes at the just ended ‘December 2 Remember’ event organised by Citi FM, said that ‘Mahama’ means corruption.
This, however, did not go down well with a section of the Ghanaian populace, particularly members of the National Democratic Congress.
Following the backlash received for his joke, the comedian has apologised to Ghanaians and Mr Mahama.

Read full details of apology below. 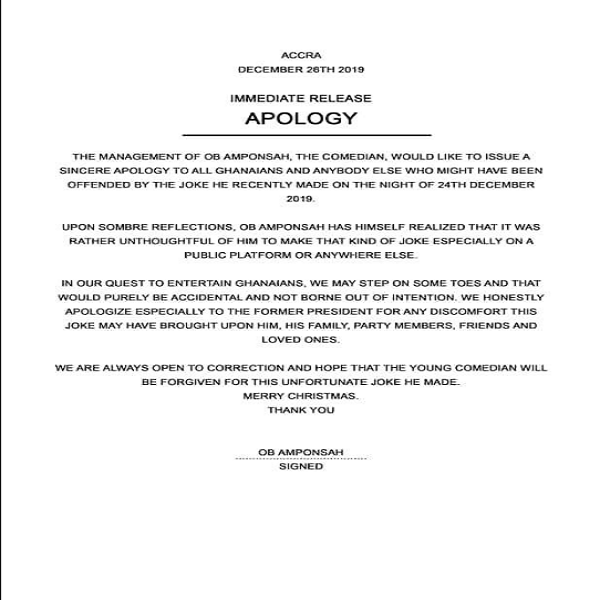 Related Topics:Comedian OB
Up Next

Highly Spiritual Music signee, Lasmid, has stated that he wasn’t expecting his song “Friday night” to reach such great heights within a short time frame. END_OF_DOCUMENT_TOKEN_TO_BE_REPLACED

The 2023 African Cup of Nations, AFCON initially scheduled for Côte d’Ivoire next June will now be held in January and February 2024 due to the concerns over the rainy season in the country. END_OF_DOCUMENT_TOKEN_TO_BE_REPLACED

Bose Ogulu has told her son Burna Boy to “tone down the madness” as she celebrated his birthday. END_OF_DOCUMENT_TOKEN_TO_BE_REPLACED