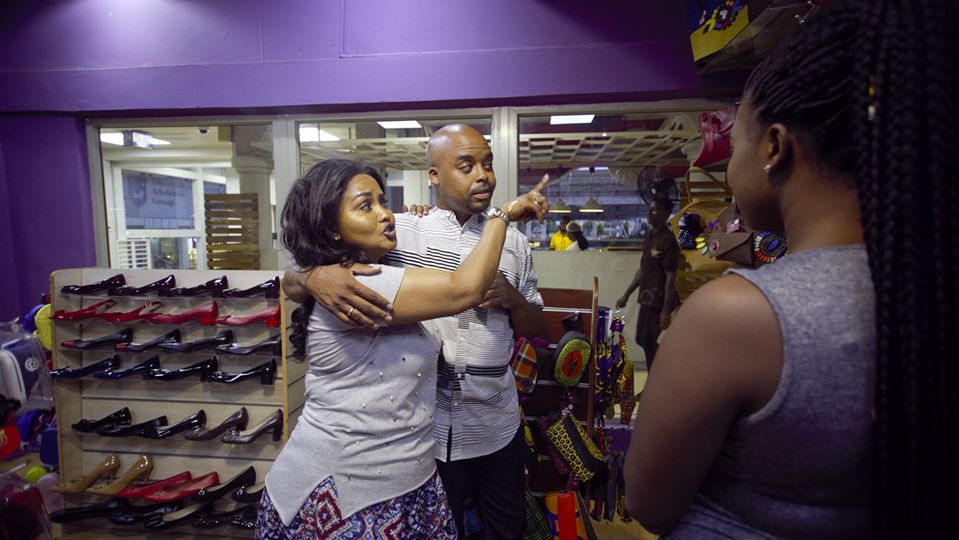 Coming to Africa premiered this past weekend at the 22nd annual San Francisco Black Film Festival.

Utilizing a virtual format, the festival screened over 200 films between Thursday and Sunday. The movie is the fourth feature film by Anwar Jamison, a Memphis-based filmmaker.

In the film, Khalil Kain, most known for his starring roles in Juice alongside Tupac Shakur and Omar Epps, and Girlfriends with Blackish star Tracee Ellis Ross, is a community activist trying to convince his brother to buy into a plan that will solve the problems plaguing their community. His brother, played by Jamison, is a successful financial executive who thinks climbing the corporate ladder is the road to true black empowerment. A rude awakening, in the form of a career crisis, unexpectedly leads him on an amusing adventure in Africa.

The majority of the film was shot in Accra, Ghana, during The Year of Return celebration, and the remainder was filmed in Memphis, TN. “I wanted to make a movie that no other American filmmaker has ever made, and we accomplished that,” explains Jamison. “I wanted to show an African city in a way that we haven’t seen on the big screen in America, and allow people to see that they have nice houses, malls and restaurants just like we do. Class determines your lifestyle no matter where you live.”

Coming to Africa will also screen at the Las Vegas Black Film Festival, which takes place August 6-9, before it’s official release in September, which includes a special premiere event during Labor Day weekend in Memphis. For more information on the movie, visit www.comingtoafricamovie.com.

Caring Volunteers Network (CAVNET), INC, a Ghanaian based Non-Governmental Organization has received approval as a tax-exempt organization under the Internal Revenue Code (IRC) section 501 ( c ) (3) of the United States. END_OF_DOCUMENT_TOKEN_TO_BE_REPLACED

The Adentan Circuit Court on Tuesday, 18 January 2022, issued a warrant for the arrest of Deputy Minister of Tourism, Arts and Culture Mark Okraku Mantey. END_OF_DOCUMENT_TOKEN_TO_BE_REPLACED