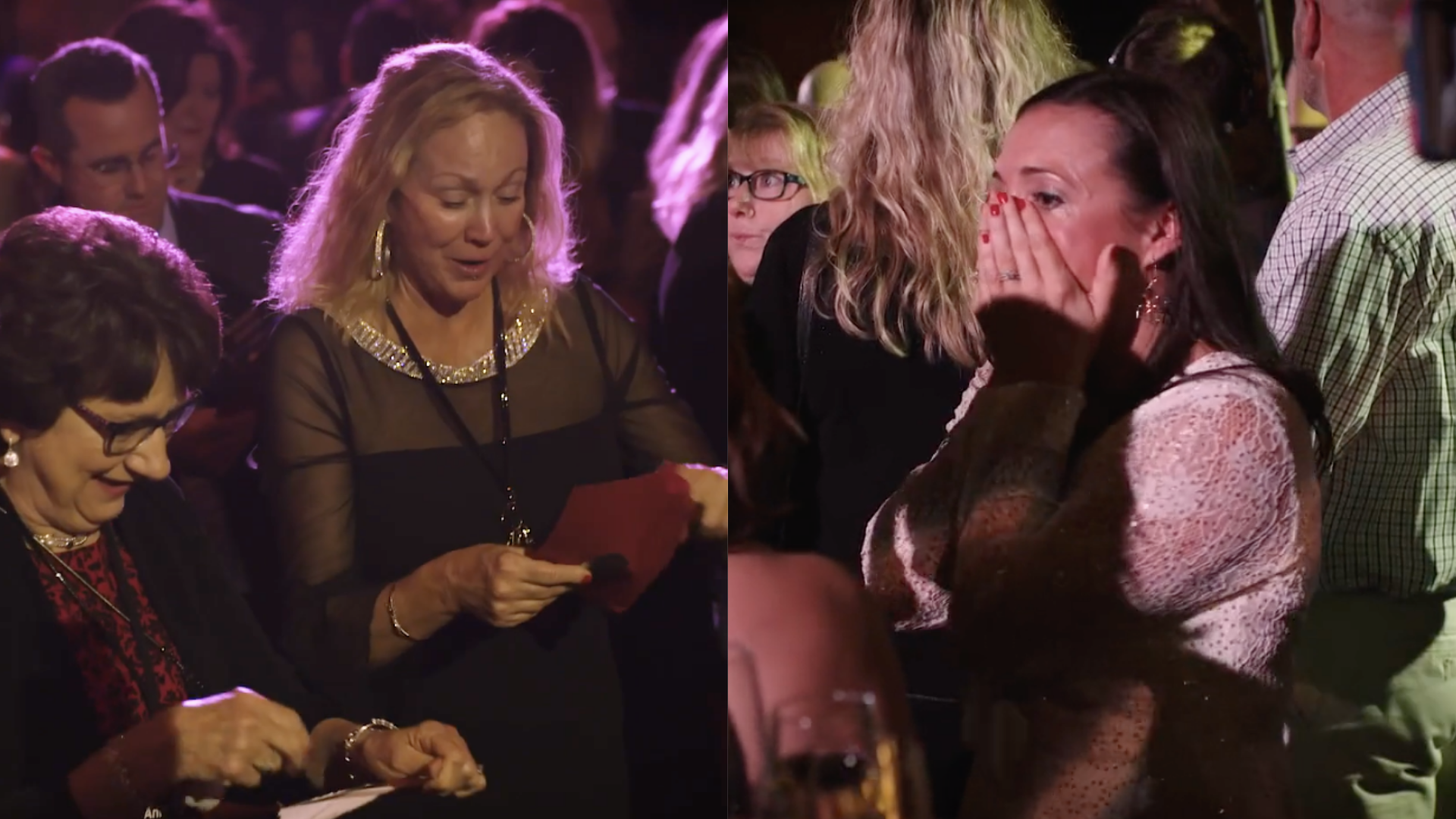 When a Maryland real estate company handed out red envelopes to employees during the annual holiday party on Saturday, no one knew what to expect.

So when the 198 employees of St. John Properties received surprise bonuses averaging $50,000, it was a holiday miracle most didn’t see coming. All the bonuses totaled around $10 million.
“When I opened the envelope, I was in total disbelief,” Stephanie Ridgway, an assistant project manager at the company, told CNN.
“I couldn’t believe I saw what I saw. I don’t even have words to properly describe how I felt, it was just amazing and incredible. I’m still in shock. It’s definitely life changing.”
St. John Properties President Lawrence Maykrantz told CNN the company had reached a major goal of developing 20 million square feet in real estate, doubling the amount in 14 years.
“We wanted to do something to thank all our employees for helping us achieve our goal, and we wanted to do something big,” Maykrantz told CNN.
Each employee received money based on the amount of years they have been working at the company. The smallest amount, $100, was for an employee who was just hired and hadn’t even started at the company yet. The largest bonus was $270,000.
“It was truly one of the most amazing things I’ve ever witnessed in my life. Everyone was all overwhelmed with emotions. They were screaming, crying, laughing, hugging,” Maykrantz said.
“People were lining up to hug us, and kiss us, and shake our hands and they told us story after story of what they’re going to use their bonuses for. People are now debt free, they’re paying off their credit cards, their mortgages, their tuition and student loans.”
The 37-year-old Ridgway a 14-year employee — said she will use the bonus for her children’s college funds.
“I’m looking into some possible investments and some house upgrades, but the majority of the money is going into my children’s future,” Ridgway said.
For the first time in company history, St. John Properties, which has eight different branches, flew in all their out-of-state employees and their guests and covered all airfare and hotel costs for the party.
“We are so proud of our employees. They are the foundation and the reason behind the success of our company. And we wanted a big way to thank them and I think we were successful in doing that,” Maykrantz said.
SOURCE: CNN
Related Topics:Maryland real estate company
Up Next

Manny Pacquiao graduates from the University

Cheryl, 61, and Quran McCain, 24, who became TikTok sensations by sharing details about their relationship with more than 2.3 million followers on just one account (@Kingqurannewpage), have revealed they are willing to spend up to £120,000 on a surrogate to have a baby together. END_OF_DOCUMENT_TOKEN_TO_BE_REPLACED

The BBC has received six complaints against disgraced DJ Tim Westwood over alleged bullying and sexual misconduct, including a historical one that was referred to the police, despite previously insisting it was unaware of any concerns about the DJ’s behaviour. END_OF_DOCUMENT_TOKEN_TO_BE_REPLACED

Amber Heard’s legal teams filed an official motion in court on Friday that the verdict in her blockbuster case against Johnny Depp is thrown out. END_OF_DOCUMENT_TOKEN_TO_BE_REPLACED

US clergyman, Creflo Dollar, has denounced his position on tithing. For many years, Creflo had preached on the importance of Tithing and had informed his congregation that failing to tithe opens the door for devourers to come in and destroy a person’s life. END_OF_DOCUMENT_TOKEN_TO_BE_REPLACED

David Beckham and Victoria Beckham have taken to Instagram to profess their love for each other on their 23rd wedding anniversary. END_OF_DOCUMENT_TOKEN_TO_BE_REPLACED

Chris Brown has said the public is only interested in negative news about him but go silent when he drops an album. END_OF_DOCUMENT_TOKEN_TO_BE_REPLACED