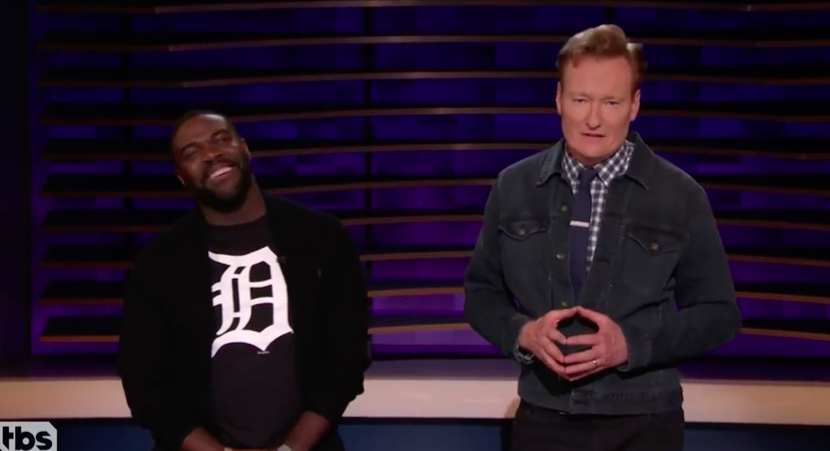 Conan will be shooting his next “Conan Without Borders” special in Ghana and he’s bringing with him,  American-Ghanaian actor, writer, and comedian Sam Richardson, who plays Richard Splett in the hit series ‘Veep’. Richardson was born and raised in Detroit to an African American father and a Ghanaian mother.

Conan’s interest in Ghana was piqued when Sam Richardson shared fun details on his trips to Ghana in a previous interview on the Conan show, sometime in May. In 2015, he also showcased the outrageous special effects in Ghanaian movies on his show.

Conan revealed on the show that he was invited by  Dr. Barfuor Adjei-Barwuah, Ambassador of Ghana to the United States of America. He had a lot of good things to say about Ghana from being a regional power, to the country’s cultural diversity.

Conan Without Borders takes late night host Conan O’Brien to different parts of the globe, proving O’Brien is television’s perfect traveling everyman, with an uncanny knack for diving into a local culture and infusing it with his trademark humour.

Conan O’Brien is best known for hosting several late-night talk shows; since 2010, he has hosted Conan on the cable channel TBS. O’Brien was born in Brookline, Massachusetts, and was raised in an Irish Catholic family. He served as president of The Harvard Lampoon while attending Harvard University, and was a writer for the sketch comedy series Not Necessarily the News.