Gloria Appiah, the ex-wife to former Black Stars midfielder Nii Odartey Lamptey has failed in an attempt to gain 50% share of they football star’s assets, after an Accra High Court ruled that having three children out of wedlock is an “adulterous” life.

According to Starr FM, Justice Cecilia Don-Chebe Agbevey put finality to the bitter divorce battle between the estranged lovers which had lingered on since 2013, on Wednesday afternoon. Gloria Appiah’s motion to be awarded half of each of the ex-footballer’s properties was completed quashed. She has however been allocated Nii Lamptey’s property located at Dome as he had proposed.

The estranged wife has also been ordered to vacate Nii Odartey Lamptey’s 7-bedroom apartment in East Legon within 30 days. The court has awarded 40% of a GHc500,000 cash as alimony to the ex-wife, a cost we understand Nii Lamptey intends to appeal.

Odartey Lamptey said:“I thank God for taking me through this fight successfully because I didn’t know how far I could go. I’m grateful that the toils that I have gone through for the past 21 years did not go in vain. Though I’ve lost a few properties, I’m very content that at the end of this case, I have retained most of them and I’m still alive too.”

“When I was informed that the [three] children were not mine, I know how I felt. Playing the role of a father to children I thought were mine for 21 years and realizing otherwise later, I nearly committed suicide. God gave me renewed energy and courage to withstand these pains and today, I can say I have gotten over them all.”

“And today, with the final judgement, I thank God that my properties, my school and others I have kept them. She can take the little awarded her. Today the divorce has been granted and that burden that was on me is gone. Now, I’m a free and happy man, ready to start life again.”

In 2013, reports emerged that DNA tests had uncovered the fact that the couple’s three children were not indeed fathered by the former World’s best juvenile player.

The impasse emanated from when Gloria wanted Nii Lamptey to send ‘their’ first daughter abroad to further her studies at a cost of £26,000 a year for three years.

Nii Lamptey then objected, citing the fact that the expense was too much and recommending that his daughter schools in Ghana for her University education.
Gloria was reportedly incensed by her husband’s stance and filed for divorce.

Nii Lamptey initially agreed to the divorce but delayed in his response because he reportedly suspected his wife of alleged infidelity.

END_OF_DOCUMENT_TOKEN_TO_BE_REPLACED

Nigerian singer, Daniel Benson, popularly known as BNXN, has finally spoken out after a Swedish lady leaked his nude and bedroom tape of them together. END_OF_DOCUMENT_TOKEN_TO_BE_REPLACED

Kagiso, the first wife of a popular polygamous pastor from Botswana, Seraki Kemmonye Seraki, has said people should not bash her husband for taking a second wife, Mpho. END_OF_DOCUMENT_TOKEN_TO_BE_REPLACED

Award-winning Ghanaian songstress, Wendy Addo, who is popularly called Wendy Shay is set to drop her first EP titled ‘Enigma’.A simple search of the meaning of ‘Enigma’ in any dictionary brings up the meaning; ‘a person or thing that is mysterious or difficult to understand,’ which is to suggest that Wendy Shay is about to tell the story of how difficult it is for people to understand her unorthodox brand. END_OF_DOCUMENT_TOKEN_TO_BE_REPLACED 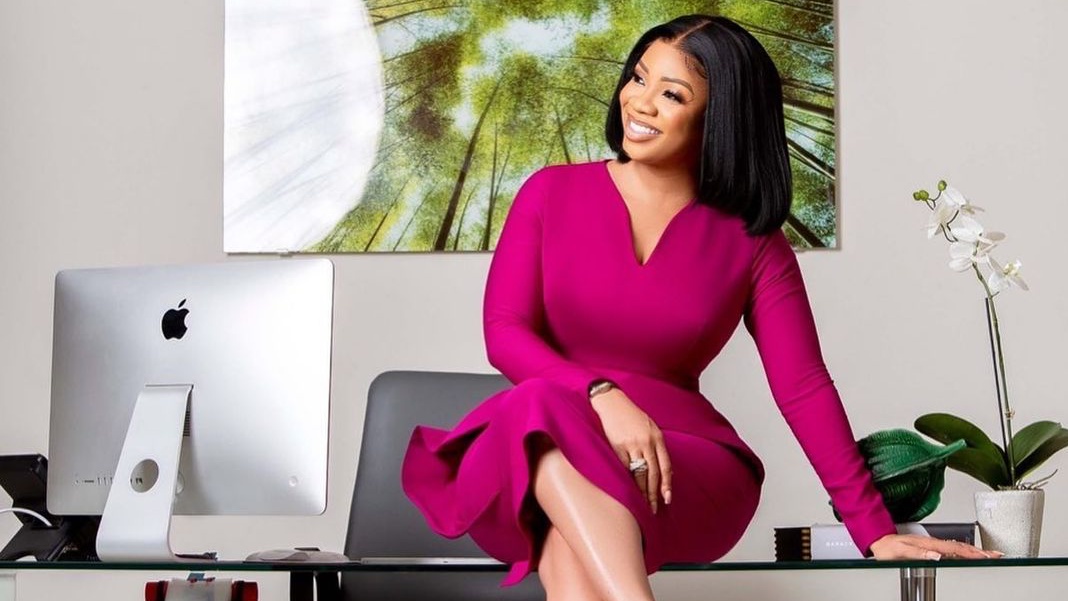 Broadcaster, Serwaa Amihere has revealed that she has a partner. END_OF_DOCUMENT_TOKEN_TO_BE_REPLACED