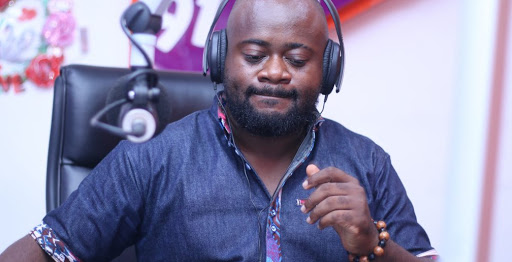 Ghanaian radio presenter has disclosed that he has contracted the virus since 30th November and it hasn’t been easy. “I kinda took things for granted and since 30th November, covid 19 has been dealing with me,” he stated in a tweet.

Detailing how it has been challenging for him, Sammy Forson who works Multimedia’s Joy and Hitz FM, continued that “Never have I experienced being ill like this. Being able to freely breathe is a miracle we take for granted“.

Concluding his tweet which has caught the attention of hundreds of tweeps, the OPA concluded that “I am certainly thankful to be alive” adding that “Covid is real” and reminded his followers to “WEAR A MASK ALWAYS“.

Responding to an adamant fan who didn’t take his message serious and tweeted that “how much them pay you too” Sammy Forson who moved from Live FM to Multimedia, replied him saying that “dude, this is not a joke“.

COVID-19 in Ghana has ever since its outbreak has affected 53,954 people in the country as at 22nd December with 52,675 of the infected people recovering from it and 333 people have been reported to have died from the virus.

Mr. Eazi says he’ll give away his stolen laptop, should the thief return it, since someone bought him one

KiDi has responded to the heavy social media trolling he was subjected to after losing the VGMA ‘Artiste Of The Year’ to Diana Hamilton. END_OF_DOCUMENT_TOKEN_TO_BE_REPLACED

Wiyaala has dropped “Coming With Fire”, her first single for 2022, and follow up to last year’s popular “Yaga Yaga,” and it is an explosive cocktail of positive energy heavily influenced by the work of K.O.G (Kweku of Ghana), an internationally renowned professional UK based musician, artist, songwriter, percussionist, and multi-instrumentalist from Elmina in Ghana. END_OF_DOCUMENT_TOKEN_TO_BE_REPLACED