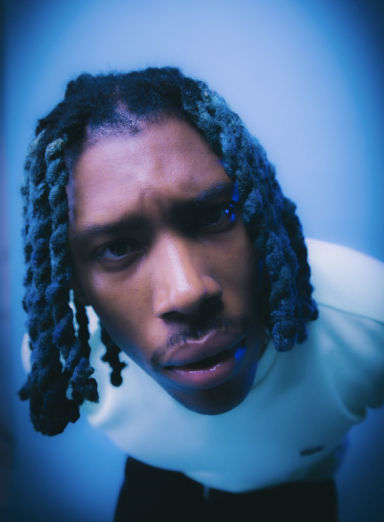 Speaking on the release of the update and video, Santi shares:

“Life is literally a movie, and it’s very important to document your life and times so you don’t become lost in the missing pieces of history.

Subaru Live TV is my way of showing my life and the lives of others around me, I am on a journey that will probably never end, I want to make movies, anime, video games and more music, and Subaru Live TV is a documentation of everything as its ongoing and happening.

“Tapenga” is more or less just a fun day in our lives, we’re always filming and looking for things to shoot and make it as organic and real as possible. That way the emotion and feel of it, lives forever…” ~ Cruel Santino

“Tapenga” is set in the current reality in contrast to the animated world of Subaru Boys that Cruel Santino has been drip feeding fans over the months. The video is a modern interpretation of a traditional Nigerian tradition “Owambe” — a celebration of big events and milestones in Naija culture — shot from the perspective of young adults living in Africa.

Related Topics:Cruel Santino
Up Next

The woman who led the “Me nsa aka ooo” TV commercial 13 years ago to promote MTN’s Mobile Money (MoMo) has been gifted a 2-bedroom house. END_OF_DOCUMENT_TOKEN_TO_BE_REPLACED

It’s difficult to predict where Stonebwoy will be in the coming days, weeks, months, or years. As a musician with a keen interest in pushing his sound to the world and etching his name in the minds of new fans, 2022 has been described as his busiest music year thus far since gaining mainstream recognition in 2012 with Pull Up—seven years after he made his official debut—the musician confirmed this via social media after his last summer show. END_OF_DOCUMENT_TOKEN_TO_BE_REPLACED

Ghanaian actress, Nana Ama McBrown has revealed that there’s absolutely no bad blood between her and her ex boyfriend, rapper, Okyeame Kwame. END_OF_DOCUMENT_TOKEN_TO_BE_REPLACED

Veteran Ghanaian actor, Kofi Adjorlolo has denied claims that he was set to marry the mother of popular Dancehall act, Shatta Wale. END_OF_DOCUMENT_TOKEN_TO_BE_REPLACED